Home > Samsung > Vivo V21 series to launch in India on April 29
The upcoming Vivo V21 series will initially include two models -- V21 5G and V21e.These two devices will be unveiled first in Malaysia on April 27. Similarly, the Vivo V21 5G has been confirmed to launch in India on April 29. Interestingly, it will not be accompanied by the Vivo V21e, GizmoChina reported on Saturday.The upcoming smartphone is likely to flaunt a 6.44-inch E3 AMOLED display with a dewdrop notch, 800 nits peak brightness and HDR10+ support.It will be powered by a MediaTek Dimensity 800U SoC coupled with 8GB RAM, the report said.The smartphone will house a triple camera setup consisting of a 64MP primary sensor with OIS, an 8MP ultra-wide unit and a 2MP macro shooter.The smartphone will include a 44MP selfie camera with OIS.On the software front, the Vivo V21 5G will run Android 11 (Funtouch OS 11.x) and will be backed by a 4,000mAh battery with support for 33W fast charging.According to the report, the device will measure 7.29mm in thickness, weigh 176g and will be available in three colors -- sunset dazzle, dusk blue, arctic white. 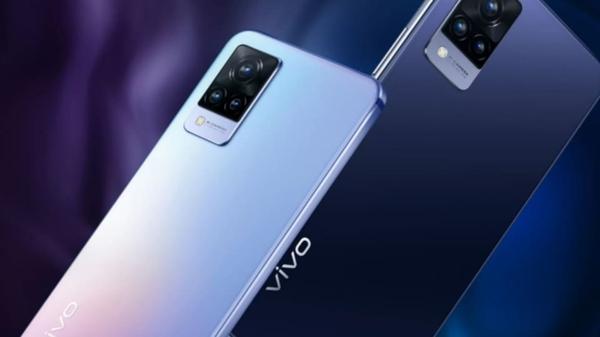