Amazon on Friday announced the launch of Prime Video Channels - a marketplace that will see the company bring content providers like discovery+, Lionsgate Play and Eros Now on one platform - in India.

India is the 12th country to offer Prime Video Channels.

Acting as an intermediary, Prime Video Channels will allow Prime members the option for add-on subscriptions of (over-the-top) OTT services and stream their content on the Amazon Prime Video app and website in India, a statement said.

Customers will need to pay only for the service they choose. At launch, Prime members will get an introductory annual subscription offer made available by the OTT channel partners.

"Over the last 4 years, we have continuously strived to entertain and delight our customers by programming in 10 languages, making available exclusive and original content from India and around the world... With the launch of Prime Video Channels, we now take the next big step in our journey to entertain India by creating a video entertainment marketplace," he added. 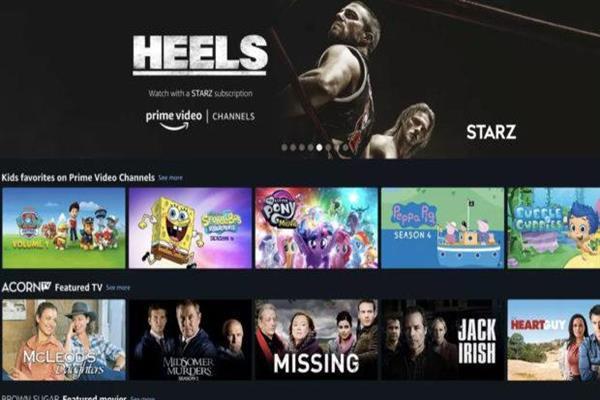 This will not only give customers more entertainment choices but also benefit the OTT Channel partners who collaborate to leverage Prime Video’s distribution, reach and tech infrastructure, he added.

With Prime Video Channels, users can browse in one place, search across all their premium subscriptions and get personalised recommendations. Close to 10,000 additional titles across 8 OTT services will become available to Prime members.

"Our choice of OTT partners for Prime Video Channels is reflective of our diverse and discerning customers’ entertainment needs and interest areas... We look forward to increasing the selection of entertainment even further, with additional channel partners joining in the next few months,” Divan added.

Manorama Max and Shorts TV are offering 30 and 40 per cent discounts, respectively, to the Prime subscribers. MUBI is offering an introductory discount to Prime members at launch.

Amazon - which competes with players like Netflix with its subscription-based Amazon Prime Video offering - has been bolstering its play in the content space in India.

In May this year, Amazon had announced the launch of a video streaming service 'miniTV' in India - a global first - that allows users to watch curated content across web series, tech news, food, beauty, and fashion, among others. The ad-supported service was launched on Amazon's shopping app.