New updates are being added at the bottom of this story…

The Xiaomi Redmi Note 10 Pro is easily the most compelling buy in its price range and offers features and premium feel that are unparalleled by the competition.

While most of its feedback has been positive from both reviewers and users alike, the device hasn’t really been free of issues, most of which have been present since day one.

However, one issue that reportedly started after a recent update is battery drain.

Multiple device owners have reported that following MIUI 12.5, the Redmi Note 10 Pro is unable to last for even a complete day before needing to be plugged in. This happens despite the phone being used for nothing but light stuff.

Battery doing worse since MIUI 12.5 (Redmi Note 10 Pro). Is the battery life worse for all of us, or is it just me? With my usage my phone lasted 2 days plus every time, now it doesn’t even last 1 and a half day.Source 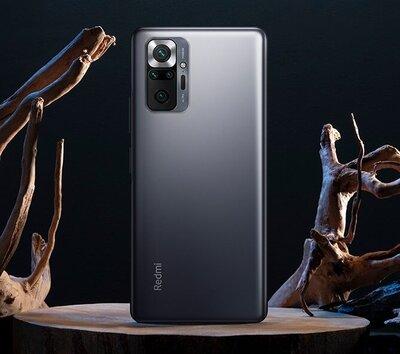 i am using redmi note 10 pro. redmi is claiming 5020 mah battery in it. is it actually exist because it is not lasting a single day even with very light use….pathetic plz don’t buy redmi productsSource

The overnight battery drain has increased significantly as well. A few users report waking up to see that their battery has been drained almost 25%. Ideally, this should be around 5%.

Thankfully, a forum moderator now says that they’ve already reported the issue and that users should wait for upcoming updates.

An ETA for a fix wasn’t provided but it’s likely that the next MIUI 12.5 build will be bringing along further optimizations to smoothen out the rough edges.

In the meantime, you can try out the following user-suggested workarounds.

1. Factory reset: MIUI 12.5 is a major update and forum moderators have continually recommended users to reset their devices in case of any issues. This can be done via Settings > About phone > Factory reset.

About 17-20% of battery was draining just overnight and the phone was always warm then I restored the phone to factory and now battery is working fine. The battery drain is about 1% per 4 hour at no use.Source

After switching off the background apps, battery is working better.Source

We will continue keeping an out for further developments regarding the battery drain issues plaguing the Redmi Note 10 Pro, so stay tuned to our dedicated MIUI 12.5 bug tracker.

The Redmi Note 10 is affected by battery drain issues as well and these have been acknowledged too. It is unclear if the affected version is MIUI 12 or MIUI 12.5, but either way, the problem should be addressed soon.

PiunikaWeb started purely as an investigative tech journalism website with a main focus on ‘breaking’ or ‘exclusive’ news. In no time, our stories got picked up by the likes of Forbes, Fox News, Gizmodo, TechCrunch, Engadget, The Verge, MacRumors, and many others. Want to know more about us? Head here.

Prev: BMW X5: Pros, Cons And Should You Buy One?