The Black Shark 4S is expected to feature a horizontal triple rear camera, while the rear is likely to sport a textured white pattern.

Black Shark, the gaming phone sub-division of the Xiaomi group, is expected to launch their next smartphone, and contrary to previous speculations around it being the Black Shark 5, the smartphone is now all but confirmed to be called the Black Shark 4S. Teaser posters regarding its launch have surfaced on Chinese social media platforms, tipping the official launch date and time of the device, alongside revealing the official name as well. According to this data, Black Shark 4S is now all but confirmed to launch at a launch conference in China on Wednesday, October 13, at 3PM China time, or 12:30PM IST. 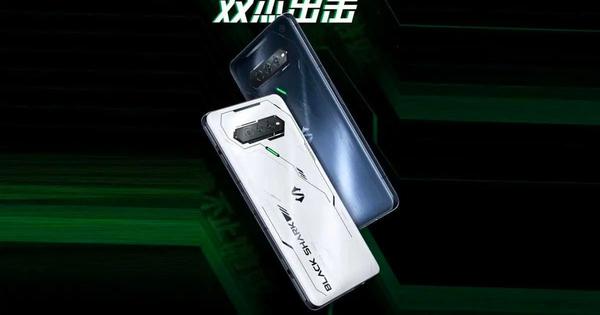 In terms of the overall design, we also seem to have a few official cues, all of which are in line with what speculations have suggested the phone to be. The Black Shark 4S appears to house a horizontal triple rear camera layout that’s similar to the triple camera setup on fellow, competing gaming phone, the Asus ROG Phone 5 series. The camera module has angular edges, which are in line with the X-shaped textured rear design of the phone. The teaser poster has also hinted at a white colour variant, in line with other possible colour variants, too. The Black Shark 4S is also expected to look similar to the previous Black Shark 4, and not offer a lot of changes in terms of the overall design.

As per expected specifications, the smartphone is tipped to feature the Qualcomm Snapdragon 888+ SoC inside. It is also likely to host a 120W fast charging setup for its battery, while the triple rear camera setup is also all but confirmed to feature on the phone. It might be an incremental upgrade over its predecessor, the Black Shark 4 and 4 Pro. The latter featured a 6.67-inch Super AMOLED 144Hz display, along with up to 16GB RAM and 512GB storage. The triple rear camera, meanwhile, was based on a 64MP sensor, while the 120W charging setup claimed to offer 50 percent power to the 4,500mAh battery in just 5 minutes.

With the launch now scheduled for next week, it remains to be seen how the Black Shark 4S lines up, and whether it surprises followers with a bigger change to its design and specifications than what is expected.