Home > HUAWEI > Did Nintendo download a Mario ROM and sell it back to us?

Nintendo's stance on emulation has always been a rigid one. As far as the company is concerned, if you're downloading and playing games from unofficial sources, you're a software pirate.

"It's that simple and not open to debate," says its corporate FAQ.

And yet, here's a thing. If you download the Wii version of Super Mario Bros. using the Virtual Console, there's evidence to suggest Nintendo might have actually repurposed an illegally-copied ROM and then sold it back to us. Surely that can't be the case. Right?

Join me in the video below as we take a look for ourselves.

That's episode three! A little different this time, as we're talking business practice rather than game design - I'm interested to see what you make of it.

Anyway, I like the idea of using this space on the site to add a little extra context for those who want it, as we did with last week's piece on the many lead designers of Civilization. And with the .NES header being such a crucial piece in this story, I thought I'd talk through how exactly we managed to verify its existence in our digital copy of Super Mario Bros. 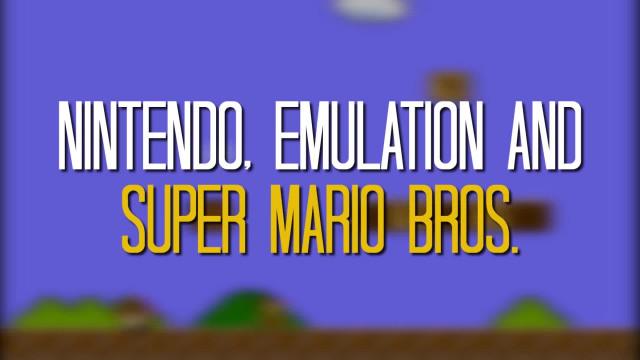 Although the Nintendo Wii allows you to transfer files, including games, to an external storage device, it ensures the device is formatted in a way that makes it very difficult to read on anything other than a Nintendo console. As a result, we needed to use a modified homebrewed Wii that would be able to copy those same files while avoiding the formatting process itself.

Here's what that leaves you with.

As you can see, we were mostly looking at .app files here and so needed to use a hex editor to have a nosy around in the binary data. We already knew from Frank Cifaldi's GDC talk that a .NES header should be located in '00000001.app' and so that's where we started. A quick search of the file (CTRL+F 'NES') and we found it.

The .NES header, originally created by Marat Fayzullin for his iNES emulator, is used to provide emulators with the necessary context needed to recreate a hardware setup that changed with each and every cartridge. Finding it in this Nintendo-published version of Super Mario Bros. felt like a sign we were heading in the right direction.

At this point I contacted Fayzullin himself, providing him with the files we'd obtained. He then compared this with various pirated Super Mario Bro. ROMs found online and discovered the ROM content was identical.

"There are minute differences between ROM dumps," explained Fayzullin. "Depending on the cartridge version and how it has been dumped. If you see that your .NES file DOES NOT match any of the ones found online, it is likely to be their own ROM dump. I have cut the ROM content out of the Wii file you sent me and it indeed matches the .NES file found online."

As you hopefully saw in the video, we asked Nintendo for comment on this story, and although it denied using ROMs downloaded from the internet, it decided against explaining these peculiarities.

Thanks to the lovely lot at Digital Foundry for their help on this one!