An American Airlines flight from Los Angeles to Washington, D.C., made a rapid emergency landing in Kansas City, Mo., on Sunday afternoon after an unruly passenger tried to break into the cockpit and then attempted to open an exit door, witnesses said. 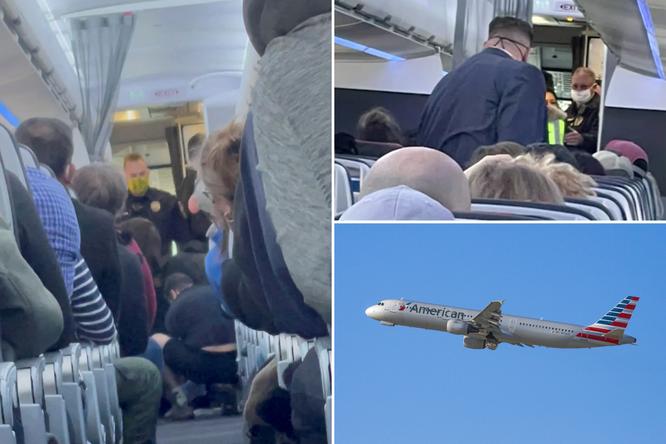 The passenger was subdued by crew members and other passengers. He was taken into custody after the flight landed.

Stacy Day, a spokeswoman for the airline, said that the passenger was “ultimately subdued by our crew and with the help of other passengers.”

Prev: Did Nintendo download a Mario ROM and sell it back to us?

Next: Ukraine: Zelenskyy condemns NATO over no-fly zone decision — as it happened