The HTC One (M8)is now official and most of the rumors we've seen so far came out true. The smartphone sports a unibody made of 90% metal as opposed to 70% for its predecessor giving it an even sleeker look.

The One (M8) screen has been bumped from a 4.7" unit to a 5", while retaining the 1080p resolution. Side bezels have been slimmed down and hardware keys have been replaced by on-screen ones so the difference in size compared to the original One is minial.

The front-facing BoomSound stereo speakers that we so enjoyed on the original One are back for another round with the M8. This year's HTC flagship is said to be 25% louder, too. 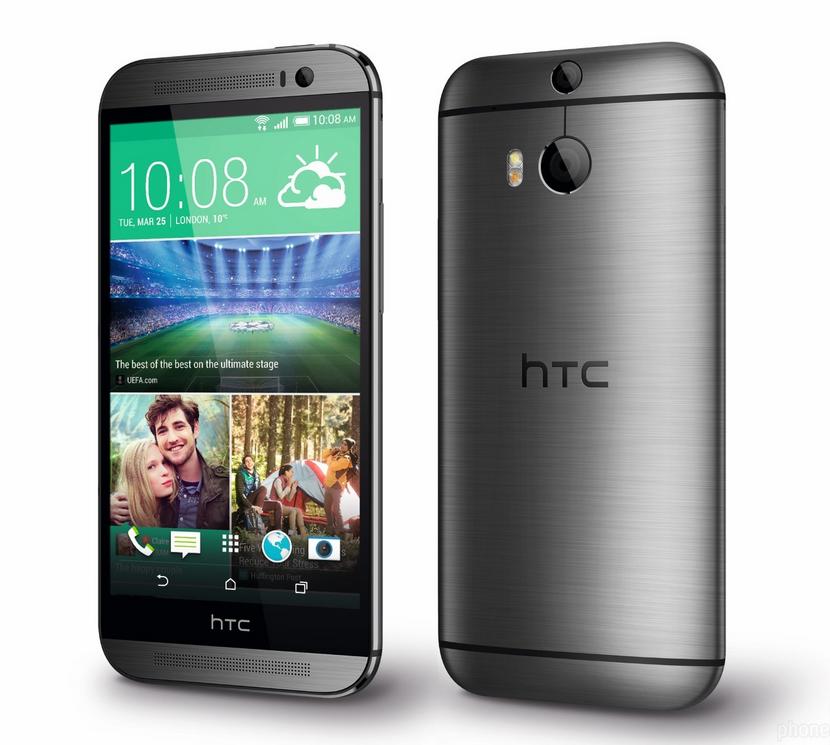 The Android version is 4.4 KitKat with Sense 6 on top. One of the coolest new features brought by the updated package is Motion Launch, which lets you quickly open the camera or unlock the phone while the screen is off. Picking up the One (M8) in landscape mode and pressing the volume button will launch the camera. There's double tap or slide up from the bottom to wake the phone. While locked you can pick up the phone in portrait mode and swipe left on its screen to launch the widget panel or right for BlinkFeed.

A newly introduced extreme Power Saving Mode promises to give you up to 30 hours of running by using just 10% of the One (M8)'s 2,600 mAh battery. Zoe has also been updated and can take 20 full-res stills coupled with video in just three seconds. The Sense 6 launcher itself has been moved to the Play Store in an attempt to streamline the update process.

The camera department of the HTC One (M8) features a 4MP camera with1/3" sensor, 2 micron-sized pixels and f/2.0 aperture plus a second camera located above it meant to gather depth information. HTC calls this Duo Camera. It mimics the stereoscopic abilities of the human eye - two independent lenses able to calculate the relative distance of the subjects in an image. HTC's dual camera setup enables cool effects such as selective focus (shallow depth of field) and post-shot refocusing.

The front-facing camera is a wide-angle 5 MP unit making it a huge jump from last year's 2.1 MP.

Unfortunately, the optical image stabilization of the original One is now gone, and the One (M8) will rely solely on digital stabilization to do its magic. Similarly to Apple, HTC has improved the flash of the smartphone by using a two toned one - one cold and one warm LED, which can help the smartphone produce more accurate color tones in low-light conditions.

The HTC One comes with a variety of accessories like the Flip Case, Double Dip case (each in three colors), Dot View case (showing you alarms, events, calls, battery, weather and more in a colorful dotted way) and more.

Coming in Gunmetal Gray, Glacial Silver and Amber Gold the HTC One (M8) will be available in select markets starting today. It will roll out across 230 carriers in Europe, North America, Asia-Pacific, China, Africa and the Middle East.