The guests who gathered for the Beverly Hills Bar Association’s annual“Entertainment Lawyer of the Year” dinner nearly five years ago mayhave anticipated another of those dreary evenings—one more oxymoronic“lawyers’ gala,” filled with the customary droning speeches and lameattempts at fun. But the honoree for 2012 was different. It was MartySinger. Nothing about him is dull—especially the company he keeps.

So, the crowd was bigger than usual, with around 400 people crowded intoa ballroom at the Beverly Hills Hotel. The commemorative program wasfatter and more star-studded, with ads from, among many others, StevenSeagal, Eddie Murphy, Nicolas Cage (“Thanks for being the best lawyerin the world”), Stevie Wonder, and Mike Myers (“Yea, though I walkthrough the valley of San Fernando, I fear no man: for my litigator is amean son of a bi@*#”). And the videotaped tributes were morespectacular, with cameos by James Caan, Sylvester Stallone, BruceWillis, Magic Johnson, Marie Osmond, Paula Abdul, and ScarlettJohansson. “Marty Singer, Marty Singer . . . you lifesaver, you!”Johansson purred. “You are a real-life superhero.”

Even TMZ, which covers the pratfalls of so many Singer clients soassiduously, weighed in on the tape. Its founder, Harvey Levin, recalledhis very prototypical first encounter with Singer (“He called andthreatened me”), and then various subalterns wisecracked about Singer’strademark manner (blustery), appearance (semi-portly), and work habits(dogged). A TMZ staffer named Mike described Singer’s attempt to protectthe Olympic-gold-medalist snowboarder Shaun White. “There was [sic]naked photos floating around, and Marty Singer called me at like eighto’clock on a Sunday and said, ‘You can’t put “Triple X” in theheadline!’ ” he gushed. “And I’m like, ‘He’s on top of a naked girlwith his balls showing, with all the red hair—what do you mean I can’tsay it?’ He says, ‘You can’t say “Triple X!” There’s nopenetration!’ ”

Joining Singer at the head table was one of his most stalwart clients,Arnold Schwarzenegger, and perhaps his most remunerative one, JohnTravolta. (Fending off—or burying—all those allegations of gayassignations can be extremely lucrative.) But what really made theevening memorable were the speakers—stars who appeared in ascendingorders of magnitude. The M.C. was Tom Arnold, whom Singer has seenthrough four weddings and more than 20 years’ worth of legal problems.He praised Singer for that rarest of elements on Hollywood’s periodictable: loyalty. When he and Roseanne Barr split, he recalled, Singer,unlike just about everyone else in town, stuck with him, even thoughBarr (“a fucking walking lawsuit”) generated vastly more billablehours. He told of asking Singer to enforce the confidentiality agreementhe and Barr had made during their divorce, one he’d believed she’dbreached by going onSaturday Night Live and proclaiming to all theworld that his penis is only three inches long. “Marty is passionate,but he’s also very honest,” Arnold explained, “and he’s like, ‘Well,do you have a three-inch penis?’ ” 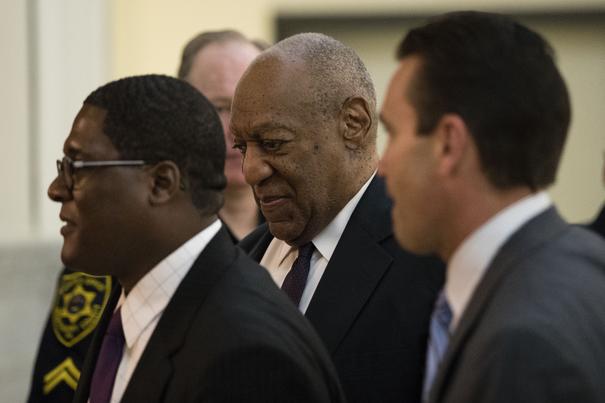 The director William Friedkin then declared that “there are two wordsthat strike fear in the hearts of every network head or studio chief,”and paused pregnantly. “Marty Singer!” the crowd dutifully chantedback. Then Sharon Stone slunk to the microphone. “You call Martybecause Keyser Söze is a fictional character,” she said. “You callMarty because you need someone like Mike Tyson in the Holyfield fight.”And with that she made the sound of chomping into something, like anear, then spitting it out. “Marty is such a badass motherfucker,” shewent on. “When people give me a hard time, I just c.c. Marty,” shesaid, snapping her fingers. “And very rarely do they considercontinuing with their harassment of Sharon Stone.” She, too, extolledSinger’s loyalty, nearly choking up as she did: whenever she hadstumbled or been pushed, she said, it was Singer who’d reached out andpulled her back up.

Next up was everybody’s favorite train wreck: Charlie Sheen. AmongSinger’s many, many other rescue missions, he had recently gotten WarnerBros. to pony up for dropping Sheen fromTwo and a Half Men. “I got ahundred million reasons to say, ‘Thank you, Marty,’ ” Sheen said. Buthe was just warming up. “A lot has been said about my past exploits,but trust me, I never screwed any hooker as hard as Marty screwed WarnerBros.,” he went on. “Marty Singer might be the only person who’sfucked more people in Hollywood than I have.”

But nowhere in sight, not even in the printed program, was the man who’dsoon supplant Sheen as Singer’s most notorious client: Bill Cosby. Thetwo were then working together, closely and happily. “Get Marty forme!” Cosby would periodically tell aides—and part of what Singer hadto celebrate that night was keeping a lid on charges that Cosby haddrugged and sexually assaulted all those women. “He’s like amasseuse,” Sheen had joked about Singer. “He’s hands-on, gets paid bythe hour, and you always, always—always—get a happy ending.” Butwith Cosby it hasn’t been so. Two years later, the lid on the Cosbycases finally blew. And in the middle of it all, Cosby and Singerquietly, and mysteriously, parted ways.

At $950 an hour (likely to rise this year)—and ever on call, evenwhile playing golf at the Brentwood Country Club (the place took arecord two years to admit him) or on a cruise—Martin Dori Singer, 64years old, born and raised in Brooklyn, is Hollywood’s conciergeconsigliere. He has remained so for 30 years or more, even as thecompetition grows and the Internet has made his business ever morefrantic and complex. More than any other Hollywood lawyer, Singer,seeing celebrity coverage metastasize from checkout lines to televisionto Twitter, has colonized territory other lawyers have shunned, andturned garbage into gold.

Geeky-looking and heavyset (a Marvin Hamlisch type) and utterlyunaltered (a couple of chemically or surgically enhanced specimens,Schwarzenegger and Sheen, have delighted in ridiculing his appearance),Singer is a throwback: the scrappy, working-class, self-made son ofEuropean Jewish immigrants, who studied nights at C.C.N.Y. and BrooklynLaw School rather than go off to fancier places so that he could supporthis newly widowed mother (a survivor of Auschwitz) and little sister.Nearly 40 years after decamping to Los Angeles, where various snooty lawfirms spurned him, the scent of Eau de Canarsie still clings to Singer.His hardscrabble origins, he believes, have given him a greatcompetitive advantage over sun-softened locals. “The California lawyershad the surfer’s mentality, which was ‘Hey, 5:30, 6 o’clock, rather gosurfing now’ or ‘I’ll get to it tomorrow,’ ” he told me in aconference room at Lavely & Singer, the Century City law firm heestablished with John H. “Jay” Lavely Jr. in 1980. He’d justapologized for keeping me waiting—busy killing a story for a client,he explained.