Google's new Android 4.4 KitKat OS is now rolling out to those with the HTC One Google Play edition.

The Verge noted that its HTC One got the update this morning, while those on the XDA-Developers forum reported the same thing.

The 305MB update boosts the device to Android 4.4 KRT 16S, and includes recent fixes to radio connectivity and encryption bugs. It doesn't, however, include the Nexus 5's "Google Experience Launcher," which adds features like a Google Now option to the home screen, The Verge said.

Developer versions of smartphones run "stock" Android, or a version of Google's OS stripped of manufacturer add-ons, like Samsung Touchwiz or HTC Sense. The HTC One developer edition made its debut in March for $649, but PCMag's Sascha Segan gave it low marks for only working properly on AT&T.

For those impatient users dying to break off a piece of Android's KitKat, an XDA user captured the OTA download link, and posted it online.

Neither HTC nor Google immediately responded to PCMag's request for comment. 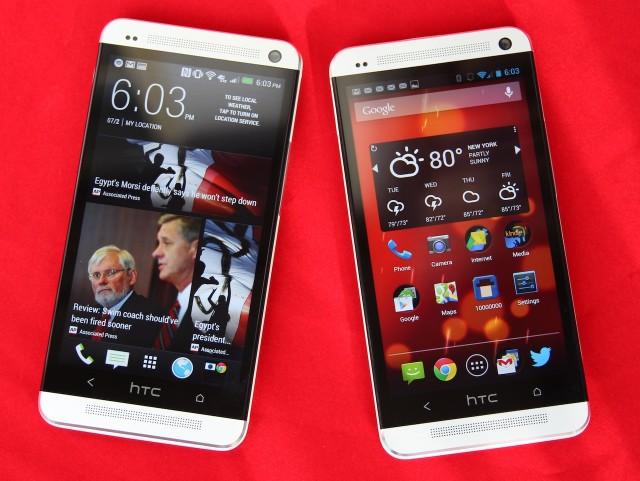 KitKat rolled out on Oct. 31 on the Nexus 5. Shortly thereafter, HTC pledged to roll out KitKat to the Google Play HTC One, followed by the unlocked and carrier versions within 90 days. KitKat has also rolled out to Moto X users on Verizon Wireless as well as the Nexus 7 and 10.

Meanwhile, if you're looking for something with a little more bling, the HTC One Gold (pictured) is now available in Europe for pre-order.

This is not the limited-edition 18-carat HTC One, only five of which were produced for last month's MOBO (Music of Black Origin) Awards in Glasgow.

The much less pricey gold-colored HTC One was leaked in September, just days after Apple unveiled its new gold iPhone 5s. The 4.7-inch gold HTC One sports a 1.7GHz quad-core processor and the same software features as other HTC One models, which also come in silver, black, blue, and red.

For more, see PCMag's reviews of the HTC One Google Play edition and HTC One, as well as the slideshow above.

Get Our Best Stories!

Sign up forWhat's New Now to get our top stories delivered to your inbox every morning.

This newsletter may contain advertising, deals, or affiliate links. Subscribing to a newsletter indicates your consent to our Terms of Use and Privacy Policy. You may unsubscribe from the newsletters at any time.

Thanks for signing up!

Your subscription has been confirmed. Keep an eye on your inbox!

Next: Android 4.4 KitKat update rolling out to Google Play edition HTC One and Samsung Galaxy S4