So, here’s the thing: I get accused of picking on Nintendo a whole lot. But please know, it’s not that Iwant to pick on them, it’s just that they make it so damned easy to. I’m a golfer, okay? If I have a club in my hand and suddenly a ball on a tee appears before me, I’m going to hit that ball every time without hesitation. You will recall that a couple of years back, Nintendo opened up a new front on its constant IP wars by going after ROM and emulation sites. That caused plenty of sites to simply shut themselves down, but Nintendo also made a point of getting some scalps to hang on its belt, most famously in the form of RomUniverse. That site, which very clearly had infringing material not only on the site but promoted by the site’s ownership, got slapped around in the courts to the tune of a huge judgement against, which the site owners simply cannot pay.

But all of those are details and don’t answer the real question: why did Nintendo do this? Well, as many expected from the beginning, it did this because the company was planning to release a series of classic consoles, namely the NES mini and SNES mini. But, of course, what about later consoles? Such as the Nintendo 64?

Well, the answer tothatis that Nintendo has offered a Nintendo Switch Online service uplift that includes some N64 games that you can play there instead.

After years of “N64 mini” rumors (which have yet to come to fruition), Nintendo announced plans to honor its first fully 3D gaming system late last month in the form of the Nintendo Switch Online Expansion Pack. Pay a bit extra, the company said, and you’d get a select library of N64 classics, emulated by the company that made them, on Switch consoles as part of an active NSO subscription.

One month later, however, Nintendo’s sales proposition grew more sour. That “bit extra” ballooned to $30 more per year, on top of the existing $20/year fee—a 150 percent jump in annual price. Never mind that the price also included an Animal Crossing expansion pack (which retro gaming fans may not want) and Sega Genesis games (which have been mostly released ad nauseam on every gaming system of the past decade). For many interested fans, that price jump was about the N64 collection.

So, a bit of a big price tag and a bunch of extras that are mostly besides the point from the perspective of the buyer. Buy, hey, at least Nintendo fans will finally getsome N64 games to play on their Switch consoles, right? 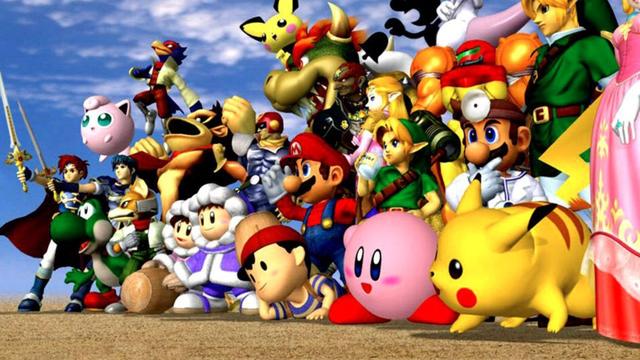 Well, it turns out that Nintendo’s offering cannot come close to matching the quality of the very emulators and ROMs that Nintendo has worked so hard to disappear. The Ars Technica post linked above goes into excruciating details, some of which we’ll discuss for the purpose of giving examples, but here are the categories that Nintendo’s product doesworse than an emulator on a PC.

If that seems like a lot of problems compared with emulators that have been around for quite a while, well, ding ding ding! We’ll get into some examples briefly below, but I’ll stipulate that none of the issues in the categories above areincredibly bad. But there are so many of them that they all add up to bad!

Let’s take the problems around how N64’s blur is used, or not used in this case.

This issue rears its head much more often in The Legend of Zelda: Ocarina of Time, which avid speedrunner ZFG1 detailed at length in a seven-hour stream shortly after the NSO Expansion Pack went live. The pack’s issues with inaccurate blur become immediately evident in that classic game’s opening zone of Kakariko Village. In that zone, the looming Deku Tree normally hides in a massive field of fog above hero Link’s head. In the current NSO version, on the other hand, the blur is absent, revealing an unseemly low-resolution sprite. Worse, Nintendo originally used selective fog placement as a way to guide players’ attention towards points of interest in the village, yet these fogs have now been erased.

Anyone who’s looked into the NSO Expansion Pack’s launch has almost certainly seen ZFG1’s most glaring discovery, as well: the game’s Water Temple battle against a “shadow” version of Link, which takes place in a foggy, open-air zone surrounded by reflective water. On Switch, this room pares back the fog effect almost entirely. Worse, it fails to properly cast reflections on the water’s surface, which changes the aesthetic tone of the subsequent, harrowing battle.

This sort of thing breaks immersion and the overall feel and flow of a game. And theLegend of Zelda example is not isolated.

As to the way controls are handled, well…

In Ocarina of Time and Star Fox 64, constant C-button access is imperative for proper control in ways that don’t suit removing your fingers from the primary A and B action buttons. Yet instead of making those crucial C buttons available at all times, Nintendo bolts only two of them on the ABXY array. Players are then required to use an awkward shortcut system to access those buttons: hold the “ZR” button, which temporarily “shifts” the ABXY array to become the four C-button directions.

If this all strikes you as minor details not worth being upset over, I have two responses. First, you are probably not a huge fan of these classic Nintendo titles and systems, because these “minor” things represent a massive break from the experience you have in your head playing these games. Given that the sales pitch for this NSO uplift is all about nostalgia, that freaking matters!

And second, fans of these titles had abetter product to give them what they wanted: the emulation sites Nintendo shut down. Granted, getting ROMs from those sites without owning the original certainly was/is infringing activity… but if Nintendo was going to slay the piracy dragon in favor of its own offering, that offering should atleast be on par with the emulators, no?

Because in the end, here’s the reality: Nintendo worked hard to prevent fans of antiquated games and systems from enjoying those games in order to get them to buy an inferior product. Love Nintendo, hate Nintendo, that’s the stark reality. And it’s a shitty look for a company.