Home > HUAWEI > OnePlus 7T or OnePlus 7T Pro? Based on specifications and price, here's the one you should buy

Whether you love it or hate it, OnePlus is a brand that you can't ignore anymore. The Chinese brand has been consistently coming up with stellar smartphones and for this festive season in India, it has launched the OnePlus 7T series. We played around with the OnePlus 7T a few weeks ago and undoubtedly it's our pick of the year for the most complete smartphone under Rs 40,000. In fact, save for that controversial camera design, there's almost nothing you find wrong with the OnePlus 7T.

However, for OnePlus, the 7T wasn't enough and hence, came along the OnePlus 7T Pro. The OnePlus 7T Pro is a bigger and more polished version of the OnePlus 7T and since it's based on the brilliant OnePlus 7 Pro that we also liked, it only gets better for a premium smartphone buyer. And if the regular version isn't enough for you, there's a dashing McLaren Edition that throws in a bit of sportiness inspired from the McLaren racing team in Formula 1.

Both the phones are, therefore, great and it is natural for these two to create a buyer's dilemma. The OnePlus 7T will appeal to those who want to get the best deal but the OnePlus 7T Pro will appeal to the inner geeks. And given that there's a massive price difference between these models, we decided to dissect these two to see whether one is worth more than the other one.

At first glance, quite a lot seems to be the same.

--Both the 7T and 7T Pro sport 90Hz refresh rate screens with support for HDR10+.

--They come with triple rear cameras with the same 48-megapixel Sony IMX586 sensor.

--Warp Charge 30T is also common to both the phones. 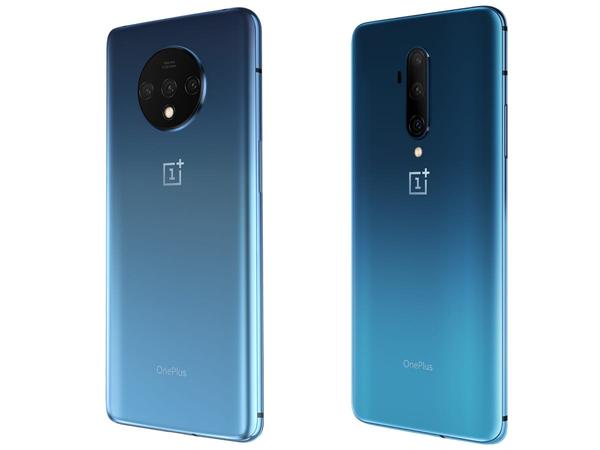 --The Qualcomm Snapdragon 855 Plus chipset with UFS 3.0 storage and 8GB RAM is standard to both the phones.

--They have frosted matte finish on the glass rear panels.

--Oxygen OS 10 based on Android 10 is common to both these phones.

So is there any sense in putting your money on the OnePlus 7T Pro?

To the value-conscious buyer, the answer is a straight NO. However, if you are after the best OnePlus user experience, then you should read ahead.

--On paper, both the 7T and 7T Pro have seemingly identical triple cameras at the back. However, there's a difference in what both these cameras systems can do. The OnePlus 7T gets a 48-megapixel main camera along with a 16-megapixel wide-angle camera and a 12-megapixel telephoto camera with 2x optical zoom. The OnePlus 7T Pro's setup only differs with its 8-megapixel telephoto camera that can zoom up to three times. However, there's a difference in image processing and the OnePlus 7T Pro's camera has a slight edge on the image quality over the OnePlus 7T. And the 3x zoom is certainly more useful than the 2x zoom.

So, what's the conclusion?

It's simple and I started it right at the beginning.

The OnePlus 7T is a great all-rounder smartphone with unmatched value in the premium smartphone space. It's got all the bells and whistles that OnePlus has to offer albeit in a lower state of tune. Starting at Rs 37,999, there's no other smartphone that can match the OnePlus 7T in sheer value, save for the Asus ROG Phone 2 which is a powerhouse for mobile gamers. For most consumers, the OnePlus 7T is the ultimate Android phone to buy this festive season.

The OnePlus 7T Pro, on the other hand, is the best OnePlus experience you can get. The uninterrupted and beautiful display with no notch along with the slightly superior camera and faster charging system is meant for the power users who don't like any compromise. It's pricey at Rs 53,999 but it's best Android phone experience you can get at the moment.

Bonus tip: You can save yourself almost Rs 9,000 and get almost a similar experience from the OnePlus 7 Pro that now starts at Rs 44,999. It offers the slightly older Snapdragon 855 chipset, 6GB RAM, no macro mode in the camera and slightly slower 30W charging system.

Next: The 100 Greatest Music Videos of the 21st Century: Critics’ Picks