Home > HUAWEI > Realme 3i review: painting a target on the back of the Redmi 7 Design and display Software, performance and battery Cameras The competition Should I buy it?

Xiaomi has single-handedly dominated the budget segment in India for several years now. Many brands including Micromax tried to take on the Chinese giant, but were unsucessful. OPPO-offshoot Realme, which entered the market last year, surprisingly proved to be a worthy contender to Xiaomi within a short time span. Recently, the company launched the Realme 3i, which not only bridges the gap between its own Realme C2 (review) and Realme 3, but goes head-on with the Redmi 7. To find out how the Realme 3i stacks up against its worthy opponent, I put my SIM in it and used it for a better part of a week.

Design and aesthetics have always been Realme’s forte as the brand was incepted with youth in mind. The unique diamond-cut finish that was seen on its debut Realme 1 has been a recurring characteristic in Realme offerings and still manages to catch the eye. This time around, the phonemaker has laser-etched the diamond pattern in the plastic body, which gives it a distinctive in-hand feel. Moreover, the curved edges on the back and even weight distribution make it comfortable to hold as well. At 8.3mm, the Realme 3i is pretty sleek as well.

Realme is offering the 3i in three colourways – Diamond Black, Diamond Blue and Diamond Red. While I was more intrigued by the Diamond Red variant that has a red and purple gradient, the Diamond Blue variant that I have in my hand is also a stunner. Thanks to the gold trim around the vertical camera module and fingerprint scanner, the smartphone looks more premium than it is. Realme has also added a yellow trim around the main camera lens to add more detail. The rear panel of the 3i is basically the same as the Realme C2 with the exception of vertical camera module and fingerprint scanner. The fingerprint scanner as well as the integrated face unlock are pretty fast and accurate.

I personally prefer the matte finish on the Realme 3i since it doesn’t pick up smudges or micro-scratches that accumulate over time. Speaking of the back panel, the rear camera module juts out slightly, but not enough to make the phone wobble on a flat surface. As for the other elements, the power button and volume keys are located on the right and left sides of the phone, respectively. You will find the 3.5mm audio interface, loudspeaker and micro-USB port at the bottom. The dual SIM card tray with a dedicated microSD card slot is placed above the volume buttons.

That brings me to the element that’s out of ordinary in the budget segment. The Realme 3i is one of the few phones in the sub-Rs 8,000 segment to flaunt a waterdrop notch display. The phone ships with a 6.2-inch HD+ screen offering 19:9 aspect ratio and a screen-to-body ratio of 88.30 percent. The display is also protected by a layer of Corning Gorilla Glass 3.

As for the visuals, the display is quite punchy and vivid, however, struggles with legibility in direct sunlight. The immersive screen is ideal for watching videos on the go, but it only has Widevine L3 support which means you cannot enjoy Netflix, Youtube or Amazon Prime in HD. Apart from this, there are no major grouches with the display considering the price point. You get the standard night shield and colour temperature adjustment features integrated into the software.

Speaking of the software, the Realme 3i boots Color OS 6 interface garnished on top of the Android 9 Pie. As usual, the interface has all icons laid out on the homescreen and also has a drawer in this iteration. The software also has its fair share of bloatware, but doesn’t feel cluttered. Most of the bloatware on the smartphone can be uninstalled, except for the ‘Hot Apps’ and ‘Hot Games’ folders, which display advertised apps and games. While they can be removed from the homescreen, they don’t really go away and are present in the app drawer. 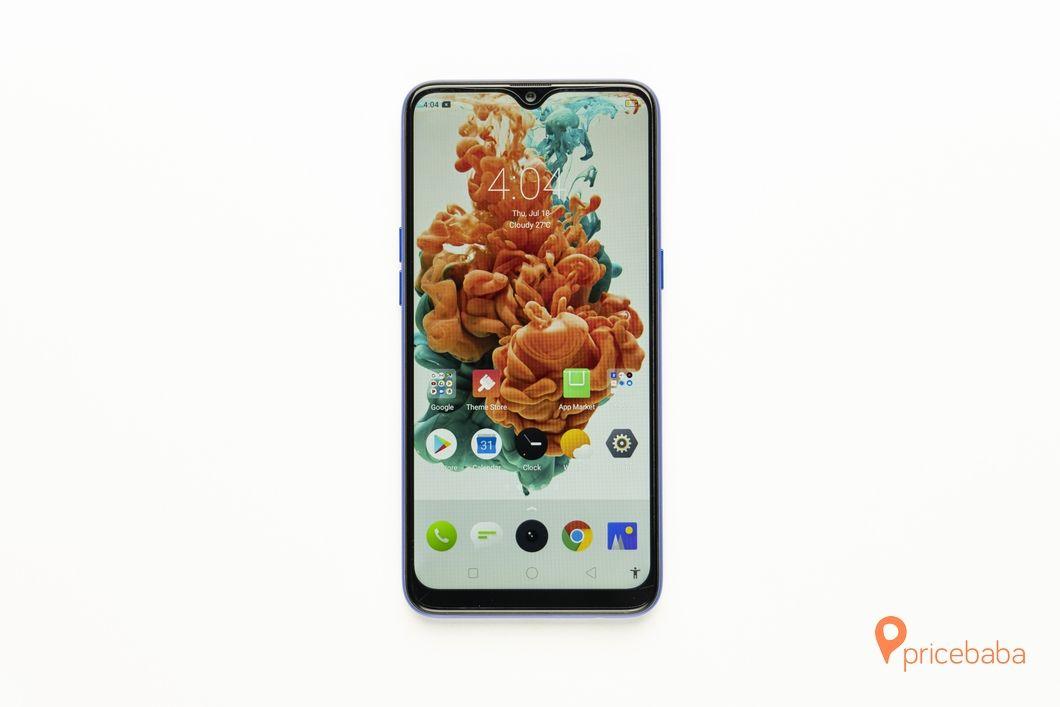 The app animations and multitasking were also smooth thanks to the octa-core MediaTek Helio P60 SoC. Except for slower app load times and a rare hang here or there, the Realme 3i performs decently. The phone is being offered in two configurations – 3GB + 32GB and 4GB + 64GB. I have the latter and it offers around 40GB storage right out of the box. The 4GB RAM is ample to handle and switch between daily WhatsApp, Facebook, Instagram and occasional YouTube videos without a hitch.

The problem arises when you try playing resource-hungry apps like playing PUBG on the Realme 3i. The game starts by default in medium graphics settings and faces jitters and frame drops even then. I tried playing the game in high-graphics setting and had to force close the app within 2 minutes of the gameplay. Lighter games like Modern Combat 5 and Shadow Fighter 3 run like a breeze on this phone. Realme has integrated ‘Game Space’ on the smartphone, which frees up resources to help with overall gaming optimisation.

During a week of heavy WhatsApp messaging, Facebook, Instagram, few sessions of PUBG and longer Modern Combat 5 gameplays, the Realme 3i impressed me with its battery life. The smartphone comes with 4,230mAh battery under its hood, which is backed by AI battery optimisation features like AI power master and CABC screen power-saving. During my time with the phone, it easily lasted over one day on a full charge. But if I have to nitpick, the phone takes close to 2 hours to charge fully in the absence of a fast-charging tech.

Let’s get the spec out of the way before I delve more into the imaging prowess of the Realme 3i. The smartphone comes packing an AI dual-camera setup comprising of a 13MP primary sensor with f/1.8 aperture and a 2MP depth sensor. As for selfies and video calling, the smartphone borrows the same 13MP shooter from its elder sibling, the Realme 3. The camera app is loaded with features like time-lapse, panorama, Auto HDR, AI Scene Recognition, expert, slo-mo, Chroma Boost and Night Scape.

As things stand, the rear cameras on Realme 3i perform phenomenally for a budget smartphone. The dual setup on the back managed to capture impressive shots outdoors in ideal lighting. The pictures taken in bright sunlight appear to be slightly washed out and hazy, but it’s not unbearable. I personally like the saturation boost lent by the Chroma Boost feature, however, in some instances, images came out looking unnatural.

Things start to go haywire when the sun goes down as the low light shots come out to be pretty grainy. The integrated Night Scape mode does very little to improve the situation and if anything, it reduces the noise slightly. The portrait mode, on the other hand, managed to impress me as it accurately detected the edges and popped out the subject from the background. Take a gander at the gallery below to check out the camera samples.

Flipping the camera toggle to selfie mode and the story repeats. The camera takes good images in decent light and also captures some stunning portrait selfies. In the portrait mode, I didn’t find any blown-up areas or soft edges, which is a common issue in budget phones offering this feature. However, in the dark, the sensor struggles to find its footing and lots of noise creeps in.

As for the video, the Realme 3i offers up to 1080p recording, time-lapse and slow motion.

Unlike mid-range or premium segment where you have the leeway to spend more to get a better variant, the budget segment comes with a hard cap. In the sub-Rs 10,000 segment, buyers have a very tight budget and will not be willing to spend more than what they have planned. As such, at Rs 7,999, the only real competition for the Realme 3i is the Redmi 7 that retails for the same price. The Redmi 7 comes with a snappier Qualcomm Snapdragon 632 SoC. However, that’s the only advantage Redmi 7 has over the Realme 3i.

Prev: Micromax In Note 2 'Made in India' Phone to Launch on January 25, Key Specs Revealed

Next: Realme 3i review: Good performance, stunning design for Rs 7,999