You may have written off Nokia years ago, but the company continues to make affordable entry-level and mid-range Android handsets. And it's hard to believe that in 2022, we finally have a Nokia Android tablet – priced at an affordable R3,999.

The Nokia T20 arrived in South Africa mid-January with the same promise as its mobile counterparts: two years of Android operating system upgrades and three years of monthly security updates. However, we've witnessed what happened to the Nokia 9 smartphone, which did not receive its promised Android 11 upgrade.

Google lists the T20 as an Android Enterprise Recommended device because it meets the minimum requirements from a hardware and software front. It also comes with Google Kids Space, a dedicated hub for children to explore books, videos and games that can be managed through Family Link parental controls.

The design is clean, minimal and feels premium; something I always appreciated from Nokia. The T20 looks like a huge smartphone, but has thick bezels that look a bit dated, which houses the front camera to the right when held upright. The matte blue back panel has a small camera bump on the top left. I found it comfortable to hold thanks to its rounded edges. It is available in one shade only, a "deep ocean" blue.

The 10.4-inch 2K display (1200x2000 pixels) is bright and large enough for what you need to do without making a smartphone or laptop feel redundant. When it came to clarity, I found the app icons to be slightly pixelated but watching videos in HD on YouTube or Netflix was fine.

It supports adaptive brightness if you want to save on battery life, and there's dark mode support. I turned these off for my personal use as I prefer to manually adjust brightness. Night light and dark theme can be scheduled, plus you can enhance touch sensitivity if you put a screen protector or wear gloves.

The Nokia T20 tablet runs on the Android 11 operating system, powered by a Unisoc T610 chipset; a brand I've not heard of before but was decent for my lightweight usage.

Nokia devices run stock Android, also referred to as "vanilla" Android. Other manufacturers typically pre-install their own software – bloatware – straight out of the box, whereas with Nokia devices you don't get those manufacturer-owned apps unnecessarily taking up space.

That said, it comes pre-installed with Netflix, Spotify and ExpressVPN, which comes with a 30-day free trial. Google's suite of apps is standard.

If you've used a Samsung or Huawei Android tablet before, you may miss certain customisations and tweaks you've become accustomed to.

Tablets are not known for their cameras and pre-pandemic nobody paid attention to it. But now that video meetings are common, you may want to use a tablet to hop onto one of those instead of being tied to a desk.

The rear camera on the T20 is 8MP, which I hardly used but is good for scanning and taking reference pics to save, possibly related to your business. I made use of the front 5MP one more with apps like Zoom and Google Hangouts for video calls.

While the 5MP may sound low in spec, it was decent during the day in a well-lit room for me log into but isn't the best at night.

The battery life on the T20 is good. I was impressed with the standby time too, and whenever I grabbed it, it wasn't dying on me. It has an 8200mAh battery that supports 15W fast charging on USB-C but only a 10W plug is included in the box.

The Nokia T20 has a premium build with expandable storage and is suited for business use, general entertainment or for kids through a dedicated zone. However, I found some of the updates to be frustrating, which felt like it was dragging over a few days. It also lacks NFC and a fingerprint sensor, and the sound felt a bit flat.

Up until now, it was difficult to recommend an Android tablet that was affordable. The Nokia T20 hits the spot at R3,999 and with the backing of Google, you are promised Android upgrades and security updates for a few years. 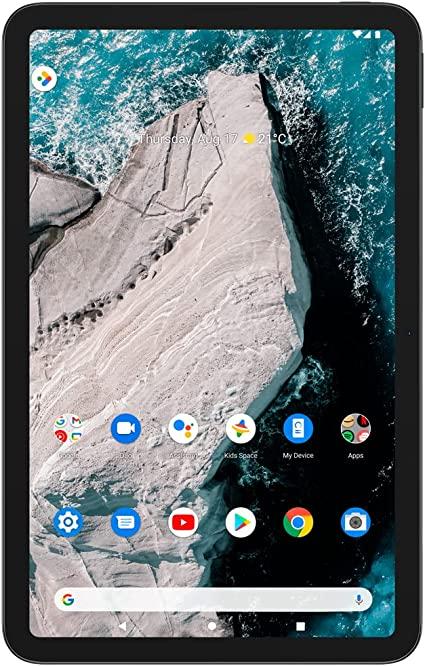 64GB, expandable up to 512GB via MicroSD

Get the best of our site emailed to you every weekday.

Go to the Business Insider front page for more stories.

Next: Jio Phone 5G launch soon: Specs, features, India price, and everything we know so far