The phone might still be successful, especially since the withering away of BlackBerry has left a vacuum none of the bigger brands have been able to fill.

“After over two years of intensive research and development, SIRIN LABS is poised to present our first product, a mobile phone built without restriction or compromise,” screams the company website. But there is not much info on the phone itself, except for the suggestion that it might be called Solarin. The phone will be launched at the company’s flagship store in London.

The company has been founded by Kazakh investor Kenges Rakishev, Israeli venture capitalist Moshe Hogeg and McKinsey-trained serial entrepreneur Tal Cohen. The first two joined in 2012, while Cohen became a part of the company a year later.

Also see: Silent Circle’s privacy-focused Blackphone 2 goes on sale in the US 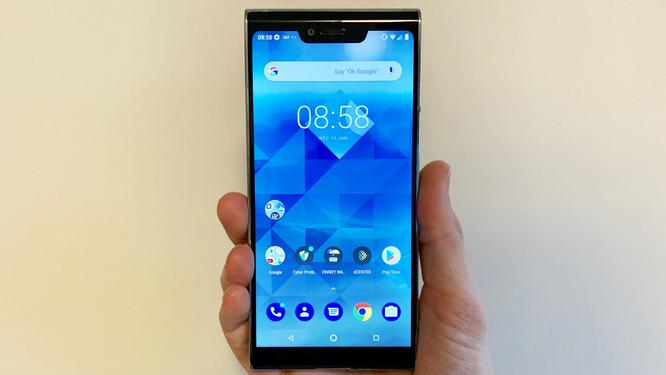 But the trigger for creating a smartphone came in May 2013, when Kenges’ phone was hacked.

By November, a team was in place in Switzerland, which the company calls a “natural choice for a global organisation delivering privacy-centric products of the highest quality and precision”. Soon, $72 million was raised in seed capital. In September 2015, the first prototype of the phone, dubbed SP1, was created.

The idea clearly seems to be to offer a military grade phone for Fortune 500 companies, but with access to all the apps they will need. “Tesla is a good example for us. They started with high priced cars, but today their car prices are much lower,” Hogeg told TechCrunch.

The company already has at least one patent with more in the pipeline. It has also found support from some big names like former Sony Mobile CTO Takeshi Ito, who is on their Special Advisory Board since last October.

We will keep you updated on this story.

Watch all our video reviews

Next: Blackphone 2 now available for purchase at $799