Mike Janke, co-founder of Silent Circle, makers of the Blackphone. The company has confirmed layoffs... [+] as the future of the phone looks in doubt. Photo credit: Paul J Richards/AFP/Getty Images)

Silent Circle, the company behind privacy-focused Blackphone, is in the midst of a troubled period. It's laid off 20 employees - 15 per cent of its workforce - in the last six months and is considering whether it can produce future models of the Blackphone. It's also recovering from millions in costs from the Android-powered smartphone, revenues for which have been hundreds of millions of dollars below forecasts.

All of the gory details come from court documents related to a fight with former partner Geeksphone, which has filed a legal complaint in New York state court over a disputed $5 million payment. Geeksphone, the Spanish company that helped build the original Blackphone, says it's owed the money from the $30 million sale of shares in the pair's Blackphone SA joint venture (originally called SPG Technologies) to Silent Circle, a deal announced in February 2015, just a year after the combined business was formed.

The failure of the first Blackphone, according to the exhibits filed by Geeksphone lawyers, was in part down to a mistaken belief in demand for the device and associated partnerships that went sour. A letter dated March 21st 2016 from Matt Neiderman, Silent Circle's general counsel, to Geeksphone co-founder Rodrigo Silva-Ramos Pidal, laid out the Blackphone project's woes in detail. It noted that when Silent Circle agreed to buy back half of SPG, it did so in the belief it had secured big distributor agreements with three partners: BigOn Telecommunications in Dubai, South Korea's Kumion and America Movil in South America. Between them, Silent Circle believed they would purchase 250,000 devices. But BigOn, according to Neiderman, never bought the 25,000 devices it was due to purchase. The Sumion deal also fell through, whilst America Movil had only acquired 6,000 of the 100,000 Blackphones it had promised to buy, the letter noted, adding the latter was "the one agreement that has had some legitimacy."

Gallery: 10 Incredibly Simple Things You Can Do To Protect Your Privacy

Then came a number of startling admissions: "In short, the hardware business has proved to be a significant financial drain for Silent Circle. Because of the large purchase orders that proved to be bogus, Silent Circle borrowed money to purchase inventory and parts ahead so that it would be able to deliver devices to meet the demand it believed it had and focused most of its resources on preparing for the launch, marketing and sale of the Blackphone 2," Neiderman wrote.

"However, with sales lagging far behind even the most conservative estimates, Silent Circle has been forced to attempt to raise additional operating capital so that it can refocus its efforts on its software business and absorb the losses from the hardware operations.

"Silent Circle has revised its business plan to dramatically cut costs and focus on its core software business... in the coming weeks, Silent Circle will be terminating dozens of employees and otherwise reducing its operating costs by around 50 per cent."

It's had some trouble raising funds to cope with the losses too. When, in February 2016, an investor brought in an extra $20 million (something the company did not publicly announce, despite previously boasting a $50 million round), the unnamed investor required Silent Circle "have a path to cash-flow break even... in the next four quarters and that the balance sheet be free from secured debt." It hoped to bring in another $20 million to deal with debts associated with an equity sell-off to HSBC bank in October 2015, but couldn't find a willing party. It then sought to restructure its debt "to have any chance of closing its capital raise" from the new investor.

"Approximately $15 million of debt has so far been committed for conversion. However, if Silent Circle cannot secure the conversion or other disposition of its remaining debt, it will not meet the conditions for closing and will therefore be forced to wind down its business and seek bankruptcy protection," Neiderman added. 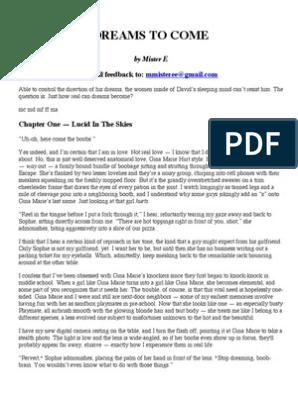 As part of that shifting around of debt, Neiderman asked Geeksphone to convert the $5 million owed either into a loan or some ownership of the company. He also offered Geeksphone the chance to take a $1 million payment and call it quits.

In another letter dated May 16 to Geeksphone's attorneys, however, Neiderman went on the offensive, outlining reasons the $5 million would not be paid at all. In particular, he claimed Geeksphone failed to deliver on its promise to provide the joint venture with "sweat equity", developing the Blackphone's bespoke Android operating system, PrivatOS, and providing access to distribution and sales networks. Instead, Silent Circle ended up footing the bill for the Blackphone design, as Geeksphone "refused to contribute any working capital" for SGP, the counsel said. He claimed Geeksphone had also moved all its labor and overhead costs over to the joint venture, "virtually all the costs of the Geeksphone team."

The first Blackphone ended up being a "failure from a technical and design perspective" with "poor specifications" and "underperforming but overpriced hardware," Neiderman added. "The Blackphone 1 proved to be a major financial failure, costing millions of dollars, all funded by Silent Circle."

He claimed the SGP sales team had forecast revenue figures for 2015 of $750 million, but the firm made less than $10 million. But the "inflated" sales predictions were used to convince Silent Circle to buy Geeksphone out for $30 million, he wrote.

Neiderman said his employer was also unaware of Geeksphone's own troubles. He alleged the Spanish firm was considering winding down due to its inability to shift its devices, something Silent Circle was unaware of when they combined forces. As noted in the letter, Geeksphone stopped making phones in July 2015, only a few months after the joint venture was wound down.

Despite the apparent strife at Silent Circle, company co-founder and chairman Mike Janke was upbeat. "I cannot comment on the legal dispute, but I can say that Silent Circle is doing well and that our strategic shift to enterprise is ongoing and has been a very successful shift for us," he told FORBES. "Every company goes through transitions to keep up with the marketplace and demands of customers - we are no different. We will continue to grow and make fantastically secure products for the world and lawsuits are an unfortunate part of doing business globally."

Vic Hyder, Silent Circle's chief strategy officer, said the company would not be filing for bankruptcy, regardless of Neiderman's letters. "We’re not in that process." As for the Blackphone 3, a device it previously promised to deliver, Hyder said the company was looking into its options, hoping to lower manufacturing costs. "What we’re looking forward towards is to alleviate that financial pressure on us, do it maybe with a partner and then go forward with making a Blackphone 3 in a way that’s more competitive." He confirmed that of 120 staff, 20 to 25 had been let go this year, whilst wages had been cut for some staff.

Silent Circle already lost some of its key personnel in recent months. Cryptography luminary and co-founder Jon Callas departed for Apple in May and in June, CEO and President Bill Conner resigned, with Neiderman stepping in as interim chief. Co-founder Phil Zimmerman, best-known as the creator of encrypted messaging protocol PGP, remains on-board, living in the firm's adopted home town of Geneva.

Geeksphone's Pidal had not responded to request for comment at the time of publication.

That both companies have failed to profit from their phones is a bad omen for the privacy tech market. Some onlookers, including your reporter, noted the high price of the Blackphone 2 as a concern; though it was an attractive device, the Apple's iPhone offered similar security for a lower cost.

"The demise of Silent Circle would be unfortunate since the industry would lose a significant player," said Andy Yen, co-founder and CEO of ProtonMail, another privacy-focused company running out of Geneva. Yen remained upbeat, however.

"In my view, the privacy market is sound as we still see strong demand from both businesses and consumers for encrypted email services. The troubles at Silent Circle are likely an isolated incident due to poor management decisions and not a sign of a greater industry trend.

UPDATE:Geeksphone co-founder Pidal responded to enquiries after publication, stating his company "is asking for the payment of the balance of the agreed purchase price. We have therefore commenced several enforcement actions against Silent Circle before various court and arbitral tribunal in the U.S. and in Switzerland, and therefore we cannot make any further comment at this stage."