After two difficult years, the Mobile World Congress has returned to itsface-to-face format in Barcelona. With the shadow of the Russian invasion of Ukraine, which has caused the expulsion of some Russian companies from the event, one more year the MWC has left us the presentation of some of the terminals that are called to reign in the future.

This year, the great protagonists of the Mobile World Congress have been the mid/high range Chinese phones with an affordable price that seek to dominate the market.

Next, we present some of the best mobile phones of the Mobile World Congress 2022, a year in which the Chinese brands have shone, above all:

-Realme GT2 Pro: Thinner and lighter than the previous model, while maintaining style and design. The rear panel stands out, made of cellulose and a large OLED screen with a refresh rate of 120Hz. It has a new generation Snapdragon 8 Gen 1 processor and 12 GB of RAM, which makes it a beast of power. The new Realme also stands out in photography, with two 50MP sensors and a 150º ultra wide angle on the back, as well as a microscopic sensor to capture even the smallest detail. 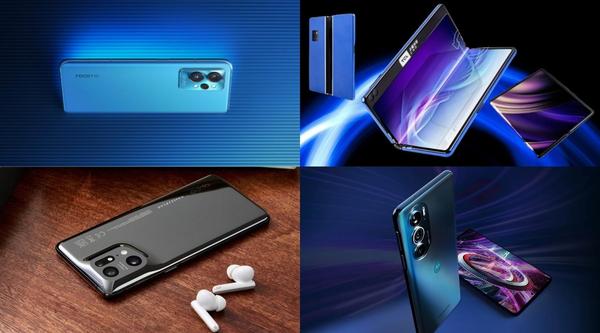 -Honor Magic 4 and Magic 4 Pro: The new terminals of the Chinese brand are two powerful beasts, with a Qualcomm Snapdragon 8 Gen 1 processor, so it offers excellent performance, both in graphically demanding games and on a daily basis. It has a 6.81 AMOLED LTPO screen, with FullHD + and a refresh rate of 120Hz. In addition, it is the first phone in the world to incorporate 190Hz dimming, which reduces flickering to a minimum. On the back it has a 50MP main sensor, a super wide angle and an optical sensor for zoom.

Is it worth forcing the MSAA 4x on Android? Here we explain it to you

-Samsung Galaxy S22: Samsung’s new Galaxy range has also been present at this year’s MWC, although it was presented before the event. We are facing the highest range of Samsung, with the new Samsung Exynos 2200 processor, with an excellent capacity to process three-dimensional graphics and to handle demanding Artificial Intelligence tasks, something that is demonstrated in the photographic enhancement functionalities that have implemented in the new terminals. If you want to know more about the new Samsung Galaxy S22, we will tell you everything in this article.

-Nokia C21: Nokia has returned to MWC with a range of entry-level budget phones, perfect for entry-level use. With a 6.5-inch HD+ LCD screen, they have a Unisoc SC9863a processor and versions with 2 and 3 GB of RAM. With prices starting at 120 euros, they are somewhat fair phones, but ideal for those users who do not want to spend and who do not demand too much from a phone.

Prev: screenrant.com Sony's Making Its Own iPhone SE 3, And It Just Leaked In Full

Next: Jio Phone Next pre-bookings in India could start very soon, here are the details