First and foremost, the maker of Android naturally ensures its own smartphones are among the first to receive its security updates, as well as other features that take longer to reach other Android devices. Google also said it will offer updates for five years on the Pixel 6 and Pixel 6 Pro, heeding calls from the community, and regularly updates Android to include news security and privacy features too.

Google operates a multi-layered approach to security on its Pixel 6, equipped with the Google Tensor system on a chip (SoC). The Arm-based processors use TrustZone technology, which essentially stores sensitive data in a more heavily secured area of the phone. Researchers recently showed how the TrustZone can actually be accessed by an attacker in Samsung phones, but the exploit is quite sophisticated and now patched on affected devices.

The Bittium Tough Mobile 2C is a rugged and secure smartphone that boasts two operating systems for complete data separation. One OS is a hardened version of Android 9, and the other is the company’s Secure OS. Users can switch between the two with the device’s dual boot functionality.

It also comes with a free YubiKey 5 NFC security key to support two-factor authentication. There is also an always-on VPN and the company’s mobile device management software.

The rugged phone has an IP67 rating and MIL-STD-810G, meaning it is waterproof to a degree and resists breakage. 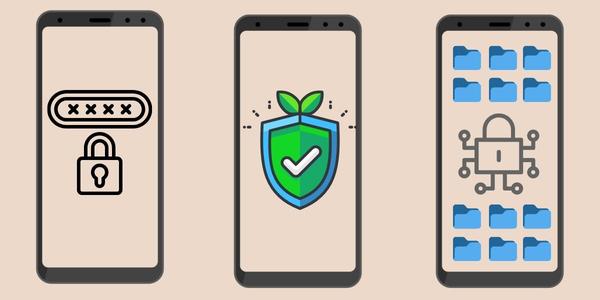 Sirin Labs is well known for making luxury smartphones with security at their very core. The Finney is a uniquely designed phone with large bezels and a notched display, an unlikely combination that comes together to hide its ‘Safe Screen’ - a retractable display that tucks into the back of the phone to reveal a cold storage wallet for cryptocurrency.

Marketed as a blockchain smartphone with cyber security provisions, such as a 24/7 intrusion prevention system and a multi-layered cyber security suite, Finney runs on Sirin OS, which is based on Android and has access to the Google Play Store. Users can also make use of the device’s end-to-end encrypted peer-to-peer calls and email functionality too.

Share on FacebookShare on TwitterShare on LinkedInShare via EmailFeatured Resources

Achieve security, reliability, scalability, and sustainability with hybrid IT infrastructure

The business value of transformative mainframe

Modernising on the mainframe

How digital strategy is building a better future for construction

Save time and money with digital solutions