As a smart battery swap system enabled by software-defined cloud computing, NIO Power Swap Station 2.0 is the world’s first mass-produced battery swap station that allows the vehicle to maneuver into the station automatically. 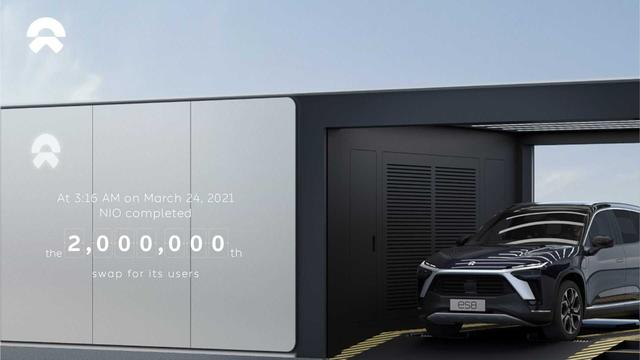 Each NIO Power Swap Station 2.0 has 239 sensors and four collaborating cloud computing systems that maximize the application of visual recognition technologies. Enabled by the technology, users can complete a self-service battery swap with only one click while staying in the car. The system is capable of completing up to 312 battery swaps per day, significantly improving swapping efficiency.

Over the next few years, Sinopec plans to deploy 5,000 battery charging and swapping stations.

In March 2021, Nio announced that it had completed 2,000,000 battery swaps using its first-generation swapping stations.

Next: The five most secure smartphones