There will be a UEFA Women's Champions League winner not named Lyon for the first time since 2014-15.

The French giants won the past five tournaments, and also won back-to-back titles in 2010-11 and 2011-12. Needless to say, it was a massive upset when Lyon was ousted in the quarterfinals by rival PSG.

Lyon's exit opened the door for some new blood in the final, and that's what we'll get when Chelsea and Barcelona face off Sunday. Barca returns to the championship match after losing to Lyon in the 2018-19 final, while Chelsea will become just the second English side to play for the trophy after Arsenal won it all 14 years ago.

Both sides are coming off league titles in their respective domestic circuits, so a Champions League victory would be the crown jewel in an already successful campaign.

Here's everything you need to know about the match: 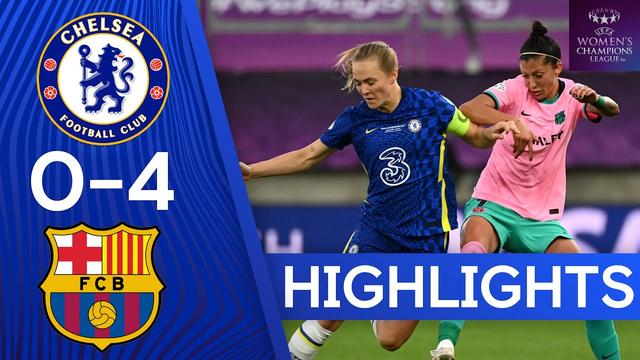 Chelsea vs. Barcelona: What time is kick-off?

The match is scheduled to kick off 9:00 p.m. local time at Gamla Ullevi in Gothenburg, Sweden.

How to watch Chelsea vs. Barcelona on DAZN in your country

The UEFA Women’s Champions League final is available on DAZN in over 150 countries and territories:

How to watch Chelsea vs. Barcelona in other countries

The UEFA Women's Champions League is not available on DAZN in the following countries:

To find out how to watch in the above countries, check UEFA.com.

How much does Chelsea vs. Barcelona cost on DAZN?

Viewers must be subscribers to DAZN to watch the UEFA Women’s Champions League final.You can sign up for a subscription here for as little as just £1.99 per month, depending on your location. For current subscribers, the match is already included in the cost of a subscription.

What devices are supported on DAZN?

DAZN is available on web browsers atDAZN.com and also has apps available for all of the following TV and streaming devices: