Home > HUAWEI > Which Companies Spend the Most in Research and Development (R&D)? Edit My Quotes

“You can’t solve a problem on the same level that it was created. You have to rise above it to the next level.” ~ Albert Einstein

Research and development (R&D) is imperative to withstand competition, waves of disruption, and obsolescence. R&D initiatives provide an edge of innovation to corporates for their products and services. Here’s an overview of the top R&D spenders based on annual reports.

Amazon is among the top R&D spenders even though its financial statements do not mention R&D as a separate line item. Amazon’s SEC filing reveals a whopping expenditure of $42.74 billion in the fiscal 2020 (11.1% of net sales) on ‘technology and content’ as compared to $35.93 billion in the fiscal 2019. In 2017, SEC asked Amazon, “Please disclose a break out of research and development expense by project, activity or in whatever fashion you believe will provide more transparency as to the magnitude and direction of your research and development activities.” The company’s R&D expenses continue to be set forth within “technology and content” in its financial statements. During 2020, it was granted 2,244 patents, the majority of which were in advanced technologies such as artificial intelligence (AI), machine learning, and computer vision as the core of its ventures—be it cloud computing, voice-based virtual assistant, cashless Go stores, drone deliveries or robotic warehouses.

Google’s 2004 founders’ IPO letter read, “Our business environment changes rapidly and needs long term investment. We will not hesitate to place major bets on promising new opportunities. We will not shy away from high-risk, high-reward projects because of short term earnings pressure.” Over these years, the company may have a new name, but its core philosophy is still the same, and it continues to allocate a significant part of its revenue towards its R&D initiatives. Alphabet spent $27.57 billion on R&D, which is equivalent to 15.1% of its revenue of $182.57 billion during the fiscal 2020. The company’s R&D sending has more than doubled since the fiscal 2016.

It was granted 1,817 patents in 2020. The investments in the development of AI and AI-enabled devices and software continue to drive progress across the company’s portfolio. During its recent earnings call, CEO Sundar Pichai said, “We're one of the largest R&D investors in the world and, obviously, AI is a big part of it.”

Huawei is a leading global provider of information and communications technology (ICT) infrastructure and smart devices. During the fiscal 2020, it spent around ¥141.893 billion on R&D, which is equivalent to $22.04 billion. Its R&D spending constituted 15.9% of its total revenue of ¥891.37 billion in fiscal 2020.

Huawei is one of the world’s largest patent holders; the company was granted 2,761 patents in 2020, an increase of 14% vis-à-vis 2019. Overall, Huawei has more than 100,000 active patents across 40,000 plus families. The number of people working in R&D at Huawei is around 105,000, which is more than half of its total workforce. The company has three guiding principles when it comes to ecosystem and industry development—growth in the industry, work together, and share value. Huawei has partnered with major industry players to innovate in emerging domains such as cloud computing, 5G, and the Internet of Things (IoT). 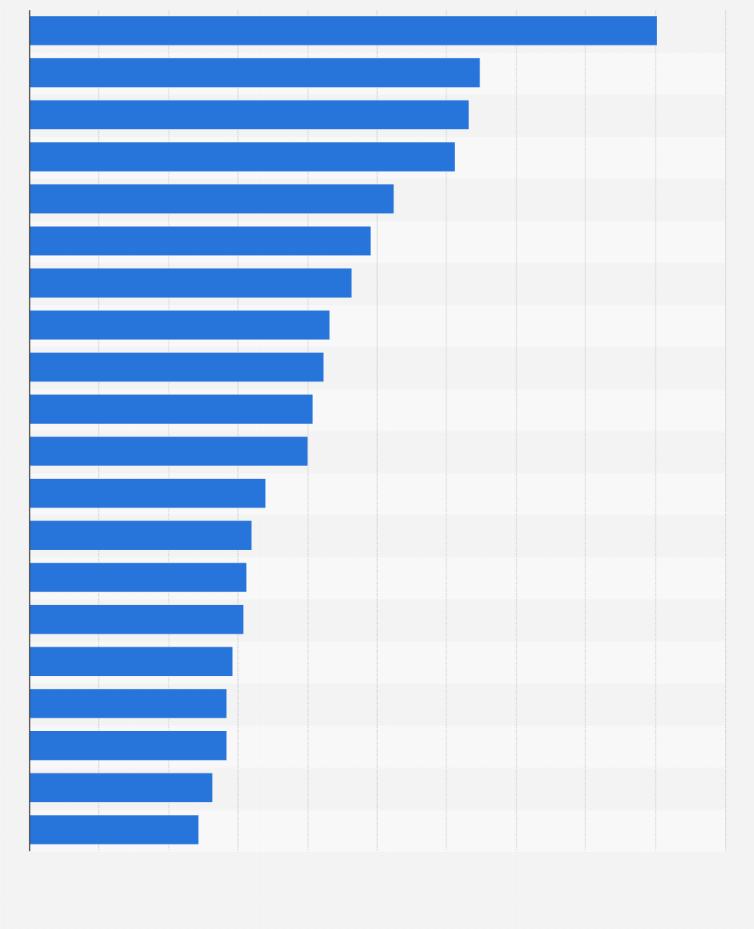 Microsoft is committed to R&D across a spectrum of technologies, tools, and platforms with a focus on three interconnected ambitions: Reinvent productivity and business processes; build an intelligent cloud platform; and to create more personal computing. The company has increased spending on R&D, with rising revenues, maintaining the overall allocation at 13% over the years. During the fiscal 2020, the company reported an R&D expenditure of $19.27 billion (Microsoft's fiscal year runs from July 1 to June 30). During the first nine months of the current fiscal (till Match 2021), its R&D allocation had reached $15.03 billion.

During 2020, Microsoft Technology Licensing LLC (MLT) was awarded 2,905 patents, the fourth highest globally. MLT is a subsidiary that manages the company’s patents and technology transfer activities. In addition to its main R&D operations, the company runs Microsoft Research, which is one of the world’s largest corporate research organizations and works in close collaboration with top universities around the world.

Apple has conventionally deviated from the thought that relates innovation to the amount of spending on R&D. In 1998, Steve Jobs said, “Innovation has nothing to do with how many R&D dollars you have. It's not about money. It's about the people you have, how you're led, and how much you get it.” During fiscal 2020 (Apple’s fiscal year runs from October 1 to September 30), Apple spent $18.75 billion on R&D, equivalent to 7% of its net sales. In the first six months of fiscal 2021 (October 2020 – March 2021), Apple reported its R&D spending at $10.42 billion.

Apple’s 10-K reads, “The Company continues to believe that focused investments in R&D are critical to its future growth and competitive position in the marketplace, and to the development of new and updated products and services that are central to the company’s core business strategy.” The company has a healthy patent profile; it was awarded 2,791 patents in 2020.

The South Korean Conglomerate Samsung is the largest non-U.S. spender on R&D. Samsung spent ₩21,229.2 billion (equivalent $18.75 billion) in fiscal 2020, which constituted 9% of its sales. Samsung was granted 6,415 patents during 2020, placing it at the second spot. However, in terms of cumulative patent holdings, Samsung is the world leader with 80,577 active patent families.

Samsung’s research is guided by its vision to "shape the future with innovation and intelligence." Core research areas include AI, data intelligence, robotics, next-generation communications & visual technology, and security. Samsung operates three levels of R&D organizations, the first is a business unit development team that works on market ready technologies with a 1–2-year outlook, the second is the research institute that develops mid-to long-term technology with a 3–5-year outlook, and the Samsung Advanced Institute of Technology that develops core technology as seeds for future growth engines.

According to Facebook, its “business is characterized by innovation, rapid change, and disruptive technologies.” During the fiscal 2020, it allocated $18.45 billion equal to 21% of its revenue towards R&D spending. Facebook is working in areas of AR/VR, AI, blockchain and cryptocurrencies, data science, computer vision, machine learning, cyber security, natural language processing, and more.

Facebook has laid a lot of focus on AR/VR, and in August 2020, Facebook introduced a new name for its AR/VR team—Facebook Reality Labs (FRL). During the fiscal 2020 earnings call, Mark Zuckerberg said, “I believe that the next logical step here is an immersive computing platform that just delivers this magical sense of presence—that you're really there with another person or in another place. Our phones can't deliver this, and neither can any other technology that has come before it. This is going to unlock the types of social experiences I've dreamed about building since I was a kid, and it's what we're building towards at Facebook Reality Labs.”

Round out the top ten are Volkswagen (VWAGY), Intel (INTC), Roche (RHHBY), and Johnson & Johnson (JNJ).

Disclaimer: The author has no position in any stocks mentioned. Investors should consider the above information not as a de facto recommendation, but as an idea for further consideration. The report has been carefully prepared based on annual reports and 10-K filings. Any exclusions or errors in it are totally unintentional.