Xiaomi 11i and Xiaomi 11i HyperCharge were launched in India last week. Both the mid-range smartphones have already gone on sale. While Xiaomi 11i is the more affordable of two, it’s the Xiaomi 11i HyperCharge that has been hyped a lot because of its fast charging speed. The smartphone is claimed to charge from 0 to 100 per cent in about 15 minutes. I am not sure how many people buy a phone because of its charging speed, but for those who do, I have already reviewed the phone in detail.

Xiaomi 11i HyperCharge isn’t bad. Just that its glass back feels like plastic. The smartphone comes in four colour options Stealth Black, Pacific Pearl, Camo Green and Purple Mist. All of them have matte finish. Pacific Pearl looks the best. The phone is IP53 rated for dust and water resistance.

Point 2 - The major difference between Xiaomi 11i and Xiaomi 11i HyperCharge is in terms of the battery capacity and charging capability. The Xiaomi 11i packs a 5160mAh battery pack while the HyperCharge model comes with a 4500mAh battery. Xiaomi 11i supports 67W fast charging. 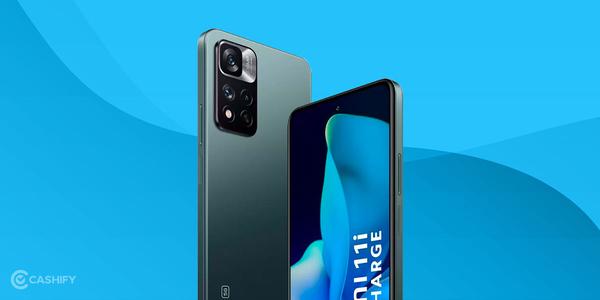 I think Xiaomi 11i should be enough for most users. For context, its base variant costs Rs 4000 less than the base variant of HyperCharge. Customers can save more using the introductory offers. Xiaomi 11i HyperCharge is ideally for those who just don’t want to compromise on anything.

Point 3 - If you are specifically looking to buy Xiaomi 11i HyperCharge, then you must know that it actually charges in 15 minutes and puts an end to your charging-related anxiety.

The phonecharges nearly 50 per cent in 7 minutes, 75 per cent in 11 minutes and 100 per cent in about to 14 to 15 minutes. The phone can get slightly warm during the process and to avoid that, you can turn off the fast-charging mode.

Xiaomi 11i HyperCharge gets a little warm during charging. You can turn off the fast charging mode to avoid that. The phone will still charge in around 20-21 minutes.

There are two things it misses out on. Not so important, but it would have been nice to have. Firstly, Xiaomi has used an 8-bit panel here. It has used a superior 10-bit panel on the Mi 11 Lite and Xiaomi 11 Lite NE 5G in the past. Secondly, the display doesn’t support adaptive or variable refresh rate. You can either choose between 120Hz or 60Hz refresh rates.

Point 5 - Performance is a bit of a let down. The MediaTek Dimensity chipset used here restricts the gaming experience. Call of Duty runs at Medium Graphics Quality and the frame is limited to maximum. At the highest available frame rate, the graphic quality drops down to low.

The camera performance is better. There is a 108-megapixel primary sensor by Samsung, an 8-megapixel ultra-wide-angle sensor and a 2-megapixel macro sensor. There is also a 16-megapixel selfie shooter on the front. The main camera is good, other sensors also do well. You can check the image samples in our full review.

Next: Xiaomi 11i and Xiaomi 11i Hypercharge with 120W fast charging launched in India; Specifications and price