The 2022 Masters is approaching, with its Thursday, April 7 start date one that golf fans have had circled on their calendars for a year. Jon Rahm is the leader in 2022 Masters odds at Caesars Sportsbook at 8-1 to put on the green jacket. Rory McIlroy, Jordan Spieth, and Collin Morikawa are tied for second place with 12-1 Masters odds 2022. Will the Masters 2022 champ come from that group, or will a contender emerge from one of the 2022 Masters sleepers?

The list of potential 2022 Masters contenders is long enough that no one should evaluate it on their own. Before locking in any 2022 Masters picks of your own, be sure to see the golf predictions and projected leaderboard from the proven computer model at SportsLine.

SportsLine's proprietary model, built by DFS pro Mike McClure, has been red-hot since the PGA Tour resumed in June 2020. In fact, it's up almost $10,000 on its best bets since that point, nailing tournament after tournament.

At the 2021 Open Championship, McClure's best bets included Collin Morikawa winning outright even though he was listed as a massive 40-1 long shot. In addition, McClure's model was all over Jon Rahm's (10-1) first career major championship victory at the 2021 U.S. Open. Rahm was two strokes off the lead heading into the weekend, but the model still projected him as the winner.

This same model has also nailed a whopping seven majors entering the weekend. Anyone who has followed it has seen massive returns. 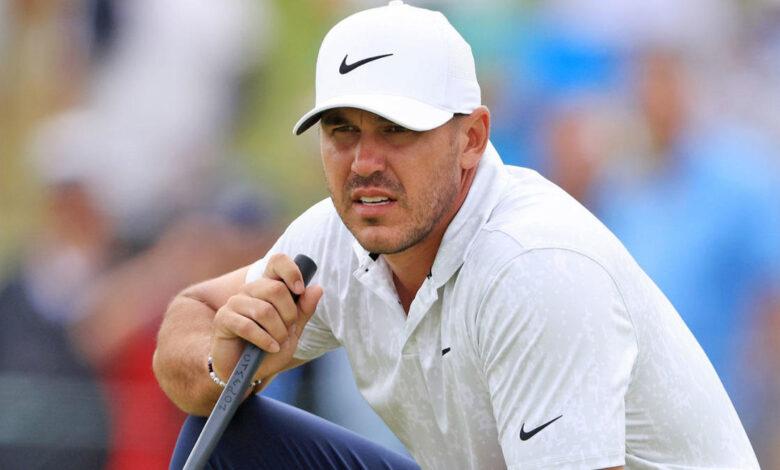 Now that the Masters 2022 field is taking shape, SportsLine simulated the event 10,000 times, and the results were surprising. Head to SportsLine now to see the projected 2022 Masters leaderboard.

One major surprise the model is calling for at the 2022 Masters: Rory McIlroy, a 20-time PGA Tour champion and one of the top favorites, stumbles at Augusta and finishes outside the top 10. The 32-year-old finished on top of the leaderboard at the CJ Cup earlier this season, his 20th PGA Tour victory.

McIlroy is a four-time major champion and can complete the career grand slam with a victory at Augusta National. However, he has been unable to grasp the coveted green jacket despite being in the mix on numerous occasions. McIlroy has finished in the top 10 in six of his last eight starts at Augusta, but the pressure of winning the green jacket seems to be weighing on him. He's finished 21st or worse in two of his last three starts at Augusta, which includes a missed cut in 2021. He's not a strong pick to win it all, and there are far better values in the Masters Tournament 2022 field.

Another surprise: Xander Schauffele, an 18-1 long shot, makes a strong run at the title. He's a target for anyone looking for a huge payday. Schauffele came in third at last year's Masters, so he's shown an ability to get it done at Augusta National. The 28-year-old was 13th at third at the Genesis Invitational and third at the WM Phoenix Open, so he enters the Masters 2022 after a string of strong performances. In the world's No. 8 golfer, bettors can hit the sweet spot between long shot and superstar.

How to make 2022 Masters picks

The model is also targeting three other golfers with odds of 18-1 or higher who will make surprising runs. Anyone who backs these long shots could hit it big. You can only see them here.

So who will win the 2022 Masters, and which long shots will stun the golfing world? Check out the odds below and then visit SportsLine to see the projected 2022 Masters leaderboard, all from the model that's nailed seven golf majors and is up almost $10,000 since the restart.