If the Champion Course at PGA National was full of terrors, Bay Hill was an outright bloodbath.

The leaderboard at last week's Arnold Palmer Invitational was a “who’s who” of many of the world’s top players throughout the week, but a war of attrition prevented anyone from dominating the leaderboard on the final day. The player who made the least mistakes was, lucky enough, our favorite, Scottie Scheffler. The likes of Viktor Hovland, Billy Horschel and Gary Woodland all stumbled to allow Scheffler to claim his second win of the season.

As for the rest of our picks outside of Scheffler getting us off the schneid, mid-range pick Jason Kokrak and sleeper Lanto Griffin just missed out on finishing in the top-20.

We now head up to Ponte Vedra Beach for what some people consider the year’s “5th Major,” the Players Championship at TPC Sawgrass. The loaded field includes 47 of the world’s top 50 players. Bryson DeChambeau, Phil Mickelson and Harris English will be missing. The penal Pete Dye layout has created an eclectic group of winners over the years, so this is one of the harder weeks of the year to handicap a winner.

According to SI Sportsbook, the favorite is world No. 1 Jon Rahm at +1200. To follow are reigning Open Champion Collin Morikawa and defending champion Justin Thomas at +1400. To close out the notables are 2019 champion Rory McIlroy and Arnold Palmer Invitational contender Viktor Hovland at +2000. 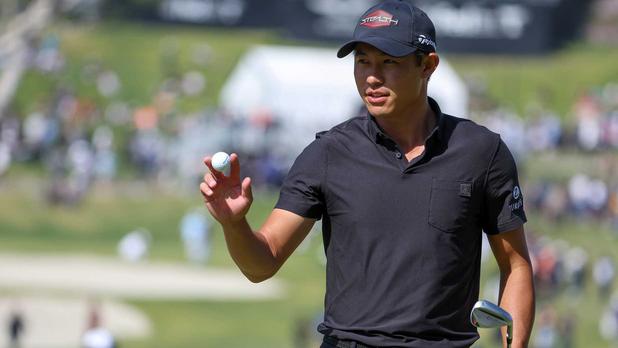 For our favorite, we’re going to take the value in Hideki Matsuyama at +2800. If we remember correctly, Matsuyama shredded TPC Sawgrass with a first-round 63 in 2020 before play was halted because of the COVID-19 outbreak. Recently, Matsuyama is second in this season’s FedEx Cup standings and has not finished outside the top-40 in his last seven events, which includes two wins. In his last 24 rounds at TPC Sawgrass, he ranks in the top-10 in strokes gained: ball striking, approach, tee-to-green and total. The reigning Masters champion should be full of confidence in Ponte Vedra this week.

For a mid-range pick, Billy Horschel at +4500 is good value. Prior to last week’s runner-up performance at Bay Hill, Horschel posted three straight top-20s and has not finished worse than T-36 since the new year. Last week, his iron play was on display finishing fifth in strokes gained: approach. His history at TPC Sawgrass is not eye-popping, but the resident of nearby Jacksonville Beach has not been in better form heading into his tour's Super Bowl.

For a deep sleeper, we’re looking at Alex Noren at +11000. Noren has won 10 times on the DP World Tour, and it seems he’s rounding back into some of that previous form. In six straight starts, Noren has improved in strokes gained: approach, which is always a recipe for success at TPC Sawgrass. He finished T5 at the Honda Classic and T6 at the WM Phoenix Open just prior. In four appearances at the Players, he has a T17 and a solo 10th to his name. Look for Noren to continue the momentum this week.

Here are some notable odds, according to SI Sportsbook:

Next: Samsung Galaxy S22 series coming to Nepal: What does it offer anyway?