The college basketball regular season is over. Selection Sunday is in the books. The NCAA tournament — the drama, the pageantry, the elation, the heartbreak — is here. And that means somebody in your life is talking about brackets.

It may be a friend, or a family member, or a coworker. No matter who it is, they’re talking about seeds, and Cinderellas, and Final Fours and upsets. All of which would sound nonsensical or foreign for 11 months of the year.

But this month? This is March. March means Madness. And unless you hate money and fun, no matter your level of basketball fandom, you should be preparing to indulge.

Because Yahoo Tourney Pick ‘Em is open. Filling out a bracket takes five minutes, zero skill and zero dollars. Filling outthe best bracket will earn you $25,000 plus a MGM resort vacation package in Las Vegas valued at $10,000 (official rules). All you have to do is sit at your desk, or procrastinate on your smartphone, and make some picks.

But first, of course, you have some learning to do. Welcome to Tourney Bracket 101. This, too, will take five minutes of your time. And it’ll make those five minutes of bracket-filling more worthwhile. Let’s get to it.

How the NCAA tournament works

First, a quick crash course on what “March Madness” actually is. It’s the colloquial term for the Division I men’s college basketball postseason, a 68-team, single-elimination tournament that takes place over three wild weeks. It begins Tuesday with play-in games you don’treally have to care about. The real fun begins Thursday and Friday, with 16 games each day. The first round whittles the field from 64 down to 32, the second round (Saturday and Sunday) from 32 down to 16, and so on, until we’re left with one champion – of college hoops, and of your bracket pool.

The 68 teams — 32 conference champions, plus the 36 best of the rest — get slotted into a bracket. Keep winning, and a team moves through the bracket, out-to-in; lose, and they get crossed off, never to be heard from again. Your task is to pick the winner of each first-round game, and each hypothetical later-round game, all before the first round tips off. 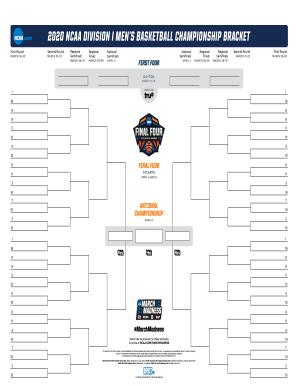 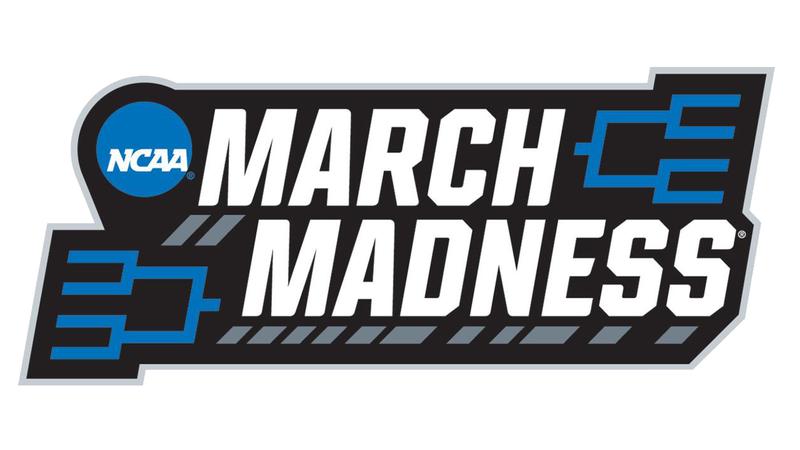 So you start by making 32 first-round picks. Tourney Pick ‘Em then presents you with 16 hypothetical second-round matchups, based on how you envision Thursday and Friday playing out. You make those second-round picks, and the third round — the Sweet 16 — is up next. Then the Elite Eight, the Final Four, and the title game.

For every correct Round of 64 pick, you get one point. For every correct Round of 32 selection, you get two. In each successive round, the bonus points multiply by two — so a correct Sweet 16 pick nets you four points (in addition to the one and two from earlier rounds), while accurately predicting the champion is worth 32 — and 63 overall, if you add up scores from all six rounds (1, 2, 4, 8, 16, 32).

The $25,000 — plus an MGM resort Las Vegas vacation package — goes to the Yahoo user with the most total points.

What are some simple strategies for making picks?

You’ve probably heard about the tournament’s unpredictability. You’ve heard about underdog stories and miraculous upsets and, well, Madness. Perhaps you’ve heard that only once have all four No. 1 seeds – nominally the four best teams in the field — made the Final Four. So you’ll be tempted to pick upsets. And you should pick some — but not too many.

The No. 1s are No. 1s for a reason. Even if Kansas, for example, has less than a 50 percent chance of making it through four rounds, its odds of doing so are still better than anybody else in its quadrant. Unless you and your buddies customize the scoring settings for your bracket competition, you don’t score extra points for accurately predicting a No. 6 seed will make it to the Final Four. So when in doubt, stick with the favorites.

But if $25,000 sounds nice to you, don’t go complete chalk. Because you won’t be alone. It’ll therefore be very hard to win the grand prize. Take a few chances here or there, knowing that you’re less likely to nail the picks, but that if you do nail ‘em, your chances of depositing a fat check in your bank account grow. Our Best Bracket Millionaire in 2019, for example, went 4-for-4 on Final Four picks — Virginia (No. 1 seed), Michigan State (2), Texas Tech (3) and Auburn (5). Perhaps consider a somewhat similar distribution.

How much should you pay attention to seeding?

Those numbers are what we call seeds. There are four of each, 1 through 16 — the lower the number, the more accomplished the team. They’re assigned based on regular-season results, which are generally a pretty good predictor of postseason success. They’re a better predictor than, say, a team’s record, which can be heavily influenced by strength of opponent. So, when in doubt, you can assume the higher seed is the better team. Just know that’s not always the case.

Some of the best predictors of March success are A) betting markets and B) Ken Pomeroy’s ratings. Both are heavily based on data. The “KenPom” rankings are entirely a function of a season’s worth of numbers. Oddsmakers, meanwhile, weigh similar numbers against trends and public leanings. Both give you a pretty good idea of a team’s true quality.

So, rather than simply look at seeds, pull up kenpom.com. Or turn to BetMGM’s first-round point spreads and title odds. Five years ago, for example, when No. 5 seed Minnesota took on No. 12 Middle Tennessee, KenPom would’ve told you the Gophers were significantly worse than any other 5, and the Blue Raiders were significantly better than any other 12. Bookmakers would’ve told you Middle Tennessee was actually the favorite in the game. Sure enough, the No. 12 seed won comfortably, and punctuated our lesson in bracket prognostication.

Which upsets should you pick?

If the KenPom numbers and the betting lines are flying over your head, here’s a simple table to help you pick upsets — the first-round winning percentages of lower-seeded teams since the NCAA tournament field expanded to 64 teams in 1985:

The takeaways? Well, 9 over 8 isn’t really an upset; it’s a toss-up. If you’re hoping to make a splash, look to the 11-over-6s and 12-over-5s. The No. 11 and 12 seeds are typically the final at-large qualifiers and the best league champions from smaller conferences. The gap between them and No. 5/6 seeds is slimmer than you realize.

Beyond those, only touch the No. 13 and 14 seeds if you’re feeling extra frisky. Never touch the 15s and 16s — unless you’re a proud alum.

Any other final bracket tips?

Know what you’re trying to win. If your goal is Yahoo’s grand prize, be unique but don't get wild. If you’re in a pint-sized pool with a few friends, chalk might win your contest. If your format awards extra points for upsets, be aggressive in the early rounds, but keep a few favorites alive for the Final Four. If you make picks after each round as opposed to all at once before tip-off … well, pay attention.

Prev: The best Android launchers to use with your smartphone in 2022 [Video] Guides