When I rejoinedThe Verge in 2018, my first big assignment looked like an absolute peach — fly to the gorgeous Hawaiian island of Maui, sip cool drinks on the sand (The Verge paid for my trip; we don’t accept junkets), and become one of the first journalists to experience blazing 5G speeds at a Qualcomm event. Instead, I found myself exposing a lie. The first real-world 5G test turned out to be a dud, the speeds misleading at best, covering up the fact Verizon and AT&T’s millimeter-wave (mmWave) 5G wasn’t ready.

For the next three years, Verizon and AT&T successfully employed a fake-it-till-you-make-it strategy, enlisting politicians to help them “win” 5G as if it were some kind of “race.” Their fastest 5G networks ran on a chunk of spectrum called millimeter wave that’s speedy but so spotty you’d barely get a signal without a cell tower directly overhead. Meanwhile, powerful phone makers like Apple were complicit in rebranding LTE networks into things like “5Ge,” helping carriers mislead customers into thinking they’d already rolled out the new networks.

But it now seems the millimeter-wave 5G carriers have been slinging from the start was just a gigantic head fake — a way to stay in the game until their actually useful 5G spectrum was ready.

On Tuesday, Apple announced the 2022 iPhone SE, the first 5G iPhone for the United States that lacks the millimeter-wave 5G that AT&T andespecially Verizon have doggedly insisted on for years. Instead of rejecting that iPhone or insisting that Apple make a special version for its millimeter-wave network, Verizon will simply... carry it. Verizon spokesperson George Koroneos confirmed toThe Verge that the company will stock it in stores.

Why am I making such a big deal about something so normal? You need to understand that things havenot been normal in Verizon-land. Verizon pushed Google to create a version of itsbudgetPixel 4A 5G that cost $100 more to satisfy the carrier’s ridiculous demand that phones support barely-there millimeter wave. The Verizon version of Samsung’s Galaxy S20 had less RAM and no microSD expansion so they could fit mmWave 5G. All of Apple’s high-end iPhones have had tiny picture windows for millimeter wave if you buy them in the United States, and for what? Personally, I’ve experienced a Verizon mmWave 5G signal with my iPhone mini a total ofonce.

Those are just the big tech companies: to my knowledge, every other smartphone manufacturer that sells phones in the US has been co-opted into producing exclusive “5G UW” phones for Verizon as well, which has until now meant mmWave. It’s been such a hard rule that when analyst Anshel Sag spotted the phone’s spec sheet, he immediately raised the possibility that Verizon might not carry the new iPhone SE at all.

Notice that the #iPhoneSE won't have mmWave #5G so it might not be available on @Verizon https://t.co/hGgD6W25dd

And yet, it will — because Verizon doesn’t need to pretend it cares about millimeter wave anymore. In fact, the company’s already rebranded away from it. 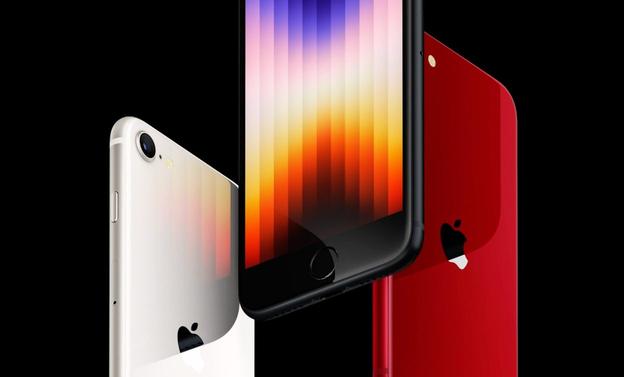 Originally, cellular industry executives told me that millimeter wave was key because 5G needed to wow people with speed. But the joke since day one has been that it’s a scavenger hunt: fast when you find the one street corner where it works, but walk down the street or enter a building, and the signal evaporates.

But this January 22nd, over the protests of the airline industry, Verizon flipped the switch on C-band 5G, a best-of-both-worlds chunk of radio spectrum with far longer range than millimeter wave and far better speeds than low-band 5G. After years of the industry promising that 5G would get better, Verizon’s results suddenly looked great.

But now that Verizon has reoriented its network around C-band — and invested heavily, $45.4 billion just for the spectrum alone — it has no more reason to push millimeter-wave devices that barely deliver on 5G’s promise. What it needs is for people’s first 5G phone to actually give them a good 5G experience, and that’s exactly what the new iPhone SE is poised to do: those who upgrade from a previous model have the opportunity to go straight from LTE to C-band 5G. It’s one of the first major phones to support C-band out of the box.

I don’t think we’ve seen the end of 5G marketing bullshit, mind you: you may wonder for a long time to come whether you’re actually on Verizon’s C-band or millimeter-wave spectrum because of how the carrier now puts both of them under the same umbrella. There’s still plenty of room for AT&T-esque labeling shenanigans in areas where coverage isn’t as good as a carrier would like it to look, too. That’s been AT&T’s version of the fake-it-until-you-make-it strategy from the start.

But at least we can stop pretending that barely-there millimeter wave is the future. It only took three years, countless billions of dollars, an entirely different chunk of spectrum, and a lot of misdirection to make 5G a consumer reality — at least in densely populated cities and parts of cities around the country.