The company originally hoped to release this feature in May. In the podcast email obtained by 9to5Mac, the company announced that it will postpone the subscription and channel release date to June to ensure "providing the best experience for creators and listeners." It sounds like Apple is still solving the problems behind the scenes, but it doesn't elaborate on the problems it still needs to solve.

The tech giant announced that it's adding paid subscriptions to its Podcasts app back in April during its "Spring Loaded" event to give creators a way to charge listeners for content. Podcasters will be able to set their own prices and decide on what perks paid subscribers get, such as ad-free listening and exclusive episodes.

In addition, Apple is planning to release a "channels" feature that will recommend "groups of shows curated by creators with unique titles, descriptions, and artwork." Together, subscriptions and channels can be a great way for podcasters to get their shows in front of potential subscribers. Apple will be taking a 30 percent cut of the first year for each subscriptio

n as always, though, with that percentage dropping to 15 percent per year after the first. 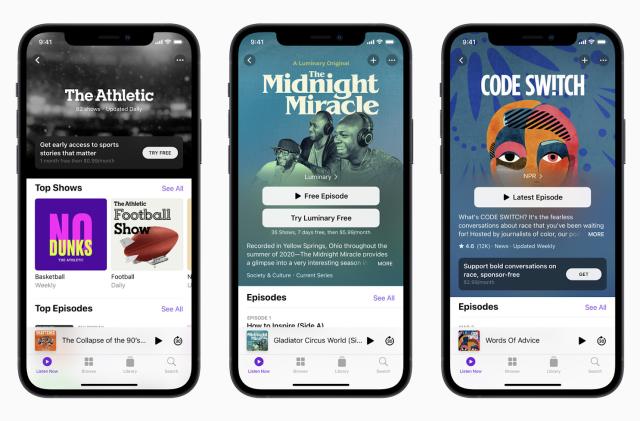 While the subscription service has been delayed, Apple been preparing for its launch over the past few weeks. It opened its affiliate program to include podcasts earlier this month, allowing participants to earn a 50 percent commission. Apple also rolled out iOS 14.6 to regular iPhone users a few days ago, which comes with support for paid podcast subscriptions.

Here's the full email Apple sent out to podcasters: