Apple's iPhone line did not get any cheaper with the launch of the new iPhone SE this week. The iPhone SE revealed at the March "Peek Performance" event starts at $429, offering the faster connectivity of 5G along with Apple's A15 Bionic chip from the iPhone 13 line to improve on the 2020 model that was $399.

The slightly higher starting price is not a surprise, but Apple's discontinuation of the 2020 model misses out on an opportunity to enter a competitive, lower-price market. In 2022, $429 is still too pricey for many people. Android phone-makers like Motorola, OnePlus, TCL and Samsung offer new "budget" phones that start under $200. And increasingly these phones are getting many of the features seen on Apple's more expensive iPhones, including 6.5-inch screens (albeit at a lower 720p resolution), multiple rear cameras and a commitment of up to four years of security updates.To be fair, $429 is right on par with other midrange budget 5G phones like the Moto G Stylus 5G, which costs $400, and the Google Pixel 5A, which costs $449. But the issue for me is that Apple doesn't have anything more affordable. That leaves most people dependent on carrier discounts (of which I'm sure there will be plenty).

Get the CNET Mobile newsletter

Find the best phones, apps and accessories with our CNET Mobile newsletter. Delivered Tuesdays and Thursdays. 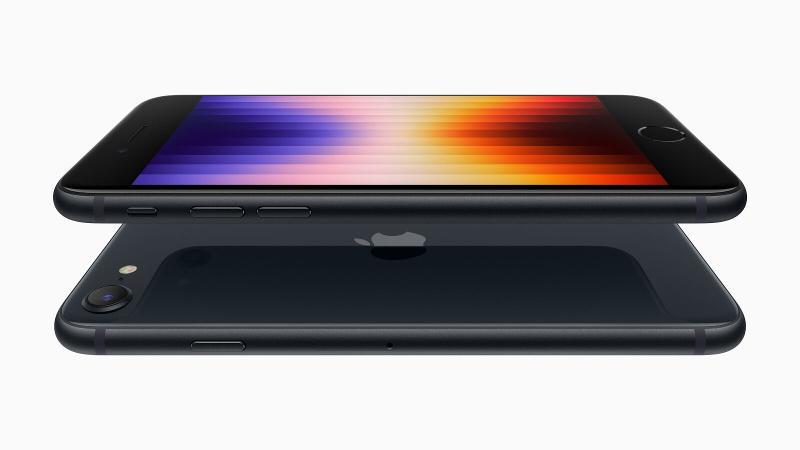 Thanks to the impressive performance of A-series chips and Apple's robust approach to keeping iPhone models up to date with the latest software for years, the "Keep the older iPhone around at a lower price" strategy is a good way to ensure that there's an iPhone for everyone, no matter the cost.

So it's surprising to me that Apple isn't keeping around the 4G-only iPhone SE from 2020 around for one more year, perhaps putting it in the under-$300 price range.

By making a $299-or-so iPhone officially available, Apple could include an iPhone option that's still priced higher than phones like the $160 Samsung Galaxy A03S or $200 Motorola G Power -- the 2022 version, which also doesn't include 5G -- yet provide an option that would be more accessible to people who just want features like iMessage along with access to Apple's App Store and various subscriptions like Apple TV Plus.

The reality is, it might be the carriers driving Apple to upgrade the iPhone SE. We see something similar happening with Android phones. Last year, Motorola released the Moto G Stylus 5G, which was based on its popular $299 Moto G Stylus. The 5G version added a couple new features but also had a higher price of $399, likely due to the higher cost of a 5G modem. In fact, Motorola swapped out the Snapdragon processors for MediaTek ones on the 2022 Moto G Stylus and Moto G Power to keep them 4G and under $300.

But Apple has plenty of retail sway on its own, and could perhaps consider selling a 4G-only iPhone exclusively at its own stores or on its website. Apple already offers unlocked models of its other iPhone models, at times priced slightly higher when the carriers aren't subsidizing the price with deals.

If the 2020 iPhone SE can't be kept around at a lower price, I'd love to see Apple launch a new iPhone designed to be sold under $299. I think back to the iPhone 5C, which came out next to the iPhone 5S. The 5C was essentially an iPhone 5 repackaged in a colorful plastic body. When it was released in 2013, it cost $99 up front with a two-year carrier contract. You could buy an unlocked version outright for $549. With the advances in manufacturing and a more robust market for phone components, I wonder what a 2022 version of the iPhone 5C would look like. Could a mostly plastic body take it as low as $199?

The truth of the matter is that the past two years have brought even more financial hardship to more families across the country. People are careful about what they buy as inflation is on the rise. And as much as we'd like electronics to become cheaper, ongoing issues with the supply chain have made premium devices like the PlayStation 5 still very, very difficult to obtain (see our PS5 restock tracker). Could Apple make a truly "budget" version of the iPhone? I think it could. But the real question is, will it?

Prev: Deluge of positive results from rapid tests comes in The Standard

Next: www.androidpolice.com Motorola announces a new Edge+ with a borderline ridiculous price tag