Introducing Crystal, Kimmel joked about how superior the Critics Choice Awards are to the People’s Choice Awards, saying “the people are kinda stupid.” Kimmel went on to sing the praises of Crystal’s television, film, and comedy career, noting how additionally he has helped to raise more than $80 million for Comic Relief, a charity collecting funds for those in need, particularly the homeless. Kimmel also noted how he thinks Crystal did the Oscars hosting gig (which he’s hosted nine times) “better than anybody.”

In his acceptance speech, Crystal thanked Kimmel, but clarified “I’d asked for JimmyFallon.”He continued: “Watching those clips just now [in his introductory sizzle reel] made me think of one word: residuals.” 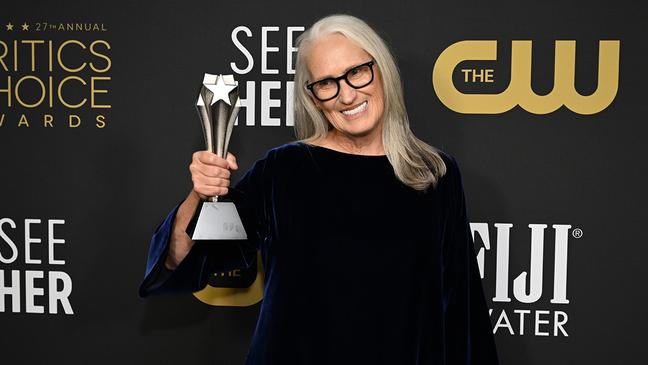 The 74-year-old talked about how he’s been working for 50 years, but added the most exciting thing about that is “there’s so much more to come.” Speaking of his upcoming new Broadway showMr. Saturday Night, he said “I can’t remember when I worked harder or had more fun on a project, and I’m serious.”

In an emotional speech, Crystal talked about his Russian and Ukrainian heritage and the laughter of his family elders, saying “I thank you for this, but I dedicate this award to those amazing people in our living room back in Long Beach, Long Island, whose laughter and joy started this 5–year-old boy on his way to this moment. And as we all have thought about and spoken about tonight, I pray that somehow, someway, there can be laughter and joy in that part of the world once again.”

Crystal also thanked his wife and children: “To me, it’s a creative achievement award. My lifetime award is my family.” His speech closed with a quote from Muhammad Ali: “If my mind can conceive it and my heart can believe it, then I can achieve it.”

Crystal began his career in comedy clubs, before moving into television with a recurring role on Soap in 1977, playing one of the first openly gay characters on television. From there, he hosted and then joined the cast of Saturday Night Live, making iconic the talk-show host character Fernando.

Speaking to press backstage after accepting his award, Crystal was asked about his historic role playing a gay man onSoap:“We did the pilot in 1976,” he recalled. “We made a sympathetic, strong guy. I think the real victory of Jodie [Dallas], I think it was season 3, he had fathered a child in a one-night thing and it was a court case, she was trying to get custody.And ABC did a poll, and overwhelmingly, the country wanted Jodie to get the baby and I thought, that’s the victory. That was the victory.”

As well as his wide success as a standup comic, Crystal successfully transitioned to features and his stellar film resume includes such varied and acclaimed movies as Running Scared (1986), The Princess Bride (1987), Throw Momma From The Train (1987), When Harry Met Sally… (1989), America’s Sweethearts (2001), Monsters, Inc. (2001), and Monsters University (2013).

The star has won five Primetime Emmys, including for his writing and hosting of the Academy Awards. Additionally, he has another 14 Emmy nominations, covering writing, performing, directing and producing categories. Crystal has also hosted the Grammy Awards three times, and was the 2007 recipient of the Mark Twain Prize for Humor. He won a Tony for his one-man show, 2004’s 700 Sundays. A live taping of the piece aired on HBO and received four Emmy nominations.

Crystal will return to the stage soon with a musical comedy, the aforementioned reimagining of his 1992 film Mr. Saturday Night. The production is set to open on Broadway on April 27.

Check out a full list of Critics Choice winners here.

Next: NFC POS Terminal Market worth US$ 11,503.09 million by 2027 – Exclusive Research by The Insight Partners