Boost Mobile has a new offer aimed at switchers: A phone and year of service for one flat rate. On Thursday the Dish-owned brand introduced the latest iteration of its "carrier crusher" bundle, offering new customers its Celero 5G phone plus unlimited talk and text and 1GB of high-speed data per month for 12 months. That will cost a flat rate of $199.

The Celero 5G is an Android phone that Boost Mobile created and features a 6.52-inch screen, runs Android 11 and sports a headphone jack. The phone has three rear cameras (a 16-megapixel main lens, 5-megapixel ultra-wide and a 2-megapixel depth sensor) with an 8-megapixel camera on the front.

Get the CNET Mobile newsletter

Find the best phones, apps and accessories with our CNET Mobile newsletter. Delivered Tuesdays and Thursdays.

Boost previously sold the phone for $140 on its own, though it in the past offered a preorder bundle for the Celero 5G where it included the phone and 12 months of 35GB of high-speed data per month for a one-time fee of $279 last September. The new offer isn't as generous, though it still might suit you if you need an affordable phone that won't use a lot of data. 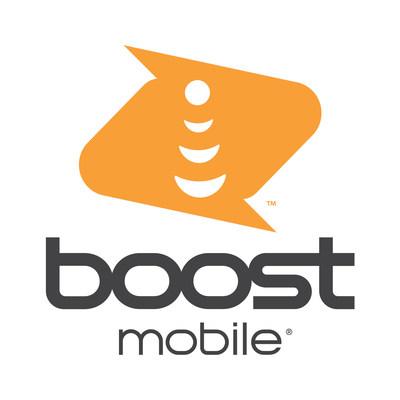 "We get a lot of people who need devices. So what can we do that's a little bit more disruptive on the pricing side where we kind of bundle in a device?" Stephen Stokols, head of Boost Mobile, told CNET. "We're looking at a segment that's value-centric, and 20 bucks, 30 bucks a month savings is significant."

After you've used your allotment of high-speed data, you'll need to buy more at $5 per gigabyte or switch to a higher plan. In addition to the $199 bundle, Boost is offering options with either 5GB or 15GB of high-speed data per month. Both plans run for 12 months and include the phone, with the 5GB option running $279 upfront and the 15GB version costing $340.

You can switch to a higher plan for just the month, with the cost to bump from the 1GB plan to the 5GB option running $6.67 a month. That's $1.67 more than buying a single additional gigabyte. You can downgrade the plan later if you'd like either through Boost Mobile's website or by calling in, Stokols told CNET.

Those who sign-up for the plan will be using AT&T's 5G network, which Boost Mobile roams on while Dish builds out its own 5G service. Boost Mobile also roams on T-Mobile's network, but Dish and T-Mobile have had disagreements since Dish acquired Boost Mobile from T-Mobile as part of the latter's merger with Sprint.

Boost Mobile users who'd prefer to use T-Mobile's network will need to change their SIM card to one that's compatible with that service.

Dish's own 5G network is a third option, though the company only currently has service live in parts of Las Vegas. The satellite provider has said it'll have service running in 25 major markets before June, with Stokols teasing that some updates on that front may arrive "potentially as soon as next week."

"What I will say is keep your eyes peeled, (for the) next week or two. There'll be some notable movement there."