The market grew 7% YoY and 20% QoQ even as component shortages and COVID-19 restrictions continued to disrupt supply chains around the world.

Apple ranked first with revenue of $196 billion, accounting for 44% of the market’s total revenue, and an increase of 35% YoY. Samsung, OPPO (including its sub-brand OnePlus), Xiaomi and Vivo ranked second to fifth, with revenues of $72 billion, $37 billion, $36 billion and $34 billion respectively.

Apple saw high demand for its 5G-enabled iPhone 12 and 13 series, which helped the company register a 14% growth in its overall average selling price (ASP), which reached $825 in 2021. 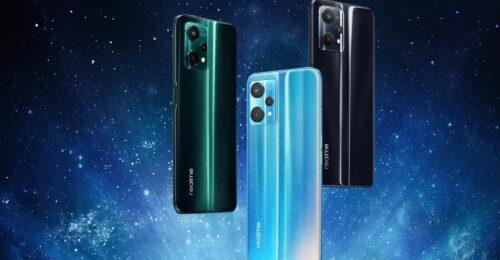 OPPO saw a revenue increase of 47% YoY to $37 billion while its ASP grew 15% YoY to reach $259 in 2021. The brand saw an increase in shipments in the $400-$599 and $600-$799 price ranges, mainly owing to strong demand for its Reno 6 series, Find X3 and OnePlus 9 series. OPPO also managed to expand its presence in mature markets such as China, Japan and parts of Europe (including Nordic countries), which drove the higher revenue and ASP.

Vivo’s revenue increased 43% YoY to $34 billion while its ASP grew 19% YoY to reach $259 in 2021. The brand ranked fifth in 2021 in terms of revenue and shipments. Vivo’s revenue performance was driven by the well-received flagship X60 and S series, exceptional performance in China and a wide product portfolio spread across all price bands.

In addition, the overall ASP of smartphones on the market grew 12% YoY to reach $322, mainly due to a higher share of 5G smartphones. 5G models have a significantly higher ASP than their 4G counterparts. The number also grew due to Apple’s successful launch of its iPhone 13 line up. Further, more 5G-enabled models were released in 2021 as companies focused on fulfilling a greater demand for affordable 5G smartphones in emerging markets such as India, Southeast Asia, and Eastern Europe. As a result, 5G-enabled smartphones contributed more than 40% of the global smartphone shipments in 2021, compared to 18% in 2020.

Next: Smartphone Market Analysis by 2030