SPRINGFIELD, Ill. — For more than three decades, Marcus Hargrett’s version of getting ready for work included holstering a semiautomatic pistol before reporting to the Cook County Jail.

Now retired, Hargrett and thousands of other similarly situated former county sheriff’s officers say a federal law allows them to carry weapons anywhere in the nation. But state government administrators have blocked them from doing so for nearly two decades.

In Illinois, the Law Enforcement Officers Safety Act, signed by President George W. Bush in 2004, permits as many as 10,000 retired officers to carry concealed weapons anywhere “notwithstanding any state or local law.”

But the office that governs the Illinois program created rules that preclude ex-correctional officers — guards who operated the jail such as Hargrett — and court services officers, or bailiffs. The Illinois Law Enforcement Training and Standards Board determined that they are not “retired law enforcement officers.”

Hargrett, 63, spent a large part of his career in a squad car patrolling the nation’s largest single-site jail. It meant transporting inmates to and from court, the hospital or doctors’ visits. It also meant apprehending troublemakers.

According to federal law, they are. The approximately 6,000 retirees in Hargrett’s shoes meet the LEOSA requirement that they spend at least 10 years as an officer with arrest powers.

But in Illinois, there’s an additional wrinkle. The training and standards board defines “retired law enforcement officer” as any police officers who during their career were “primarily responsible for prevention or detection of crime.”

To confuse matters, the application for a LEOSA card includes a form requiring applicants to affirm that they meet the state definition of “retired law enforcement officer.” But in the same application, there is a second form on which the officer’s former employer must attest that the retiree meets the broader federal definition.

Despite repeated phone calls and emails seeking comment, neither Keith Calloway, the standards board’s interim executive director, nor chief legal counsel John Keigher responded to requests for comment from The Associated Press. Neither was in the Springfield office on Friday when the AP visited. 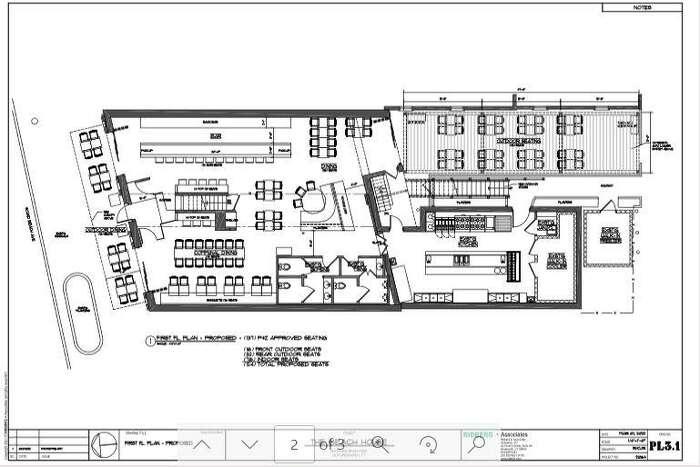 The differing requirements have prompted Cook County Sheriff Tom Dart to steer clear of green-lighting corrections and court deputies for universal concealed-carry eligibility, although he was the lead signatory on a 2015 letter to the standards board pleading the LEOSA case for the retirees.

“The sheriff has been clear in his support of these officers’ cause and remains supportive to this day,” Dart spokesman Matthew Walberg said. “Unfortunately, Illinois’ requirements are more narrowly constructed than federal law.”

Not every sheriff feels so constrained. In Sangamon County, corrections deputies are not eligible for the concealed carry program, but Sheriff Jack Campbell confirms the eligibility of retired court deputies who, during their service time, often arrest people for such crimes as attempting to take contraband into the courthouse.

The retired deputies could qualify under state civilian concealed carry law. But only half the states honor the Illinois permit. Hargrett recounts confrontations with ex-Cook County inmates while visiting trade shows, once in Atlanta and once in New Orleans, both situated in states without reciprocity.

Washington, D.C., correctional officers went to federal court in 2016 when their employer denied LEOSA credentials, claiming they had no arrest powers. But the officers prevailed, producing evidence that they did. Officers also testified to finding “kill lists” of guards in inmates’ cells. One recalled how he was confronted by an ex-inmate while on vacation with his family in a distant state.

“If you’re a criminal and you spend 20 years in jail, when you get out, are you more likely to target the officer who arrested you 20 years ago or the guy who exercised control over your daily existence for 20 years?” said the officers’ attorney, Aaron Marr Page, who has advised Hargrett. “The idea that they don’t face these threats is ridiculous.”

Barron Alston, 59, a retired Cook County corrections veteran of 30 years assigned to electronic monitoring, checked defendants confined to their homes while awaiting trial and arrested those who broke the rules.

In retirement, the Hillside resident said he regularly encounters people he arrested “for drugs, guns, a little bit of everything ... murderers, rapists, arsonists, people who mess with kids.”

The issue has gone to court in Illinois, too. The January 2018 federal ruling went against eligibility for five Cook and DuPage County sheriff’s corrections and courts retirees.

But U.S. District Judge Gary Feinerman didn’t rule on whether the retirees are unfairly excluded. He found that they could not use the federal civil rights statute to litigate whether they were improperly shut out.

In part, the ruling revealed a concealed-carry Catch-22: LEOSA requires a photo ID from the retiree’s former agency. Feinerman decided that because by definition they don’t meet state requirements to obtain the photo ID, denying universal privileges to carry a firearm causes no harm.

The retirees, meanwhile, are flummoxed by the finger pointing. Dart won’t sign off on the corrections and courts deputies because state rules declare them ineligible. The board sees it differently. In a 2018 letter to Hargrett, former Executive Director Brent Fischer suggested he plead his case to Dart who “has far more discretion” than the board.

Alston got the same reaction late last fall during a visit to the standards board’s Springfield office.

“They told me they had no problem with it,” Alston said. “They said it’s the sheriff holding you back.”

Shake off your afternoon slump with the oft-shared and offbeat news of the day, hand-brewed by our online news editors.

* I understand and agree that registration on or use of this site constitutes agreement to its user agreement and privacy policy.

Prev: MWC 2022: start date, list of participating brands and what to expect