MWC 2022 – Mobile World Congress – is a very big deal for phone fans. It's where some of tech's biggest names unveil their most exciting new products, and it sets the agenda for the coming year in tech.

We've been tracking the most exciting announcements in our MWC 2022 live blog, where we've seen some fantastic flagships and some budget bargains too. Here are all the new phones announced at MWC 2022.

The Honor Magic 4 Pro is a beast, and the Magic 4 is pretty tasty too. Both phones come with 6.81 inch, 120Hz displays and three-camera setups; the Magic 4 has a 50MP main, 50MP and 8MP periscope camera while the Pro's periscope is a whopping 64MP. The Pro also has a 3D depth camera for DSLR-style portrait shots.

Both phones pack the speedy Snapdragon 8 Gen 1 processor and the obligatory 5G connectivity, and there's a choice of 8 or 12GB of RAM and 256 or 512GB of storage.

The Magic 4 also comes in a more affordable 128GB version. Our favorite thing about the Pro has to be its fast charging: with an incredible 100W charging it refills in an incredibly short time.

The sequel to Nokia's 2020 C2 delivers a decent specification for an extremely low price tag: it has a 5.7-inch HD display, a 5MP rear camera and a 2MP selfie shooter with 1 or 2GB of RAM and 32GB of storage, expandable to 256GB.

It's not going to give Honor or Samsung any sleepless nights, but at £75 (around $100 / AU$135) this is an incredibly low price for a good quality 4G smartphone.

Already launched in China, the OnePlus 10 Pro made its worldwide debut at MWC 2022, where the handset was confirmed for Europe, India and North America, with an expected release of March.

It means we already knew pretty much everything about the OnePlus 10 Pro 5G apart from the price, which we think will place it firmly in premium territory. Which is fair enough, as it's a premium phone with an impressive specification. 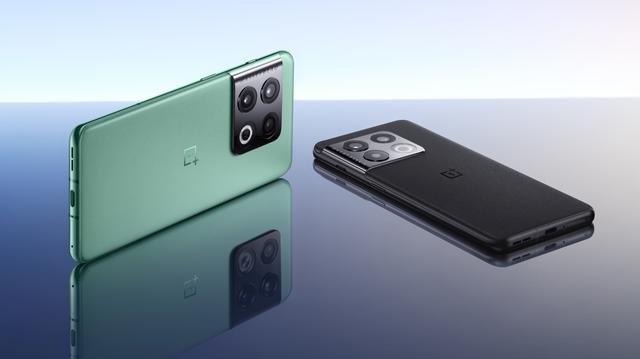 There's a 6.7-inch QHD+ display with a 1-120Hz variable refresh rate, and it uses Dual Color Calibration for consistent color accuracy at both high and low brightness levels.

There's a 48MP main camera, a 50MP ultra-wide one with a very wide 150-degree field of view and an 8MP telephoto camera. The selfie shooter is 32MP. The new RAW+ mode enables you to shoot in 12-bit RAW for more editing power. The battery here is 5,000mAh with speedy 80W charging.

We also learned at the show that there won't be a OnePlus 10.

The Realme GT 2 and Realme GT 2 Pro are both impressive phones, and it's the Pro we're particularly interested in: it’s competing against rival flagships on price and on specification too.

There's a 6.7-inch 120Hz display with 2K resolution and flat edges, and on the back you’ll find a triple-camera assembly with a 50MP main camera capable of 8K video recording alongside a 50MP ultra-wide camera with a 150-degree field of view and an impressive and unusual 40x microscope lens.

Under the hood there's a Snapdragon 8 Gen 1. We're very impressed by the GT 2 Pro, and the early discounts mean it's a seriously affordable alternative to the bigger names in Android.

That'll take your phone from zero to 50% in just five minutes. It's powered by MediaTek's new Dimensity 8100 SoC and Realme is keeping quiet about the rest of the specs of far: the release is still a few months away.

TCL are probably better known for their displays than their phones, but the firm hopes to change that with the launch of not one, not two, but five quite similar smartphones in 2022.

As we noted in our news story, "each was clearly built off the same template with just a few tweaks here and there."

All five have batteries of 5,000mAh or slightly more. We think it's highly unlikely that all these very similar models will ship in every territory; instead we expect TCL to offer an entry level and a more powerful model, with the specific versions based on what's most likely to sell in each market.

It's a strong contender for a place in our best budget phone line-up, and it stands up well against its rivals. Like them some corners have inevitably been cut to keep the price down: here it's the camera setup, which isn't class-leading, and the omission of waterproofing and wireless charging.

If you're wondering which corner has been cut to get the price so low, it's the processor: the power here comes from a Snapdragon 695, which isn't the speediest. Nevertheless, it's a lot of phone for the money.

ZTE has more Blades than Gillette, and its latest models are confusing and impressive in roughly equal measure. The emphasis is very much on battery life and budget pricing here: if you’re looking for blistering performance or – ahem – cutting edge features these are not the phones for you. But if you want a big display that won’t run out of puff when you’re streaming TV or movies, the Blades are good value.

The press information we’ve been given so far has been pretty patchy – hence us calling the launch confusing – but the official flagship is the flagship ZTE Blade V40 5G, whose specs are still largely secret. Our pick is the ZTE Blade V40 Pro, which has a 6.67-inch OLED, good colour reproduction and a 5,100mAh battery with 65W charging, but we’re also intrigued by the ZTE Blade V40 Vita and its 6.74-inch display, 6,000mAh battery with 22.5W charging and super-slim bezel. All four models are due to launch in April so we’d hope ZTE will announce more details very soon.

Next: Poco continues the push for value with the M4 Pro and X4 Pro 5G