“We are extremely excited to welcome Mike White and his family to Athens,” Brooks said in a statement. “We have witnessed Coach White to be a leader of men, as well as a proven winner with an impressive postseason body of work. We want to compete for national success in all 21 of our sports, and we believe that he is the coach that can build Georgia basketball into a consistent winner on the collegiate basketball landscape.”

The terms of White’s agreement with Georgia were not immediately disclosed. He was making $3.2 million with the Gators, according to published reports.

Crean also was making $3.2 million as Georgia’s coach before he was fired Thursday after a 6-26 season. That ended Crean’s four-year tenure with a 47-75 (.385) record. He had two years remaining on his original six-year, $19.8 million contract with the Bulldogs. But his buyout reduced to a total $3.2 million after the fourth season. That means he will have earned approximately $1.1 million per conference win for the 15 SEC games he won at Georgia. 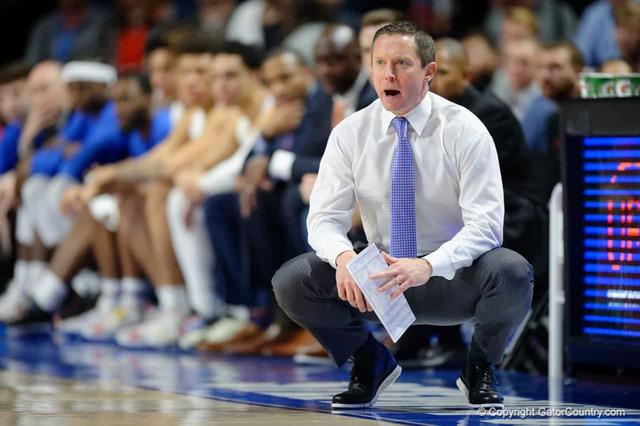 But White had considerably more experience and success than all the candidates. He led the Gators to five consecutive NCAA tournaments and six straight postseasons coming into this season. Florida did not receive an NCAA berth on Sunday.

The Gators finished in a tie for fifth in the SEC this past season. They were 19-13 overall and 9-9 in league play. Florida lost to Texas A&M in the second round of the SEC Tournament in Tampa on Thursday.

Florida has earned five consecutive postseason bids under White, reaching the 2016 NIT quarterfinals and earning four consecutive NCAA bids from 2017 to ‘21. The Gators advanced to the Elite Eight in 2017 and are the only SEC team and one of just 12 nationally to reach each of the last four editions of March Madness. Florida is one of only six schools to win a game in each of the last four NCAA tournaments. White was voted SEC Coach of the Year by both league coaches and The Associated Press in 2017, and eight different Gators have earned All-SEC honors a combined nine times during his tenure.

White was a four-year starter at Ole Miss and helped the Rebels to a pair of SEC West Division titles, three NCAA Tournament appearances and the school’s first NCAA Tournament victory. White excelled off the court as well, earning a spot on two SEC Academic Honor Rolls and being named to the 1999 SEC Good Works Team.

White is married to the former Kira Zschau. The couple has two daughters, Rylee and Maggie, twin boys, Collin and Keegan, and another son, Dillon.