Google improved its TV interface last year to provide a more content-focused coverage for its Android TV operating system, making it easier to navigate with the remote control. At today's I/O Developers Conference, the company announced the introduction of built-in remote control tools to Android phones, adding a feature to its service, which is a feature that Apple's TV and iPhone have been providing for many years.

Based on renders that the company shared, the remote control interface looks similar to Apple's, too. There appears to be a touchpad area that takes up most of the screen and lets you navigate your TV like a cursor. Below that sit keys for going back a page, to the home screen or launchi 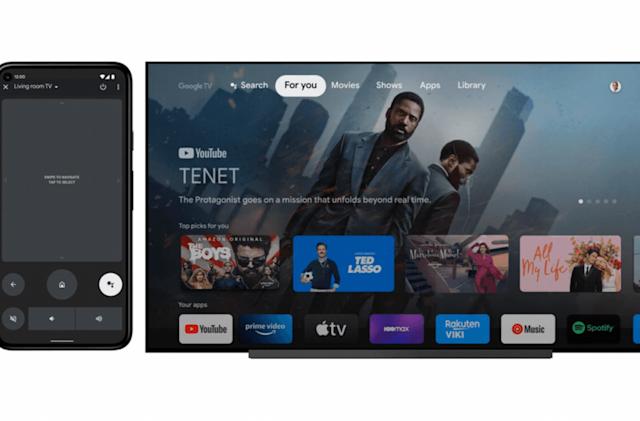 ng the Assistant, with volume controls occupying the bottom row. At the top right is a power button and settings menu.

Letting you use your Android phone as a remote offers several benefits. When your physical remote control runs out of battery, for instance, or if you've misplaced it, your smartphone is a handy stand-in. It's also much easier to use your phone to type in a movie title you're looking for when you don't want to or can't use voice dictation. What's more, entering the passwords for your various accounts is a whole lot less painful.

Google said that this feature will be launched later this year and will work with the Android TV operating system (including devices running Google TV).

Next: The Morning After: Spotify's Only You showcases your weird taste in music