Home > Samsung > The Morning After: Spotify's Only You showcases your weird taste in music

How eclectic is your musical taste? Spotify is here to accurately express how your playlist is left field, only you. No, not a niche ballad of Kelly Clarkson, but a new feature that can tell you how your song combination is different from others.

Only You begins with a unique artist pairing, showing two disparate musicians you might hop between. It also offers insight into music from specific years you stream often, and even the music or podcast you listen to frequently at a specific time of day.

If you’re feeling particularly brave in your song tastes — this comes from someone who stopped sharing his Spotify listening after being heckled by one of his Engadget colleagues — another new feature, Blend, can merge two people’s music collections into a curated playlist that’s updated daily. Better you than me.

The next Sonos–Ikea collaboration is a speaker picture frame

Discovered through an unannounced listing.Ikea

If speakers inside lamps and bookshelves weren’t doing it for you, how about a frame? While a retail page on Ikea’s site is no longer available, it briefly showed a new Symfonisk product that combines wireless speaker tech with, well, a picture frame. It’ll be available in black or white, priced at $199. According to its description, you can hang it on its own, place it on the floor or lean it against a wall. While it's called a "picture frame," it doesn't sound like you can use it to display your own physical or digital images. It has "interchangeable fronts," however, that fit the frame. The frame appears to have a fabric cover, which could make customized artworks a little trickier, but we’ll wait to test one for ourselves before offering our verdict. Continue reading.

Qualcomm recently announced a pair of updated Snapdragon ARM CPUs made for use in PCs, and now Samsung has announced new laptops featuring both of them. The new Galaxy Book Go promises instant-on performance and 18 hours of battery life with a Snapdragon 7c Gen 2 chipset. The 14-inch Windows 10 laptop can be customized with 4GB or 8GB of RAM, and either 64GB or 128GB of built-in storage. It's set to go on sale June 10th, with prices starting at $349. Continue reading. 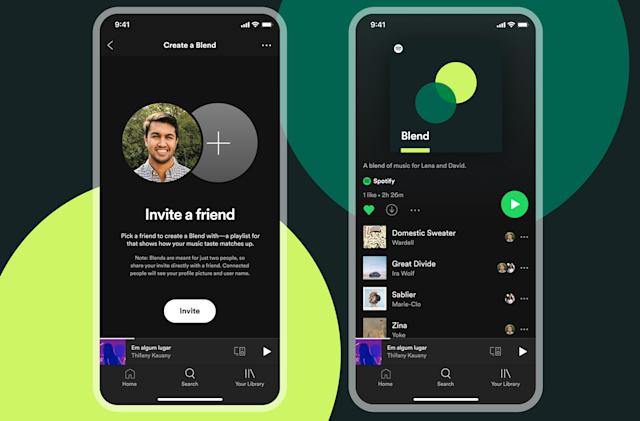 Donald Trump's blog page is no more. From the Desk of Donald J. Trump has shut down permanently, and Trump senior aide Jason Miller confirmed that it won't be returning. If you recall, the Trump blog was a preemptive response to Facebook's Oversight Board ruling regarding the social network's ban on the ex-president. It launched May 3rd, meaning Trump’s blog didn’t even survive its first month. Continue reading.

After teasing the next generation of Windows during Build last week, Microsoftwill officially unveil the new version of its operating system on June 24th at 11 AM ET. The event announcement follows news that Microsoft killed development of Windows 10X, an OS variant that was initially meant for dual-screen devices. Windows 10 launched back in 2015, what will 2021’s iteration hold? Continue reading.

Across phones, smartphones and tablets.

Huawei is rolling out its own operating system, HarmonyOS 2, to existing smartphones and tablets, including the Mate 40, P40, Mate 30 and its MatePad Pro tablet. The company plans to shift around 100 existing products away from Android and on to HarmonyOS.

HarmonyOS 2 offers upgraded connectivity and includes a drag-and-drop interface for pairing devices, which seemingly makes it easy to move files between a tablet and a Windows PC — something we’ve seen in Huawei’s laptops already.

To celebrate the new OS, the launch touched on a new smartwatch and three new Huawei tablets. That included a new 12.6-inch MatePad Pro with an OLED display and Huawei’s own Kirin 9000 processor. Continue reading.

The best outdoor and backyard gifts for dad

Upgrade his outdoor haven with any of these gadgets.Brumate

As summer approaches, it’s time to head outdoors. That means some dads will be obsessively monitoring the grill, trying to keep the family safe from bug bites and perhaps enjoying a cold beverage. Let’s upgrade those experiences. Continue reading.

'No Man's Sky' is getting a major visual upgrade

Prev: Google has finally turned an Android phone into a TV remote control