Minecraft is one of the most popular games on Android, though it’s not as fully featured as the Java edition of the game that you’ll find on desktop. You’re incredibly limited on the servers you can play on, and of course, Java players have an easier time modding their game, too. However, it’s actually possible to play Java Minecraft on your smartphone, and it’s surprisingly easy to set up. You can play on Android, jailbroken iOS devices, and Chromebooks.

I had great success playing the game on my Google Pixel 6 Pro, though you’ll have better results on any of the best phones with an Adreno-based GPU such as the OnePlus 9 Pro. Be warned: you’ll need to employ a workaround to play Minecraft 1.17.1 as well, and the latest Cliffs & Caves Part 2 update (version 1.18.1) also requires a number of complex steps. You can check out the official Pojav Launcher website to find out more information, including how to install Optifine or Forge.

Still, this works surprisingly well, and there’s even a mouse pointer and touch controls that you can use for navigating menus. You can use Forge Launcher up to 1.16.5 for a modded experience, and Fabric is supported as well. The launcher is completely open-source on GitHub. Incredibly, I had better performance on the Google Pixel 6 Pro than I’ve seen on some laptops, and that was without any optimisation whatsoever. The most annoying part of the experience is that you can’t easily click by tapping — you need to hold down on the screen to use a weapon. This gets complicated when playing on PvP servers.

There are some known issues when playing using Pojav Launcher, which are outlined below:

We would like to warn users that you will be required to log in to their Microsoft or Mojang accounts using the app, and that it is at your own risk that you do so. The source code for Pojav Launcher is available on GitHub, and the safest way to test it out is to audit the source code and build it yourself following the official instructions. I have been using it with my personal Minecraft account with the launcher downloaded from the Google Play Store. 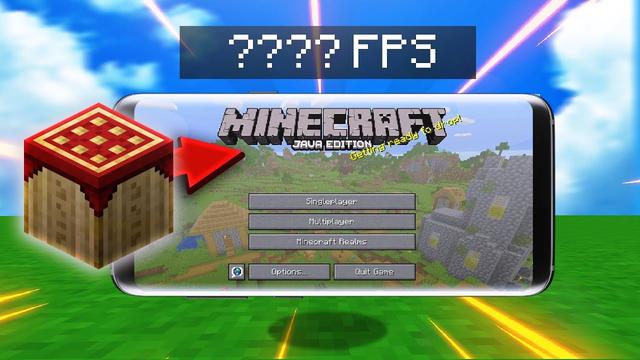 To get started, you’ll need to download Pojav Launcher on the Google Play Store. It’s a launcher that mirrors the Minecraft launcher on desktop and requires you to log in to your Mojang account. It downloads all of the necessary files including game assets from Mojang’s servers and even packs its own Java Runtime Environment (JRE).

Once you have the app installed, log in to your Minecraft account. Be sure to tap “keep logged in”, so that next time, you can tap “select account” instead. Choose the version of the game that you want to play and click play. It’s a pretty simple process for earlier versions of the game, however, gets more complex with newer versions.

For playing Minecraft 1.17, you’ll need to download JRE 17 for your specific device and change the renderer from the settings accessed in the bottom right. Select runtime manager, add your new JRE17 zip file and then change your renderer to gl4es 1.1.5 with OpenGL ES 3. It will say “no 1.17 supported yet”, but if you have JRE 17, then it is supported. You can also increase the amount of RAM designated to the JVM from the settings, which might be worthwhile doing if you run into performance issues, especially if you’re playing with mods.

You can then click “play”, and if you get a warning in a dialogue box, click “play anyway”. While you should follow the official instructions on how to install Optifine in Pojav Launcher, you may come across difficulties when trying to copy files to the /sdcard/Android/data/net.kdt.pojavlaunch[.debug]/files/.minecraft folder thanks to Android 11’s Scoped Storage changes. You can use the internal Android file explorer or a computer to copy files into it, and you’ll need to modify different files in it depending on what you’re configuring. Installing the custom resource pack for version 1.18 will require navigating to this folder, and so will installing certain mods for your game.

As for installing Optifine, that will also require switching back to both the internal Java JRE, and to the original gl4es renderer. Not switching will cause the Optifine installer to crash when launching, though once installed, you’ll need to switch back again to JRE17 and gl4es 1.1.5 with OpenGL ES 3 to actually play. It’s complex and it can be easy to lose track of what you need to do, so your best bet is just to follow the instructions carefully to ensure that you do it right.

If you have performance problems, there are a number of things you can try. The most important is lowering the resolution, which you can do from the launcher’s settings. Failing that, you can also follow the official optimization guide on the Pojav Launcher website, which has a link to a pack of mods for Fabric 1.16.5 that may improve your performance. While nearly all of the mods are aimed at improving performance, there are one or two in the pack that are also included for quality of life improvements. Some mods in the pack include:

Minecraft Java Edition can often be a taxing game to run on lower-end laptops, but many users have had great experiences running it on their smartphones. While it’s not perfect, it might be the best way you can enjoy the game with some of your friends if they play on a Java Edition server and your computer or laptop isn’t powerful enough to run the Java edition of the game.

I'm a senior editor at XDA-Developers. I have a BSc in Computer Science from University College Dublin, and I'm a lover of smartphones, cybersecurity, and Counter-Strike. You can contact me at [email protected] My Twitter is @AdamConwayIE and my Instagram is adamc.99.