Home > iPhone > How to take scrolling screenshots on iPhone and Android

When you take a screenshot, your smartphone captures whatever’s on your screen and saves it as a picture. But what if you want a snapshot of what’s not on the screen? It can be anything from a text thread to a long grocery list that can’t fit in the usual dimensions of a screenshot. Luckily, youriPhone orAndroid smartphone allows you to easily take a scrolling screenshot.

A scrolling screenshot extends the borders of a traditional one to however much you need. You no longer have to manually scroll and take multiple screenshots to grab a complete snapshot of, say, a website. Your phone can automatically capture and stitch together several screenshots to create one tall image or document. Here’s how to do it.

Take a scrolling screenshot on your iPhone

If your iPhone runsiOS 14 or later, you can take a scrolling screenshot without any external third-party app. Apple offers this function right inside your iPhone’s built-in screenshot tool. The only catch is it only works for apps updated to support it, such as Apple’s first-party apps and others likeGoogle Chrome.

Depending on the page’s length, your iPhone will take a few moments to scan it. Once it does that, you can view and scroll the page inside the screenshot tool. You can doodle on it with the row of options at the bottom, add text or a signature, and crop it.

When you’re happy with the result, tap “Done” at the top right corner and select “Save PDF to Files.” Your iPhone will store in the Files app. 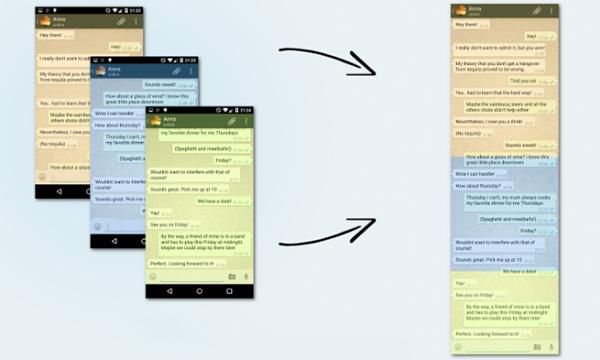 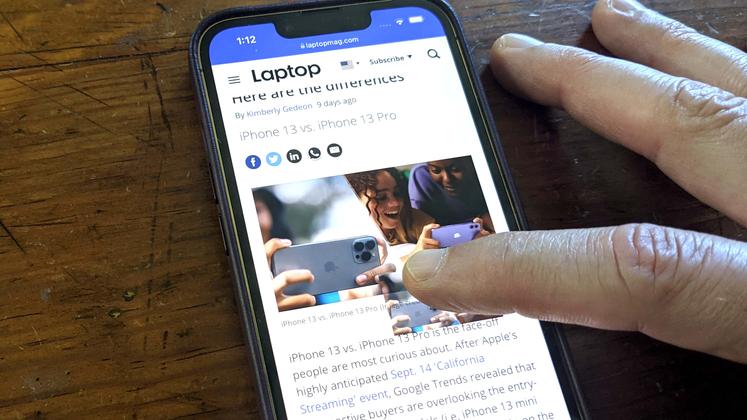 Apple’s solution is low on customization. That’s where a third-party app like Picsew steps in. Although it lacks the simplicity and ease of your iPhone’s native screenshot tool, it’s well worth exploring if you’re someone who intends to take extended screen grabs often.

Picsew can’t scan and screenshot a lengthy page on its own. Instead, it can merge multiple screenshots you take or intelligently turn the various scrolls in a screen recording into a scrolling screenshot.

Once you have your extended screenshot, Picsew allows you to edit it precisely the way you want. You can remove your iPhone’s status bar and scroll bar from pages, rearrange the order, and blur sensitive information.

You can try a few of Picsew’s basic functions for free. For some of the premium features, you can buy the $1 “Standard” upgrade. To access all of them, you will have to shell out $2.

Take a scrolling screenshot on your Android

On phones runningAndroid 11 or later, you can capture an extended screenshot from the standard power and volume down shortcut. Unlike Apple, Google’s tool lets you save it as a picture rather than a PDF document.

These instructions are for phones with the stock version of Android, such as theGoogle Pixel 6. In case you have a Samsung, OnePlus phone, or some other manufacturer, your steps may differ ever so slightly. On Samsung’s OneUI, you’ll have a button with two downward-facing arrows on the options tray next to the screenshot’s thumbnail instead of “Capture more.” On OnePlus, there’s an option called “Expanded Screenshot.”

People with Android 10 or older smartphones don't have to feel left out either. There are plenty of third-party apps you can download to grab scrolling screenshots, and the one we recommend is calledScreenMaster.

ScreenMaster comes equipped with a host of tools to capture and customize long screenshots. It can automatically scroll, gather multiple screenshots, and stitch them together to create a scrolling screenshot. When you do have the screenshot you’re looking for, you can mark it up, spotlight key sections, add emoji stickers, and more.

As long as you’re fine with manually scrolling to capture and create an extended screenshot, ScreenMaster is free. But if you want the automatic process, it will set you back $5.

Next: Wall Street Loves These 3 Growth Stocks -- Should You?