The gaming market in India has absolutely boomed since the pandemic drove us all indoors the last two years. And with that, the opportunity for gaming phones have grown too. Interestingly though, it doesn’t seem like too many companies are branding their phones specifically for gaming anymore. Instead, gaming has become an important value proposition of existing, often premium smartphones that we can buy. Which isn’t necessarily a bad thing of course. In fact, now instead of getting phones that are razor focused on gaming, you get good wholesome smartphones that can be your regular daily driver too.

There’s a reason for this too. Gaming specific features like high refresh rate displays, liquid cooling, etc., trickled down to regular phones as well. Which is why you shouldn’t be surprised if you see some non-gaming specific devices on this list. So, without further ado, here are the top premium gaming phones that have been picked as winners for the Indian Gadget Awards of 2021.

The ASUS ROG Phone 5 was selected as the winner of the Best Premium Gaming Phone of 2021 award, while the runner up is the Apple iPhone 13 Pro Max.

The ASUS ROG Phone 5 is really the crown jewel of the Taiwanese company’s efforts in the smartphone universe. Its ZenFone branded devices may not have been as successful as the company hoped, but the ROG Phone has made a mark on the consumer’s consciousness. Of the gaming phones that we see today, the ASUS ROG Phone 5 is perhaps the only one that looks and feels like a gaming device. It has the flashy RGB lights that gaming laptops are known for, and the air triggers that ASUS created have impressed many a smartphone gamer. 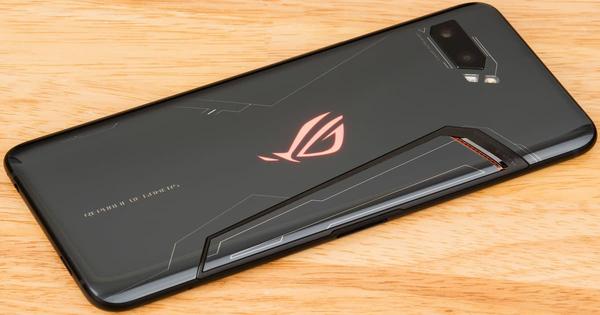 The ASUS ROG Phone 5 has 12GB of RAM and runs on the Snapdragon 888 chipset, with 256GB UFS 3.1 storage. This ensures longevity in terms of performance, and fast boot times for your games. It does heat up a little bit, but the vapour chamber inside does pretty well with cooling as well. It also has a 144Hz AMOLED display, which ensures that games like PUBG Mobile do not show any judder and operate smoothly. It’s a tad heavy, but that’s something that’s expected from a phone of this sort.

The POCO F3 GT came as a breath of fresh air this year. When it was launched, it was the only gaming-focused smartphone under the Rs 30,000 price point. It comes in three variants — one with 6GB RAM and 128GB storage, another with 6GB RAM and 128GB storage, and if you really want to go all guns blazing with gaming, there’s an 8GB RAM, 256GB storage variant as well. The device is sold in Predator Black and Gunmetal Silver colours.

The POCO F3 GT has a 6.67 inch 120Hz AMOLED display and runs on the MediaTek Dimensity 1200 chipset. It also features three cameras on the back, with a 5,065mAh battery and 67W fast charging support. The build quality and design screams gaming on this one, and there are physical “maglev” triggers which can be customised to perform specific functions in games.

Apple doesn’t specifically market its phones as gaming smartphones, but they have actually been unparalleled in terms of gaming. In fact, even the best Android gaming phone will often pale in comparison to the top-end iPhone. And that’s why the Apple iPhone 13 Pro Max receives this nomination for the Indian Gaming Awards 2021.

The iPhone 13 Pro Max has Apple’s new ProMotion display, allowing the refresh rate to dynamically change between 0 to 120Hz, as and when a game requires. It’s also one of the prettiest displays you can find today, and Apple’s A15 Bionic chip, combined with its vertically integrated software provides unparalleled gaming often. From PUBG Mobile to Candy Crush, this phone can run pretty much any game at the best possible frame rates and highest graphics performance.

Though the iQOO Legend 7 5G may not look exactly like a gaming phone, the coloured strip on the back gives it a distinct persona of its own. It has a 120Hz AMOLED display and runs on the Snapdragon 888 chipset with 8GB of RAM. There’s a 4,000mAh battery with 66W fast charging, and a slot for expanding the memory using an SD card. That’s one you don’t see as often anymore on premium phones.

The iQOO 7 Legend 5G’s benchmark scores on AnTuTu, Geekbench and 3D Mark are all higher than competitors like the OnePlus 9R and the Vivo X60. It also offers much longer sustained gaming performance on the 3D Mark Wild Life Stress Test, which is tailored to put pressure on a phone’s processor, generates a lot of heat and more.