Apple revealed its next-generationiPhone SE (2022) at itsPeek Performance event, aiming to welcome more smartphone users into the Apple ecosystem at a more affordable price. “But it looksexactlythe same as the previous SE model, how much of an upgrade could it be?” I hear many ask. It’s time to take a look at the real differences between the new iPhone SE 3 and its predecessor: theiPhone SE (2020).Not only is Apple’s new iPhone SE design identical to 2020’s model, it’s the very same design used in 2017’s iPhone 8. That’s not an issue for most (including this writer), as the Home button with Touch ID is still an in-demand feature. But with a matching form factor and running the sameiOS 15, along with Apple’s incredible software support, what’s stopping iPhone newcomers from picking up the even more affordable iPhone SE (2020) instead? What’s more, should current SE owners bother with an upgrade?

We have yet to get our hands on the iPhone SE (2022), but the upgrades have been laid out clearly. Not only is the new model equipped with an A15 processor (the same as theiPhone 13), but it also boasts5G connectivity, enhanced battery life, Smart HDR 4 for better photography, and more. Not bad for a budgetiPhone upgrade, despite it being pricier when compared to the $399/£389 launch price of the iPhone SE (2020). The iPhone SE 3 is clearly the better phone, but is it a worthy investment? Let’s break it down. 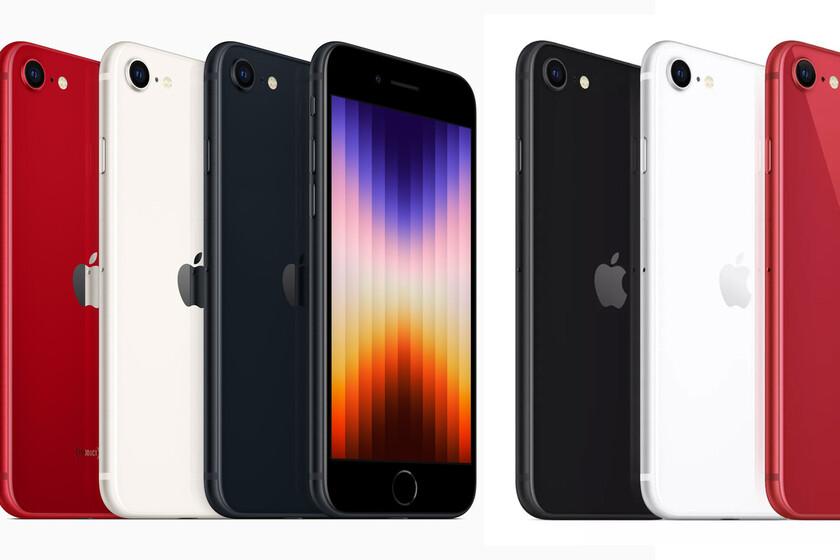 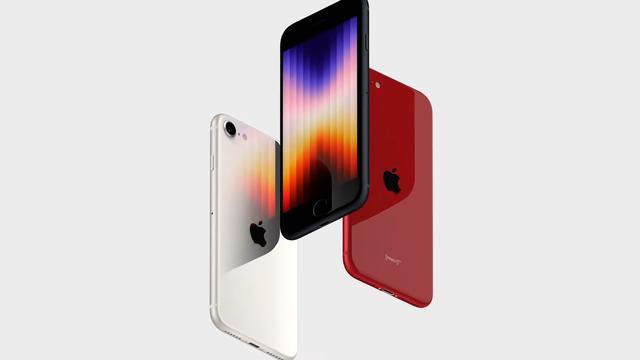 This brings up the case for an even cheaper iPhone SE (2020). Prior to the new models reveal, we talked about whyApple should deliver a $199 SE model, as it would entice newcomers to the iOS ecosystem. While we have yet to see a price drop, there are plenty of third-party retailers selling the iPhone SE (2020) for around the $250 mark. With the launch of the new model, that price is sure to drop even more, making the last-gen SE model a worthwhile purchase while you can find it. Still, it’s not packed with Apple’s latest features, and the iPhone SE 3 is sure to last significantly longer.

Draw.Look, it’s hard to elaborate on the differences between two devices that sport the exact same form factor. Same Home button with Touch ID and side buttons? Check. Same three color variations including Midnight Black, Starlight White and (PRODUCT)RED? Tick. Same 5.45 x 2.65 x 0.29 inch dimensions and 5.22 ounce- hold on. What’s this? It turns out the claimed 5.09-ounce weight of the iPhone SE (2022) is slightly lighter than the 5.22-ounce iPhone SE (2020).

The iPhone SE is already lightweight, so the weight difference won’t be noticeable when in hand. Also, we have yet to weigh the smartphone ourselves, so we’ll come back to this. The iPhone SE 3 also boasts Apple’s “toughest glass” on the front and back, but that’s not the Ceramic Shield that’s found on the latest iPhone models. The last-gen iPhone SE also had glass on the front and back, so it’s hard to know the real differences here.

Still, both models are identical, meaning you’re getting the same jaded design of pre-iPhone X smartphones. If you enjoy a small form factor and aren’t fussed about large bezels, then both iPhone SE models are right up your alley. If you are turned off by the bezels theiPhone 13 mini (5.18 x 2.53 x 0.3-inches, 4.97 ounces) is smaller and lighter than either of them with a larger 5.4-inch display, but that $270 price gap is a big leap.

Draw, again. Kind of.Both iPhone SE models are equipped with a 4.7-inch Retina LCD (1334 x 750) display, which is tiny compared to virtually every smartphone on the market: flagship or not. Plus, the large bezels at the top and bottom of the display only make it seem smaller, and owners will be stuck with a 60Hz refresh rate. However, for those that only use their smartphone for messaging or scrolling through news feeds or social media, the display does an adequate job of delivering relatively bright and smooth images.

While the displays are alike, Apple put an emphasis on its A15 Bionic bringing “smooth graphics performance” and photography features that make each photo “look fabulous.” This means apps, gaming and pictures should look better on the iPhone SE (2022)’s display, but that’s more to do with performance than anything else.

We would have liked to see Apple upgrade the screen in some way. But, you know, if it ain’t broke…

This is where things get interesting. Not only are we getting the blazing fast performance of the iPhone 13, but the iPhone SE (2022) also has the added advantage of 5G connectivity. With an A15 Bionic, a six-core CPU, four-core GPU and a 16-core Neural Engine (excellent for machine-learning, AI and computational photography), this budget iPhone slays every other smartphone chip on the market. Now that’s good value.

To put that into perspective, the iPhone 13’s Geekbench 5 test gave us a mind-blowing result of 4,436. That beats theSamsung Galaxy S22 (Snapdragon 8 Gen 1, 3,341),OnePlus 9(Snapdragon 888, 3,618), andPixel 6 Pro (Google Tensor, 2,760). Compared to the iPhone SE (2020), which sports the same A13 Bionic as the iPhone 11, the SE 3 blazes past its Geekbench score of 3,251.Don’t get us wrong, the A13 Bionic is still a powerhouse today, and there are no number ofGoogle Chrome tabs, apps, picture-in-picture video or games that will slow it down. But the A15 Bionic offers all of that and then some — effectively futureproofing the iPhone SE (2022) for years to come. That’s not all, as the A15 Bionic brings a bunch of features and upgrades to make the new SE model shine. That includes advanced photography features, performance efficiency for better battery life, and better performance overall.

While Apple hasn’t officially announced it, developerMoritz Sternemann (viaMacRumors) has spotted that the new SE model boasts 4GB of RAM, which is more than the 3GB of RAM found in the iPhone SE (2020). This means even more apps and pages can remain active in the background and you can also expect speedier photo and video editing capabilities. That, and whatever major iOS update Apple has down the line, the SE 3 can handle it just as well as it’s pricier counterparts.The A15 Bionic and 5G capabilities alone are the real reasons to go for the iPhone SE (2022) over its predecessor. On the other hand, those opting for the SE model may not be looking to bring out the full potential of what the A15 Bionic can do, meaning the A13 Bionic is more than enough. Still, having that potential power lying in wait until you may need it is always a handy advantage.

Darragh Murphy is fascinated by all things bizarre, which usually leads to assorted coverage varying from washing machines designed for AirPods to the mischievous world of cyberattacks. Whether it's connecting Scar from The Lion King to two-factor authentication or turning his love for gadgets into a fabricated rap battle from 8 Mile, he believes there’s always a quirky spin to be made. With a Master’s degree in Magazine Journalism from The University of Sheffield, along with short stints at Kerrang! and Exposed Magazine, Darragh started his career writing about the tech industry at Time Out Dubai and ShortList Dubai, covering everything from the latest iPhone models and Huawei laptops to massive Esports events in the Middle East. Now, he can be found proudly diving into gaming, gadgets, and letting readers know the joys of docking stations for Laptop Mag.

Next: BMW X3 Receives A Facelift, Gets Visual Enhancements And New Features