A group of Tijuana journalists held a 5K race on Sunday to honor their slaincolleague and raise funds for his daughter’s education.

Photojournalist Margarito Martínez Esquivel, 49, was shot to death on Jan. 17 outside his home as he left to go cover a story.

Organizers say approximately 200 runners participated in the community event held early Sunday morning at Morelos Park in Tijuana. The event was to benefit Martínez’s family, specifically with the funds earmarked for the schooling costs of his 16-year-old daughter, organizers said.

“We know that he loved her very much and that ... the important thing is that she has an education and we want to guarantee it. That is why we organized this race so that the people of the city could join in,” explained Adán Mondragón, a reporter with the news agency Esquina 32. 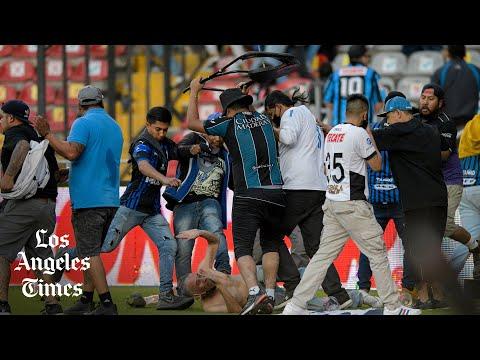 Other events have been held in recent weeks to protest the senseless killing and mourn the loss of the well-known crime photographer, but Sunday’s run had a markedly different vibe with members of the outside community joining journalists in participating in a positive and upbeat weekend event.

Christian Trejo, 27, won the race with an unofficial time of approximately 17:07.

“To know that the person that this event is being held for could have been here with us (today); it does make you stop and reflect, and value being able to be here today, and more than anything, for us to be able to help support,” said Trejo.

The #YoSíSoyPeriodista (Yes, I AM a journalist) collective of journalists from Baja California raised more than $3,000 from sellingT-shirts at the event.

The black and green shirts said “Pendientazos,” which was a phrase Martínez often used when he was waiting for colleagues to show up at crime scenes. Literally, it translates into “looking forward,” as in “looking forward to it,” but the way he often used it — in response to another journalist saying they were on the way to a crime scene — reminded his co-workers about how he was always there for his friends.

Martínez was a veteran photographer with over two decades of experience as a reporter in Tijuana, a city that, in recent years has become among the most violent in Mexico. Three defendants have been charged in his murder and are awaiting trial.