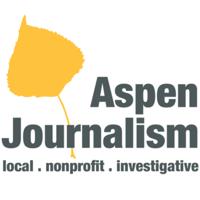 Stan Clauson of Snowmass Village has achieved the planning profession’s highest honor by being named to the American Institute of Certified Planners (AICP) College of Fellows for his achievements in urban planning.

“Individuals who make up the College of Fellows are the true leaders of the planning profession,” said past AICP President Valerie Hubbard, FAICP, in a statement. “These individuals have made lasting contributions to the profession and have inspired generations of new planners. They are truly awe-inspiring.”

Clauson is the head of the Aspen-based planning and design firm Stan Clauson Associates and served as Community Development director for the city of Aspen in the 1990s. He also served as president of the Colorado Chapter of the American Planning Association and board chair for the Aspen Chamber Resort Association. Previous work was in New England, where he served as Planning & Development director for the city of Montpelier, Vermont, and as Community Development planner for Newton, Massachusetts.

Clauson is one of 53 inductees into this year’s College of Fellows and the only one from Colorado. Inductions are done biennially. This year’s formal induction will take place during APA’s National Planning Conference in San Diego on May 1.

Douglas Elliman Realty on March 10 announced the winners of the 2022 Ellie Awards, which honor the firm’s top performing agents throughout the nation for 2021. Top performers in Aspen and Snowmass Village also were acknowledged.

Last year’s notable eight-figure sales included the $72.5 million record-breaking sale on Willoughby Way and the $44.5 million sale of 132 and 150 Placer Lane. Joshua Saslove represented the seller and Riley Warwick represented the buyer in both those deals. Serenity Ridge closed for $12.5 million with Liza Hogan as the only agent on the deal.

The National Award, presented to the top 25 individuals and teams (by size) by sales volume for the entire company nationwide, went to Saslove and Warwick ( No. 4 Small Team).

In Colorado, the Saslove and Warwick team was named the firm’s top team by gross commission income. They were followed by the Engel Lansburgh Team ( No. 2), The Bass Wogan Team ( No. 3), The Rulon Kelly Team (No. 4) and The Coates Horn Team (#5).

The top team by volume was awarded to Saslove and Warwick. Other winners included The Engel Lansburgh Team (No. 2), The Bass Wogan Team, The Rulon Kelly Team (No. 4) and The Coates Horn Team (No. 5).