February was a pretty busy month with multiple phone launches happening throughout the 28 day month and the shott month ended with Mobile World Congress, where we witnessed multiple launches as well. Now, in the month of March, the smartphone launches picked up the pace and in the first few days of the month, we have seen two phones from Realme, two from Xiaomi, one from Apple, and more.

Going forward, in March 2022, we will have more launches from brands like Redmi, POCO, iQOO, OnePlus, Samsung, and OPPO. The much-awaited Nothing phone powered by Qualcomm chipset is also expected to launch as the company has scheduled the launch event for the same later this month. We are expecting a bunch of new budget and mid-range phones going forward in March. In this article, we will take a look at the mobile phones launching in March 2022.

The Redmi 10 budget phone launch was teased at the end of the Redmi Note 10 Pro series launch event. Later, the brand confirmed the launch date of the phone as well. The phone is expected to feature the Snapdragon 680 processor and it will come with a dual rear camera with a 50MP main camera along with a textured back. The phone is expected to run on MIUI 13 out of the box as well.

The Redmi 10 is confirmed to launch on March 17 and it will be sold on Flipkart.

The POCO X4 Pro is expected to launch later in the month as the latest mid-range from the house of Poco. It was launched globally a few days back. However, the India variant is expected to feature different specs. The India variant will feature a 64MP main camera sensor, as opposed to the 108MP sensor found on the global model. It will come with a triple-camera setup on the back. The phone will feature an 8MP ultrawide camera and a 2MP macro camera. For selfies, the phone will have a 16MP front camera.

On the front, the POCO X4 Pro sports a 6.67-inch Full HD+ AMOLED display with a 120Hz refresh rate and under the hood, the handset is backed bySnapdragon 695 SoC with up to 8GB of RAM and 128GB storage. The phone is also expected to pack in a 5,000mAh battery and67W fast charging via a USB Type-C port.

Globally, the POCO X4 Pro 5G starts at EUR 299, which is roughly around Rs 25,200. In India, we can expect a lower price tag as the brand usually launches at a lower price compared to the global markets.

As per the leaks, the POCO X4 Pro 5G will launch in India on March 22 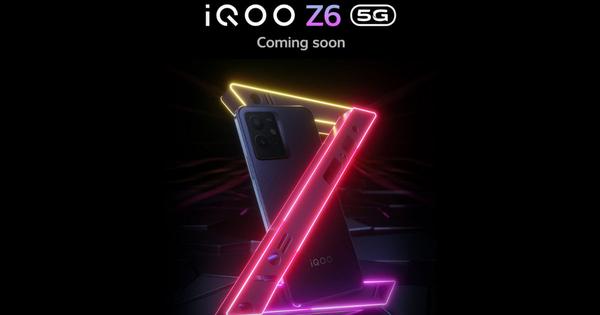 The iQOO Z6 5G is confirmed to launch in India soon. Leaks suggest the phone will launch in mid-March and it will be priced much lower than the iQOO Z5 5G. The phone will come with a triple rear camera system. It is said to feature a Qualcomm Snapdragon 695 5G processor, a 120Hz display with Full HD+ resolution, 8GB of RAM, 5-layer liquid cooling. Interestingly, the phone is expected to launch at around Rs 15,000. For context, the iQoo Z5 was launched starting at Rs 23,990.

The iQOO Z6 5G is confirmed to launch in India soon. The phone is expected to launch on March 16.

The OnePlus 10 Pro features a 120Hz 6.7-inch QHD+ AMOLED screen with LTPO 2.0. It is powered by Snapdragon 8 Gen 1 SoC and paired with up to 12GB LPDDR5 RAM and 256GB UFS 3.1 internal storage. There is a 48MP main sensor (Sony IMX 789), a 50MP ultra-wide secondary lens with 150-degree FoV, and an 8MP telephoto snapper. Selfies are handled by a 32MP camera on the front. The handset packs in a 5,000mAh battery, backed by an 80W SuperVOOC fast charging and 50W AirVOOC wireless charging.

While the company is yet to confirm the launch date, the OnePlus 10 Pro is tipped to launch on March 22 or March 24 in India.

Apple’s latest iPhone SE 2022 was announced on March 8 and the phone will be available for purchase starting March 18. The iPhone SE 3 sports a 4.7-inch retina HD IPS screen and the phone comes with glass protection on the back as well as on the front. The major change comes in the form of a new chipset with support for 5G. The new iPhone SE is powered by Apple’s in-house A15 Bionic chipset, built on a 5nm process with two ARMv8 high-performance cores and four energy-efficient cores.

In terms of optics, the phone comes with a single 12MP rear camera along with an LED flash. There is a 7MP selfie camera on the front In terms of storage options, you get three options to choose from 一 64GB, 128GB, and 256GB. In terms of software, the iPhone SE runs on the latest iOS 15.

The pre-orders for the iPhone SE 2022 starts on March 11 and the phone will go on sale starting March 18.

Nothing, the company behind the popular Nothing Ear (1) TWS will host an event on March 23, where the company is expected to launch its first-ever smartphone. The company’s micro-site for the launch includes the logo of Snapdragon, which is already confirmed to feature on the upcoming Nothing smartphone. At the recently concluded MWC 2022, the company had showcased the prototype of its upcoming smartphone to several key executives during the event.Apart from the chipset, we don’t know what the company will offer on its phone yet.

Since we have no details of the phone yet, the pricing of the Nothing remains a mystery as of now.

The Nothing smartphone is expected to launch globally on March 23.

The Galaxy M23 5G from Samsung is also expected to launch later in March 2022. According to the previous reports, the phone is said to come with a 6.6-inch Full HD+ 120Hz refresh rate display. Under the hood, the phone will come with Snapdragon 750G SoC paired with at least 4GB of RAM and 128GB of internal storage.

The Samsung Galaxy M23 5G might launch in India around the last week of March.

OPPO is gearing up to launch new A-series smartphones in India 一 OPPO A96 4G and OPPO A76. Both phones will feature a punch-hole selfie camera on the front and they’ll be available in Black and Blue colour options. Also, both phones are likely to feature a dual rear camera setup.

OPPO A76 4G will come with a 6.56-inch HD+ display with 1612 x 720-pixel resolution. The phone will come with a 90Hz screen refresh rate as well. Under the hood, the device is powered by Snapdragon 680 SoC with up to 2.4Ghz clock speed. The phone will be available with 6GB of RAM and 128GB of internal storage along with support for 5GB of Virtual RAM as well. Further, the phone will feature a 5,000mAh battery unit with support for 33W SuperVooc fast charging.

The OPPO A96 comes with a large 6.59-inch Full HD+ AMOLED display and the phone will also feature a 90Hz screen refresh rate. On the inside, the phone will be powered by Snapdragon 680 SoC paired with 8GB of RAM, 256GB of internal storage and 5GB of Virtual RAM. The OPPO A96 will also come with a 5,000mA battery with support for 33W fast charging. Lastly, both are expected to launch Android 11 running out of the box.

While we don’t have the confirmed launch date, the phones are expected to launch in the second half of March 2022.

Next: Apple Watch 7 pre-orders open in Saudi and UAE: Here's how to buy one