Home > iPhone > OnePlus 10 Pro vs OnePlus 9 Pro: how big is the generation gap?

The OnePlus 10 Pro has been announced, with global availability set for sometime in March. After last year’s OnePlus 9 Pro wowed us as much as it did, we’re pretty stoked to see it.

So how are the two flagship generations likely to differ? Where has OnePlus been able to make improvements?

While we haven’t had a chance to go hands-on with the OnePlus 10 Pro just yet, we do have a comprehensive list of specs and a smattering of official product shots to reference.

The OnePlus 10 Pro was announced in its native China on Jan. 11, 2022. We haven’t heard anything about a global rollout as yet, but you can be sure it’s coming before too long.

OnePlus doesn’t appear to have totally ripped up its curvy design playbook for the OnePlus 10 Pro, but it has made some welcome enhancements.

The main change seems to be to the camera module. The OnePlus 10 Pro’s square camera module now emerges from the side of the frame in a pleasing fashion. By comparison, the OnePlus 9 Pro’s module seems rather dull and by the book.

Otherwise, we’re looking at two fairly similar phones, with gently curved edges and that signature central OnePlus logo around back.

They certainly seem to be made of similar stuff, with aluminum frames and glass to the front and rear. With the OnePlus 10 Pro, the display is covered by Gorilla Glass Victus, which is tougher than the OnePlus 9 Pro’s Gorilla Glass 5.

Both have an IP68 rating though, so they can stand up to the same degree of water and dust ingress.

Another shared point is that distinctive OnePlus alert slider, which lets you flit between silent, vibrate, and loud in an instant.

There’s little difference between the displays of these two phones, at least on paper. Both are 6.7-inch AMOLEDs with QHD+ resolutions and 120Hz refresh rates.

While the OnePlus 10 Pro display is seemingly a newer form of LTPO that can scale right down to 1Hz, it’s worth recalling that the OnePlus 9 Pro’s screen could also achieve this feat through a sprinkling of custom magic. 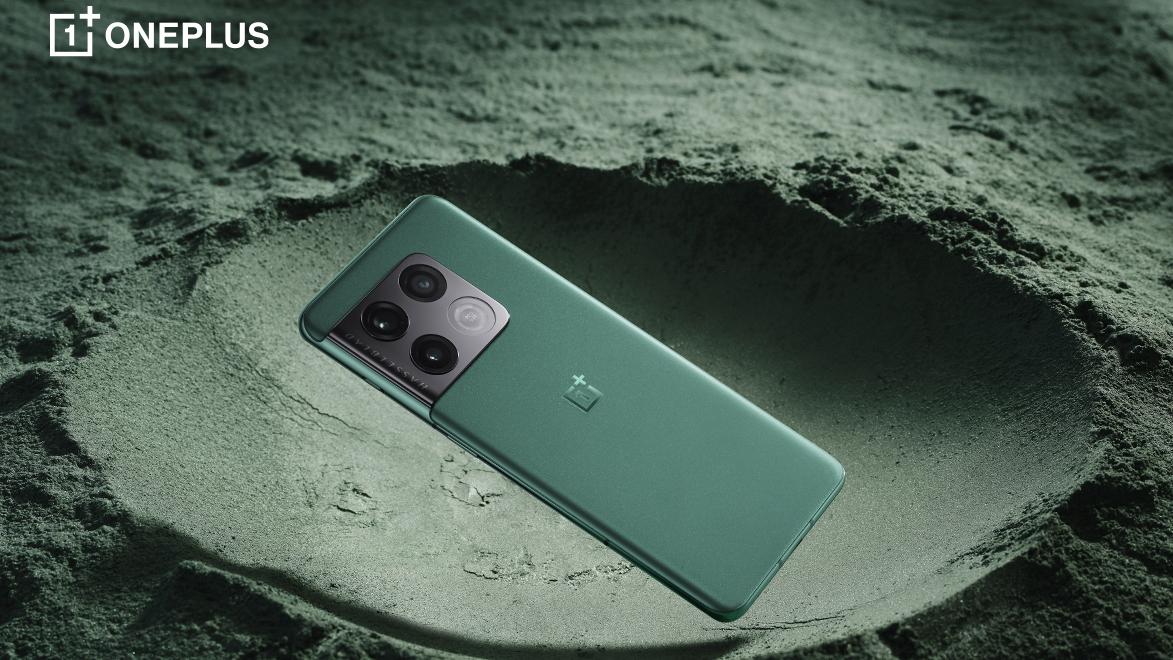 It’s a dead tie on maximum brightness front too, with both phones able to hit an impressive (if far from class-leading) 1,300 nits.

We’ll need to try the OnePlus 10 Pro out before we can come to a conclusion, but an initial scan of these specs suggests that they’re similar displays. That’s not necessarily a bad thing though, as the OnePlus 9 Pro had a superb screen.

Just as with the displays, we’re not seeing many signs of progress with the OnePlus 10 Pro’s camera setup.

Both phones give you a 48 MP f/1.8 wide sensor, an 8MP sensor capable of 3.3x optically zoomed shots, and a 50MP ultra-wide. From initial reports, the former two sensors are exactly the same on both devices.

It seems as if the main hardware difference here lies with the ultra-wide sensor, which has a new wider 150-degree angle in the OnePlus 10 Pro. Hopefully OnePlus hasn’t spoiled the fact that the OnePlus 9 Pro ultra-wide was so balanced and free of distortions.

Both phones make use of Hasselblad color tuning, though presumably the OnePlus 10 Pro takes things further. We’ll have to wait and see on that front.

The biggest advancements here will likely come down to the newer, faster processor used in the OnePlus 10 Pro, as well as any improvements made to the image processing algorithms by OnePlus and Hasselblad.

On paper, though, there’s disappointingly little between these two camera systems.

It’s been suggested that this represents a 20% increase in performance for the newer phone, though initial reports suggest that the CPU gap might not be quite that pronounced. We’ll know for sure once we’re able to go hands-on and benchmark the OnePlus 10 Pro.

Not that this is a massive deal. The OnePlus 9 Pro – and indeed the entire class of 2021 flagships – still feels fast and fluid. We’re expecting the OnePlus 10 Pro to feel much the same.

OnePlus has equipped both of its phones with 8GB of RAM, and there are 12GB upgrade options in both cases. In a similar way, both phones give you 128GB and 256GB storage options.

Strangely enough, one of the biggest differences could be the software that the OnePlus 10 Pro launches with. The OnePlus 9 Pro was one of the last phones to launch with the company’s pure OxygenOS UI. Since then, OnePlus has merged with Oppo, and new OnePlus phones are based on the latter’s ColorOS.

We’re still expecting OxygenOS to provide a stylish software interface with the OnePlus 10 Pro, but this will be layered over the basic structure of ColorOS. The initial Chinese model doesn’t even bother with the custom UI part of the equation.

It’s a little sad seeing the effective end of what was one of our favorite Android UIs, but hopefully Oppo and OnePlus can preserve what we loved about it while adding an extra smack of personalization potential.

Perhaps the most consequential hardware improvement made in the OnePlus 10 Pro is the provision of a larger 5,000mAh battery. The OnePlus 9 Pro only had a 4,500mAh cell.

While that could still “reliably see you through a full day on a full charge with typical use,” according to our review, there was definitely room for improvement.

OnePlus also stepped things up in the recharging stakes, even though this was arguably one area that didn’t need addressing. The OnePlus 9 Pro packed in a speedy 65W charger, but the OnePlus 10 Pro manages to squeeze in an 80W charger.

We love OnePlus for continuing to supply said speedy charging bricks in the box, unlike Samsung and Apple. Long may that continue.

It’s early, but the OnePlus 10 Pro doesn’t appear to be a huge step forward from the OnePlus 9 Pro. The display, design, and camera all seem to be quite similar.

There have been advances here and there, such as a larger battery and faster charging, while we quite like what OnePlus has done with the new phone’s distinctive camera module.

But early signs are this is a safe half-step forward rather than a full generational leap from OnePlus. Given that the OnePlus 9 Pro was one of our favorite phones of 2021, that may not even be such a bad thing for many.

We’ll know for sure either way once the OnePlus 10 Pro model lands in our hands. Stay tuned.