OnePlus initially entered the smartphone market with an aim to offer users “flagship killer” devices at reasonable prices with the “Never Settle” mantra. Well, that has changed now as the brand aspired to have a strong presence across price segments. So, it now sells full-fledged flagships, premium phones in the range of Rs 40,000 to Rs 50,000 and mid-range devices under Rs 30,000. But, the original idea of selling value for money smartphones is still not lost and OnePlus tries to uphold that by packing a polished software and good hardware into a relatively affordable smartphone while also offering a striking design.

The latest OnePlus Nord CE 2 is no different. It is priced at Rs 23,999 and is a minor upgrade over its predecessor. OnePlus has updated the design, and offered higher charging speed support as well as a new chipset with some minor tweaks here and there to offer an improved performance to users. Does that mean the OnePlus Nord CE 2 is yet another good smartphone from the brand? Well, the company has made some compromises to keep the price down. So, surely it's not a blockbuster launch. But it's also not something that you wouldn't want. Because at its price, the Nord CE 2 does offer a lot.

The OnePlus Nord CE 2 has a plastic rear panel and is available in a gorgeous Bahama Blue colour variant. (Image credit: Ankita Garg)

For the OnePlus Nord CE, it seems that the company took some inspiration from the Oppo Reno 7 series in terms of design as they both look alike. The “premium” factor is missing here, but it does look more appealing than its predecessor and some of the mid-range phones in the market. The device has a plastic build, though one might mistake it for a glass panel at first glance as it has a holographic look.

I got the gorgeous Bahama Blue colour variant for review, which will likely appeal to those who don’t prefer flashy back panels and go for a more subtle look with a satisfying colour. The rear panel has a glossy finish, so it attracts fingerprints pretty easily. While the front panel is protected by Corning Gorilla Glass 5, you can use the case that OnePlus bundles in the box if your usage is a little rough and you don’t want to deal with a fingerprint-magnetic back panel.

The OnePlus Nord CE 2 has a triple rear camera setup.

The OnePlus Nord CE 2 is sleek and lightweight. This makes it easier to use the phone with just one hand. It has a 6.43-inch display, which in my opinion is ideal screen size. There are smartphones in the market that pack 6.7 or 6.8-inch displays and are also pretty heavy. A larger screen does give users a bigger canvas, but makes it more difficult for them to handle the phone using one hand.

The Nord CE 2 has an excellent build quality and the side buttons offer good tactile feedback. I did miss the Alert Slider on this that you will usually find on more expensive OnePlus phones. Adjusting volume, sound, and vibration settings was a bit annoying on this. Those who haven’t used the Alert Slider before won’t really have an issue with this. The company at least decided to keep the headphone jack at the bottom.

The OnePlus Nord CE 2 has a single speaker and a 3.5mm headphone jack.

Speaking of which, there is only a single speaker at the bottom corner of phone, which might put off some users as several mid-range phones like the Realme 9 Pro+ come with dual speakers to offer a stereo experience. But, since the Nord CE is a watered-down version of the original OnePlus Nord series, you get limited features. You can consider the OnePlus Nord 2 if you can’t do without the stereo speakers.

The OnePlus Nord CE 2 has a 6.43-inch AMOLED display with a 90Hz refresh rate. It has support for HDR 10+ as well as Widevine L1 certification for streaming high-resolution content on OTT apps. Though, it seems to have some issues with playing HDR content. For instance, the Netflix app showed that this device doesn’t have HDR capabilities, which is a bit strange. But this can get fixed through an update. The smartphone has an amazing display and one will enjoy watching videos on this. The colours really pop out.

You can play heavy titles on the OnePlus Nord CE 2.

The phone is powered by a MediaTek Dimensity 900 processor, which can handle regular tasks pretty well. The multitasking experience was smooth and I had no issues with it during my usage period. I was able to play titles such as Battlegrounds Mobile India, which defaulted to HD graphics and "High" frame rate settings. I also played Genshin Impact, which is a very graphically demanding game. So, the default graphics were set to low. The games were playable at these settings, though I did notice a bit of stutter in both of them. The good thing is the phone didn’t get too warm after playing a game for 30 minutes and the battery level dropped by only 8 per cent.

As usual, with the OnePlus phone, you get a well-polished and clean software experience out of the box. The OnePlus Nord CE 2 is running on OxygenOS 11.3, which is sadly based on the older Android 11 OS, instead of Android 12. This is surprising considering OnePlus usually offers the latest Android OS out of the box. There is no bloatware, which is what I love about OnePlus phones. There are smartphones that come pre-installed with a lot of unnecessary apps and the worst part is when you don’t get to uninstall some of them. OxygenOS is currently one of the best customs UIs as it is lightweight, clean, fluid, have enough utilities and most importantly, it is not complicated. 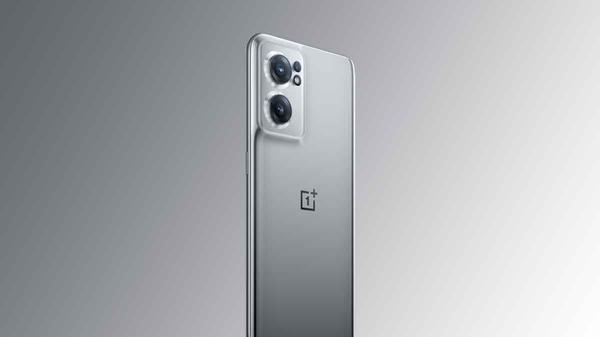 Additionally, I have never witnessed ads in the UI and the native apps of OnePlus also don’t push out any ads, unlike some of its rivals. 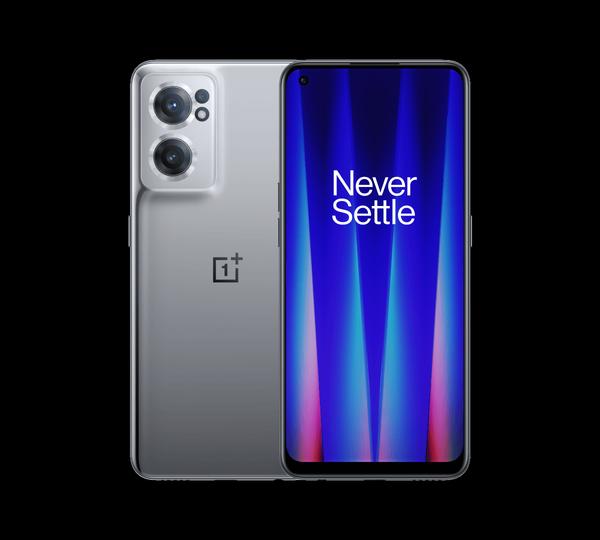 The company has promised that the Nord CE 2 will get two years of major Android OS updates and three years of security updates. So, you should get Android 13 update too in the future with this device. It has an in-display fingerprint sensor, which one can quickly unlock the phone and when I say that I mean within milliseconds. One can also set up face unlock.

The OnePlus Nord CE 2 ships with Android 11 out of the box.

The OnePlus Nord CE 2 has the same rear camera setup that you get on the original version. The only difference is OnePlus has replaced the monochrome sensor with a macro one. At the back, it features a 64-megapixel primary camera, an 8-megapixel ultra-wide-angle sensor and a 2-megapixel macro sensor.

The primary rear camera can take some good shots in daylight with a lot of details and sharpness. The dynamic range and exposure are on point. With both AI and HDR modes, I did get better shots with lively colours. The AI mode offers dramatic shots that will look good on Instagram.

Though, the ultrawide camera is strictly average and you get decent shots only in ideal lighting conditions. When the light is lower, dynamic range and exposure go for a toss and details get mushy. This is not true for every scenario and you can take better shots when there is a very good light source. There was also some sort of edge distortion as well as noise in photos shot with ultra-wide camera.

You can get some usable portrait shots with this device but it is a hit and miss. The blur effect is not very effective and edge detection is also not that great. You do get the option to adjust the blur effect.

The low-light images shot with the main camera were fine with enough clarity and sharpness all thanks to the night mode. It took brighter shots and offered more details than the regular photo mode. Though, some of the images seem a tad dull and noise was also visible in some parts. It can take good low light selfies. The camera app automatically activates the screen flashlight to offer brighter photos with enough details.

One of the key selling points of the OnePlus Nord CE is its support for a 65W fast charger. For your reference, its predecessor comes with 30W charger. This year, the company has used Oppo’s SuperVOOC fast charging tech, rather than Warp Charge that it has offered with its previous phones. Nevertheless, you are still getting faster charging speeds. The device has a 4,500mAh battery and you get the 65W fast charger in the box, which is just great.

The bundled charger can offer around 35 per cent of charge in about 15 minutes. It will take 45 minutes to fully top up the battery unit from zero to 100 per cent.

The smartphone offered a really good battery life during my usage period. It can easily survive for more than a day if your usage involves browsing, a bit of binge-watching, messaging, calling and casual gaming. If you add hours of gaming (heavy titles) and a few photo sessions, then you will be required to charge the OnePlus Nord CE 2 after around 10-11 hours.

The OnePlus Nord CE 2 has a punch-hole display design.

OnePlus Nord CE 2: Should you buy it?

The OnePlus Nord CE 2 is a good smartphone that you can consider buying if your budget is around Rs 24,000. It offers an attractive design, a powerful enough chipset, a big battery with support for faster (65W) charging speed. It can also take appealing photos in daylight. Though, the ultra-wide camera is not that good.

Alternatively, there is the Realme 9 Pro+, which offers a slightly better camera experience with OIS support and even stereo speakers. But, you don’t get the clean, bloatware-free software experience that you get with OnePlus phones. You can instead buy the OnePlus Nord 2 if you want stereo speakers, and OIS support for better stable videos. Though, you will have to spend Rs 4,000 more.

Prev: Review: Samsung Galaxy S22+, still one of the best smartphone cameras around