Almost every Chinese smartphone company that came to India started by offering affordable devices. Companies such as Oppo, Vivo, and Xiaomi had almost the same sort of strategy, be it in terms of advertising, marketing, or product offerings. But OnePlus stood a little apart from its competitors and didn’t just go for launching smartphones that were affordable Androids, but actually flagship killers. For many years, users could relate to the vision and goal of launching flagship killer Androids, until OnePlus started launching high-end flagships too.

Just like Samsung, now the Chinese smartphone companies have offerings in both the flagship category as well as the affordable segment. All of these companies want to sell as many devices as possible to as many people as possible. 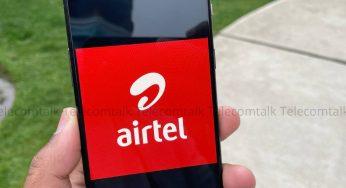 Even Vivo is selling smartphones today which cost more than Rs 60,000. The same with Oppo, iQoo, and Xiaomi. All of these companies have come a long way and have worked aggressively to make a brand in India to be able to create demand for their smartphones.

But the question is, are these devices actually worth this much? Are people really buying such high-end flagships from Chinese companies?

One thing is for sure, whenever it comes to budget and mid-range smartphones, the Chinese smartphone makers are heavily dominating the Indian market. Brands such as Realme and Poco are also competing heavily in the budget to mid-range segment.

A lot of flagship devices from the Chinese companies pack the kind of specifications that Samsung or Apple would sell in their device for more than Rs 1,00,000 easily.

While there are still some issues with the overall UI when it comes to Chinese devices (not with OxygenOS of OnePlus), they are still value deals compared to what you get with the Samsung and Apple flagships.

It has been quite a journey though. Looking at the Chinese smartphone companies starting with budget devices, entering the mid-range, and then the ultra-premium flagship segment. It is only time when more brands will enter the ultra-premium space, thus, it will be interesting to see how Samsung and Apple will counter them.

Next: Best smartwatch 2022: the top wearables you can buy in the UAE and Saudi Arabia