Earlier this month, a OnePlus Nord 2 5G smartphone exploded in a lawyer’s pocket, after which the user initiated a legal complaint against the Chinese smartphone maker. Now, OnePlus has issued a legal notice to the Delhi-based lawyer, demanding him to “cease and desist" from making or publishing “any such defamatory videos or derogatory statements" against OnePlus and its products. OnePlus also demands that Gulati removes his earlier tweets and posts, the company told CNN News18. Gulati, in a tweet, informed about the legal notice, saying that “this is the price I have to pay for being the whistleblower."

OnePlus, in a statement, said, “We confirm that we have issued a cease-and-desist notice to the concerned individual. We will follow the proper legal procedures to resolve this matter." Gulati shared a copy of the legal notic on his Twitter. The image shows that OnePlus has sent the notice through a legal partner of Mobitech Creations - OnePlus’ Indian subsidiary. The notice says that the user has given “self-contradictory and false statements to the media regarding the explosion of the OnePlus Nord 2 5G smartphone, with a “malicious and mala fide intent" to harm the company’s reputation. “The Disparaging Content has and continues to cause unquantifiable damage to Our Client. The general public, including Our Client’s potential customers, are very likely to be negatively influenced, deceived, or otherwise misled into believing that the statements made in the said Tweets as being true and conclusive," the notice shared by Gulati reads.

सत्य परेशान हो सकता है लेकिन पराजित नहीं…. @barcouncilindia @OnePlus_IN @OnePlus_SupportSo I have recieved this legal notice for raising my voice for whatever i have gone through after my mobile blast incident. So this is the price i have to pay for being the whistleblower. pic.twitter.com/6hOxTMi6Vw— GAURAV GULATI (@Adv_Gulati1) September 18, 2021 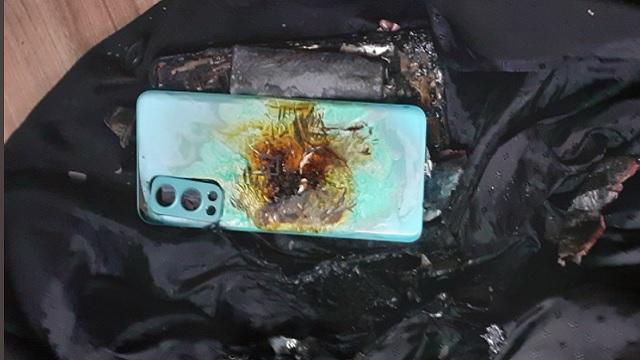 The notice also adds that the Delhi-based lawyer should remove his original tweets referring to the incident and issue a written communication to all media outlets clarifying his stance. OnePlus asks Mr Gulati to offer an “unconditional apology" on the matter along with an undertaking to not post or disseminate any “disparaging content" about OnePlus and its products in the future.

We tried reaching out to Mr Gulati but were not able to reach him after multiple attempts. We will update this story as and when we can facilitate a response from the affected user.

After the issue, a team from OnePlus reached out to the Delhi-based advocate. However, the user was not happy with the team’s response and found them to be insensitive towards the issue. Gulati told us that he refused to give the smartphone for investigation as he believed that the team could temper with the evidence.

This came after a similar indicent occured in Bengaluru, when a OnePlus Nord 2 5G exploded in a woman’s slig bag. OnePlus had back then said that the explosion occured due to external factors and not due to any manufacturing or design flaws.