Oppo Reno 7 series debuted in China recently with three smartphones. The company did not say anything about the global or Indian launch of the new phones, but there is a leak that suggests at least two Reno 7-series phones will be headed to India next year. Adding to that information, a follow-up report has now revealed the ballpark of what the Reno 7 series would cost in India.

91Mobiles has reported, citing industry sources, that Oppo will indeed launch only the Reno 7 and Reno 7 Pro smartphones in India, and leave the Reno 7 SE behind. 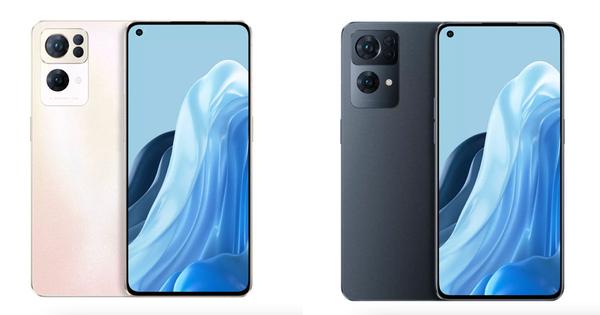 The Reno series has always belonged to the mid-range, but since the competition is getting fierce, these leaked prices seem high. Take Reno 7 Pro, for example. The price range of Rs 41,000 to Rs 43,000 is where Realme sells its flagship killer phone GT. There is a big difference between the Reno 7 Pro and Realme GT, and only the latter seems better value for money if we go by the leaked price range of the upcoming Oppo phone.

The report also mentioned that Oppo may also be planning to launch new TWS earbuds in India. The specific model is not clear at the moment, but the report claimed the upcoming wireless earbuds from Oppo will cost around the same as the Oppo Enco X, which is Rs 10,000. Oppo sells a wide range of TWS earbuds in China, including Enco Air and Enco Free 2 but they are not as high-end as the Enco X, so maybe the report is talking about an unannounced TWS model.

Previously, a report said Oppo was also planning to launch the Watch Free smartwatch in India alongside the Reno 7 smartphones. The follow-up report corroborates that information. This means Oppo will have a series of products to launch at the next event, the details of which are bleak right now. However, in any case, the launch of the Reno 7 series and other products in India is likely to take place within the first quarter of 2022.