Buoyed by the BJP's convincing win in four of the five State elections, modest fall in international crude prices and hopes of de-escalation between Russia and Ukraine; the domestic stock markets took a break from four consecutive weeks of selling to close more than two percent higher during the week ended. Big swings are now commonplace for major stock indexes, but even by current standards last fortnight's jumps and falls were extreme.

The rupee ended 43 paise lower at 76.59 per dollar on March 11 against its March 4 closing of 76.16. Next week could bring more choppiness. The market is ready to bounce back if the Ukraine crisis de-escalates, but markets could also be more volatile and fall further if it worsens. International crude oil prices are near their highest level in years, despite retreating in recent days. The US Federal Reserve meets next Tuesday and Wednesday to vote on whether to raise the base interest rate and by how much. 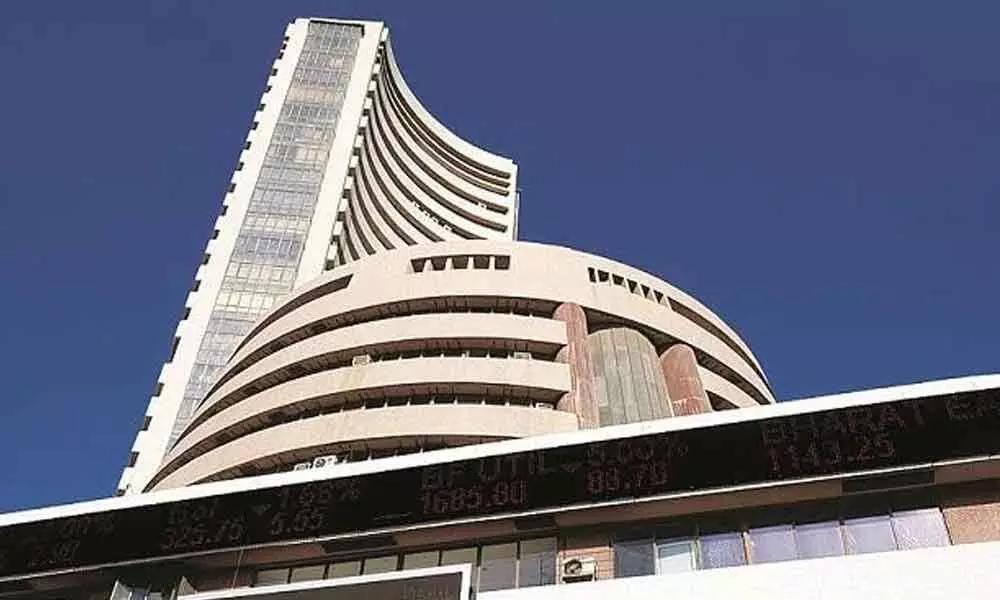 16400-16300 zone could act as a key support zone for the index. Implied Volatility (IV) of Calls closed at 24.45 per cent, while that for Put options closed at 26.07. The Nifty VIX for the week closed at 25.58 per cent, which was higher than the previous week. PCR of OI for the week closed at 1.44. Overall data indicates that the Nifty could remain in a broad range of 16,000-17,000 levels for coming sessions. Traders can expect sector specific moves in upcoming week with trend likely to remain in favour of bulls. After the emphatic win in Assembly elections, the NDA-led government may embark on implementing its reform agenda with more vigour.

While chip shortages are expected to improve and normalize towards the end of the year, industry sources are expressing fresh concerns that if the Russian invasion of Ukraine continues for some more time, there is likely to be an added impact on the supply chain, which in turn may adversely affect vehicle sales. Expect range bound moves in auto sector with continued focus on EV segment. Stock futures looking good are BPCL, BEL, HPCL, Jubilant Food, Laurus Labs, Reliance Inds, Sun Pharma and Trent. Stock futures looking weak are ABB, Exide Inds, FSL, Havells, Muthoot Finance and UPL.

(The author is a stock market expert. He is former vice chairman of AP Planning Board)

7Seas Entertainment Ltd is an independent, IP-based game development company. The company's portfolio includes numerous award-winning, diverse ranges of games. The company is also developing Metaverse, games which have a treasure hunt-action theme and unique game play features. With new forms of monetization layers emerging, particularly with AR, VR, and Metaverse bringing diversified changes to the gaming industry, the company has stepped up its game to fit this new model.

The potential for growth will be greater with 5G, AI, AR, VR, Metaverse & block chain technologies. Play to earn is emerging as an attractive business model that provides win-win entertainment and money-making platforms for players and companies in the gaming industry.

The company is all set to release games of the new model for the next generation in the upcoming season. The sky is the limit for players with multiple games on offer and for companies as the number of players in the millennial population exploded and the average time spent on gaming has increased dramatically to 8.5 hours per week. 7Seas Entertainment Limited's new games such as Treasure King; and others, will perfectly fit into this model.

These games will provide the players with the most entertainment and money for their time. It is interesting to observe that India continues to hold the top spot in the mobile gaming market, as mobile phones/ smartphones have become the most popular entertainment platform. Buy at current levels for surprising gains in next few quarters.