An open and shut case?

After teasing its first folding phone last week, Oppo is revealing the Find N in full today. Oppo’s chief product officer Pete Lau told reporters in a briefing that the company has been working on this phone since 2018, with the final Find N the result of six generations of internal development. I can believe it — I’ve been using it since last week, and it’s a surprisingly impressive and refined product. 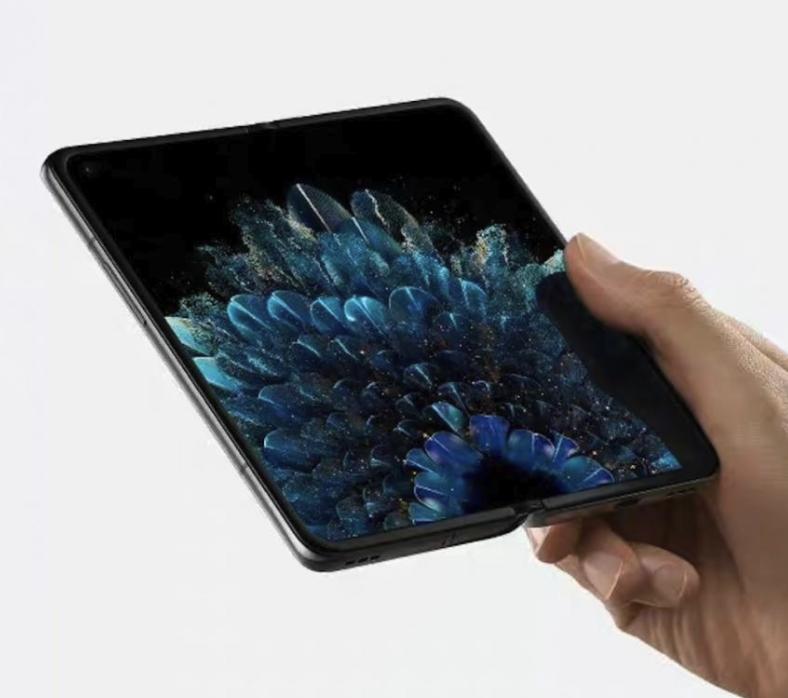 The Find N features a similar design to Samsung’s Galaxy Z Fold series, with a large, squarish folding OLED panel on the inside and a smaller screen on the outside that can be used when the phone is closed. The 120Hz inner display is 7.1 inches diagonal and has a slightly landscape 9:8.4 aspect ratio, unlike the Z Fold display, which is taller when unfolded. This means you don’t have to rotate the phone 90 degrees (with the fold horizontal) to watch videos at their largest size. There are dual stereo speakers located at the bottom of the phone, too, which further improves the experience of quickly opening the phone up to watch a video.

The screen looks great. Lau confirmed that it’s a Samsung-made panel, but says Oppo has heavily customized it and holds its own patents. The screen is protected by UTG (ultra-thin glass) and Oppo rates it for 200,000 folds, the same as Samsung. The crease in the panel is wider but much less visible than in the Galaxy Z Fold 3 because it wraps around a unique teardrop-shaped hinge that Lau says is also heavily patented and costs $100 to build alone. Another benefit of this design is that the phone folds shut without leaving a gap between the two halves of the display. You can feel the crease under your finger, but it’s difficult to see in regular use from all but the widest of viewing angles.

The outer screen is much more like a regular smartphone than the Z Fold’s. At 5.49 inches with an aspect ratio of 2:1, it’s actually very usable — if it weren’t for the folded device being twice as thick as a regular phone, it’d feel like the compact Android flagship that no-one else is making. The hinge does make for a larger bezel on the left side of the screen, of course, but it’s not intrusive. My biggest complaint about the outer screen is that it’s only 60Hz, which wouldn’t necessarily be a problem but feels jarring when the bigger, much smoother inner screen is right there.

The rest of the Find N’s spec sheet is what you’d expect from a 2021 Android flagship. There’s a Snapdragon 888 processor and up to 12GB of RAM and 512GB of storage. The main camera is 50 megapixels, using the same Sony IMX766 sensor from the OnePlus 9 Pro and Oppo Find X3 Pro, and is joined by a 16-megapixel ultrawide and a 13-megapixel 2x telephoto. The battery is 4,500mAh and can be charged at 33W with a SuperVOOC cable or 15W wirelessly. There’s also 10W reverse wireless charging and standard Qi support. A fingerprint sensor is located in the power button.

Oppo isn’t quite as ambitious as Samsung with its custom software for multitasking, but there are a few gestures that help make the most of the bigger screen. You can pinch with four fingers to collapse a full-screen app into a smaller floating column, or split the screen in half with a two-finger swipe down. Oppo has also customized many of its own apps with features designed for the folding screen — for example, if you prop it open at an angle, the music app can display lyrics on the top half.

One obvious concern is durability, and it’s one that I can’t speak to after having had such a short time with the Find N. But I can speak to the design, and I think Oppo has a winner here. The Find N is sleek and easy to use whether it’s open or closed — it strikes the balance between both configurations better than any other foldable phone to date.

I would say that the Find N should have Samsung worried, but unfortunately Oppo is only going to sell it in China, a country where Samsung phones have almost no presence. It’ll go on sale from December 23rd for a surprisingly low price of 7,699 yuan (about $1,200) for a model with 8GB of RAM and 256GB of storage. 8,999 yuan (about $1,400) gets you a 12GB/512GB model. For comparison, the iPhone 13 Pro Max starts at 8,999 yuan in China, so while the Find N isn’t exactly cheap it’s well within mainstream flagship phone territory. The Galaxy Z Fold 3, meanwhile, starts at $1,799 in the US.