When it comes to democratizing technology or especially stuff related to telecom, no other brand does it better than Reliance. Be it the CDMA phones back in the day that introduced the leased smartphone concept in India as well as free incoming calls to the extremely affordable 4G connectivity that Reliance introduced in the country.

Similarly, the Jio Phone that the company launched a couple of years back at an affordable price point, offered 4G connectivity on a feature phone and free calls at a bare minimum monthly commitment.

Snap to current, Jio as a telecom service provider has also started testing the 5G network in India starting with Mumbai. Hence a combination of this indigenously developed 5G technology and affordable 5G smartphones could become another milestone in the Indian telecom Industry and in democratizing 5G connectivity in the country.

The company had long back announced its plans to launch 10 crore smartphones in India when it collaborated with Google. These low-cost devices are expected to bring over 350-million feature phone users to the Indian smartphone ecosystem.This highly ambitious plan could give sleepless nights to a lot of smartphone makers especially the Chinese companies that thrive on selling affordable Android devices in India.

Now that the date for Reliance’s annual general meeting has been announced and it is widely anticipated that the company may showcase its affordable 5G phone lineup at the event, let us look at whatever we know about the impending launch.

Reliance introduces all the products during the AGM held once a year, hence it is expected that the budget 5G phone could also be launched during the upcoming 4th AGM of the company on June 24.

That said, the Jio Phone 5G is not the only smartphone that the company has ever announced. Apart from the Jio Phone and Jio Phone 2, that company had a lineup of affordable 4G phones under the Lyf series.

This series consisted of entry-level and mid-segment Android phones that the company sold under different labels that derive their name from the 5 basic elements of cosmic creations according to the Hindu Mythology. 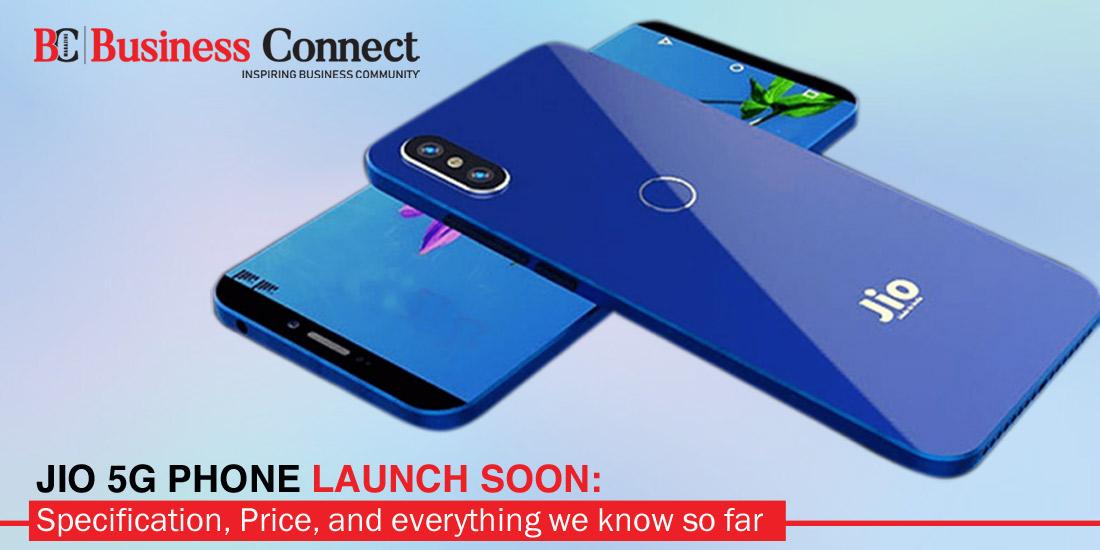 The labels that Jio has already introduced under the Lyf series are - Earth, Wind, Fire, and Water.The only element left here is Sky or Akash and it is possible that the upcoming 5G phone could carry the same when launched.

As of now, there is no information about the price of the upcoming 5G phone from Jio. Unlike 4G, 5G phones are still at a nascent stage in India and the interest around the technology is limited to the geekiest of the few from the country.

Probably with the availability of a commercial 5G network, we will have more people interested in adopting the next-gen connectivity.

That said since the 5G phones in India are already priced as low as Rs. 13,999 and brands like Realme promise to bring cheaper 5G phones to India, we can expect the Jio 5G phone to be priced competitive from day one.

In case we are not looking at more than one such device from Jio, we can expect the price to be around Rs. 7,000 at the launch, though a few reports are suggesting the launch price as Rs. 5,000, but that could be mere speculation.

The reason why we feel that the price of Jio’s 5G phone could be around Rs. 7000 is because Reliance may be looking to make a statement for the tech world that it is offering the cheapest 5G phone priced under $100 5G.

However, at this point, these could be just assumptions as Reliance and ensured that no information about the device gets leaked ahead of the launch. Even for the availability part, we will have to wait for the official announcements.

In terms of the specifications of the said phone, we do not have any concrete information available as of now. However, based on the previous collaborations and reports, we can try to paint a picture here.

To keep the price of the phone as low as possible, it would ideally not be a spec monster. Hence, to support entry-level hardware we can expect this phone to run on a custom version of Android. Both Google and Jio are already working together to create a superlight version of Android for entry-level devices. This custom version is reported to be even lighter than Android Go and could be called JioOS.

Though, there is one more device that both Jio and Google are making in tandem – a budget 4G phone. However, it is experiencing delays due to the global chipset shortage. It is likely that the 5G phone from Jio also may face constraints due to the same supply chain issues. And if that is the case, then the company may announce the 5G phone during the AGM but it might start retailing on a later date or may only be available in limited quantities.

Apart from the Jio Phone 5G, another key product that may attract a lot of eyeballs is the JioBook. This rumoured device is supposed to be a super affordable laptop designed for students and people from the low-income gamut and is expected to come with built-in 4G connectivity.